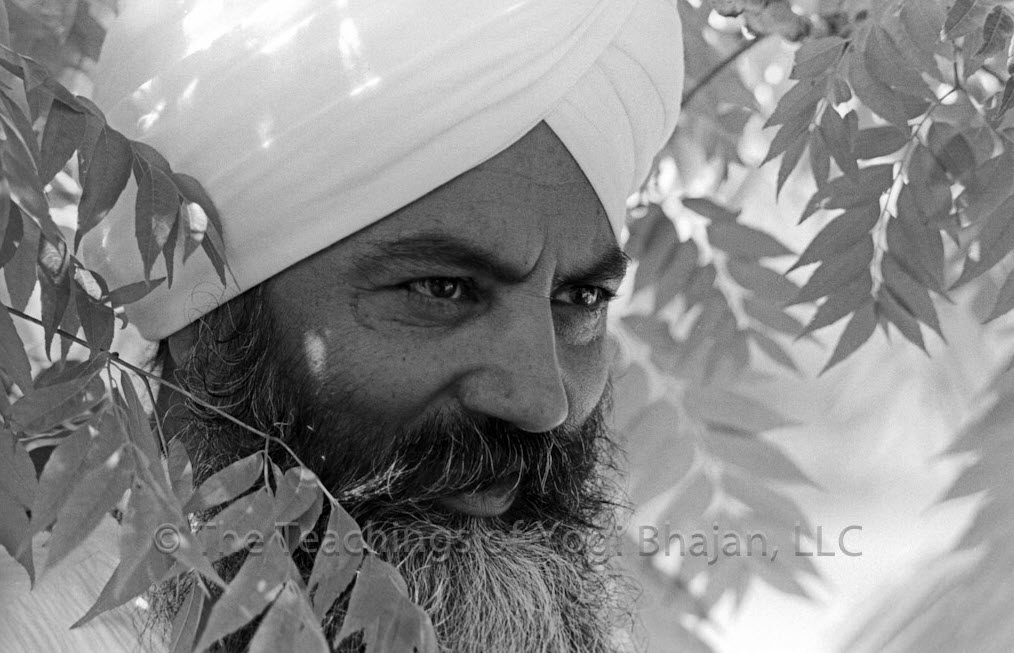 This passage was shared by Karta Purkh Kaur Khalsa of Kalispell, Montana of page 91 of the book, “The Man Called the Siri Singh Sahib“, which was published in 1979.

He lives in a finite form, but he exists in infinite forms.   The Infinite aspects of this human are manifested in the words, pictures, and memories of him, that shall remain throughout the ages.  Like the breath, which will sustain those alive and struggling, so will his words, sustain those aware and seeking.  Like the pictures of beautiful mountains, his image will show the majesty and grace which was his.

His walk on earth, is like that of Moses, up Mount Sinai trying to re-establish human values and spirituality, each step, each sign, each slip, felt and known, with the difficulty, dedication, and dignity, of a life journey, devoted towards serving others.

His eyes reflect the unknown essence of your soul, like the walls of a mountain cave before the purity of a deep spring.  He stands like the Ponderosa Pine rooted in strength and commitment, flexible only to the winds of change.  His words rain like nectar – pure and sweet- merging yourself into the river of Universal Truth.   His silence envelopes you in contented awe, like the mellow sunset, quietly enclosing the horizon, in still colors. His life history abounds with deeds of courage, which only soldiers and saints have performed.

When he smiles, you see the sweet simplicity of life and when he laughs, you hear the joyful music of Infinity.  And when you touch his feet in respect and humility, you know the power of purity, the essence of eternity, and you know the Love that lives everywhere.