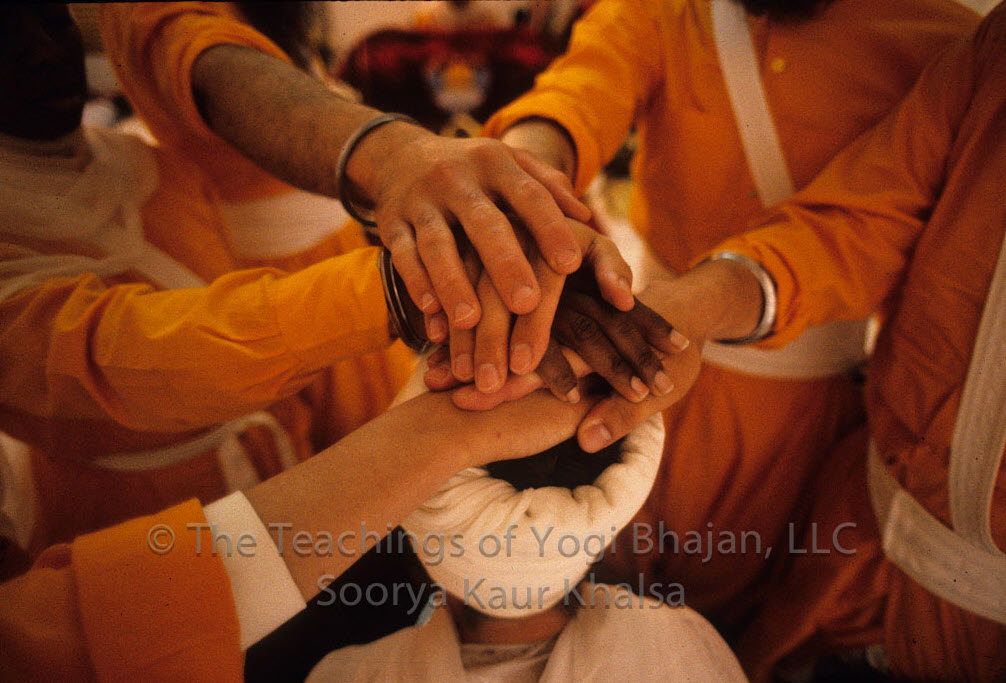 Author note: please forgive my fuzziness on some of the details…😊

The Babar Khalsa from Yuba City, CA had challenged Siri Singh Sahib for having broken his Amrit vows during a medical procedure. He basically told them that if it was so important to them then they should come to Los Angeles and perform the ceremony. Siri Singh Sahib asked someone to gather other Sikhs from the Sangat to join him in receiving Amrit.

I had returned from GNFC, the school in Mussoorie India in 1987. My parents had gotten a divorce and my father no longer supported my sister and me to go to school there. I enrolled in public high school soon after returning to Los Angeles. I wore my Indian school bana to school. Something inside me knew that I needed to have my Sikh uniform (like armor) on to protect me from who knows what.

I was 16 and very clear that I was Khalsa inside and out. When I was asked if I wanted to take Amrit, there was no hesitation. I said yes right away. I had already memorized Japji and Kirtan Sohila and was reciting them every day. I felt ready to take on more of a commitment to my identity as Khalsa.

I was told what I needed to do to prepare and I was ready when the morning of the ceremony arrived. In the early morning, I walked to Guru Ram Das Ashram on Preuss Rd. Standing outside the doors in bright orange cholas were two very tall Punjabi Singh men. Each one had a long spear (similar looking to the guards at the Golden Temple). Their job was to only let in the participants and the Punj Pyare performing the ceremony.

The five banis were recited by the Punj Pyare as the Amrit (nectar) was prepared. My memory was that the room was warm and it felt like I was in a cozy embrace. It was magical and beautiful. I believe that Siri Singh Sahib was the first candidate to receive the Amrit. I watched in awe at the process and blessing of Amrit that he was given.

At some point, it was my turn. I stepped forward and sat in front of the Guru and the Panj Pyare. I opened up the top of my turban to expose the crown chakra. At that point, one of the Pyara told me that my kanga was broken (it had fallen and broken earlier that week) and needed to be replaced. A new kanga was brought. I was given the Amrit and it was explained to me what my commitments and the reheat as Khalsa were from that day on. One of the commitments was to chant “Wha-Guru, Wha-Guru, Wha-Guru” with fast repetition as often as possible while I was awake. I was excited and inspired and felt that I was entering a new phase of my life.

At some point, later on, I asked Siri Singh Sahib if there was anything that I needed to know, now that I was Amritdari. He explained that the correct way to chant was “Wahe Guru”, slow and enunciated. He said that the fast almost hyperventilated “Wha-Guru” would cause imbalance and insanity.