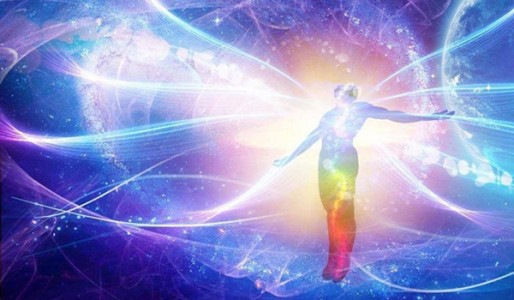 Excerpt from a Commentary by Gurucharan Singh, originally published in The Inner Voice, February 1991 and revised October 2001

Ang is ‘a part’. Sang is ‘in every,’ or ‘with every’.  Wahe is ‘the indescribable living ecstasy of Infinite Being’. Guru is ‘the knowledge that transforms your mind, emotion and essence.’ The whole phrase means, “The Infinite Being, God, is with me, and vibrates in every molecule and cell of my being.”

This mantra expresses a universal truth. Repeating it creates a thought, which gradually guides the psyche to adjust itself. It re-connects every fragmented projection of the psyche, each separated part of the body, and synchronizes the finite sense of self to the Infinite Oneness. This act of rejoining the separated parts is the quintessential act of healing. Under attack, under war, under the pressures of fear, this meditation keeps us together, conscious, and ready to act. It brings the inner peacefulness that comes only from the touch and scope of spirit.

Siri Singh Sahib, Yogi Bhajan gave this Mantra as a practice for peace and to deal with the mental imbalances caused by war. He first gave it during the war with Iraq and again gave it for its healing power and strength. To meditate, chant the mantra in a steady pace. Enunciate each sound precisely. This will help heal the wounds of war that tear the psyche apart. There is a phobia that comes in wartime. It is the feeling that all that is familiar is actually unfamiliar. The fear is that those you love can turn against you or that those you love will be torn away. Then the psyche becomes depressed and defensive. The mind contracts and loses touch with its resources and with the larger flow of the Universe. This meditation acts like a healing balm to center the mind and focus your spirit.

“These are times of trials and tests. No one should take them lightly. At the same time, no one should be negatively serious and depressed. At this time you need your spiritual strength to go through this as individuals, as a family, as a community, as a Nation and as a Dharma. I urge you to come out with positivity and encouragement to help other people. One-half million military personnel in the Gulf have many millions of concerned relatives, and they are not all yogis who know the technology to balance their nerves and emotions under such great pressure. Offer consolation to families that may need your help. You can indirectly serve many people with your brightness of spirit, your service and your love of God and spirit.”

Whether you are directly or indirectly involved, the nature of war and the psyche of war can lead normal people to war phobias. The instability of events, the constant news, the discussions and speculations create a prevailing atmosphere that tends to create phobia. This is a time to strengthen, consolidate, and pray for peace so it may come soon.”  ~Siri Singh Sahib, Yogi Bhajan

This is even truer now. The war of terrorism affects everyone. We are all interconnected on the planet, in our psyche and through our emotions. We feel the distress of people dying. The rush of battle and the challenge to perform excites. All the emotions, positive and negative, form a global adrenaline rush in the psyche. This leads some people to act from the subconscious sensitivity to the energy. Some people pray. Others eat more, or sleep more, or fight more. There are many fears in the subconscious which awaken and which are projected on other people. The war phobia Siri Singh Sahib, Yogi Bhajan refers to can progress very gradually through a whole community and lead to nervousness, depression, drug usage, prejudice against apparent enemies, and against people who are perceived to be in some way different than ourselves.

We need tolerance, positivity, and endurance under the pressure of this long war and its many atrocities. The best way is to exercise and change the nervous system first. Change the set points of the sympathetic and parasympathetic nerves that encode your state of arousal and anxiety. Then, when calmness is achieved, plant a seed for peace and higher thought. Chant a mantra that guides the mind into a pattern beyond the current strife.