It has now been one year (*editor’s note:  this article was written in 2012), since the Sunday afternoon when my dear brother, Sat Purkha Singh, went upstairs in the house where we all lived together with my husband and son, to take his after langar nap.

During that nap, without any fanfare, Sat Purkha, True Being and “the Real Deal” as he liked to call himself, quietly slipped out of his body and went Home for his reunion with Akal Purkh, Eternal Being, the Really Real Deal.  It was an ultimate departure the likes of which the rest of us can only dream. He left in total alignment with the true Yogi and servant of the Guru that he was, putting in his day of selfless service starting with ishnaan seva in the amrit vela, singlehandedly carrying carpets back inside as an unexpected rain began to fall, pausing to join in the meditation in the back of the Gurdwara for victory in our lawsuit, assisting in the first Prakash of Siri Guru Granth Sahib Ji for the day, and finally, setting up, serving, and cleaning up after langar.   With his work done and his mission complete, he consciously drew his last breath, completely whole and intact, unquestionably in cherdi kala, and easily returned to the One.

Since the moment that I ran upstairs to call him to dinner that night and discovered that he had kept a far more pressing appointment with Azuriel, the angel of Death, I have deeply pondered over his life and more importantly, his final merger.  The desolation and sadness that I felt in being left behind without the big brother that I’d always counted on to show me the way, and the loneliness I felt without my friend and mentor who knew and understood me inside out because we shared the same family of origin and ended up together in our true family as Khalsa, was at first unbearable. It has gradually been replaced with peaceful acceptance of his breathtaking passing and wonder and awe at who he was in his life and who he had evolved into before he left.  I live day by day, moment by moment, in the memory of his legacy of always paying attention to and most importantly, hearing the Call, and then being ready to answer the Call, no matter what, come what may.  That is truly how he lived; it is certainly how he died.

Sat Purkha Singh was a big man in all ways.  Tall and physically massive, he always took on more than ever seemed possible for one man to do.  He had huge successes and huge failures in his life.  He was brought to his knees more than once and he always maintained that true success lay only in experiencing failure and in being able to get up and walk in faith after losing everything. 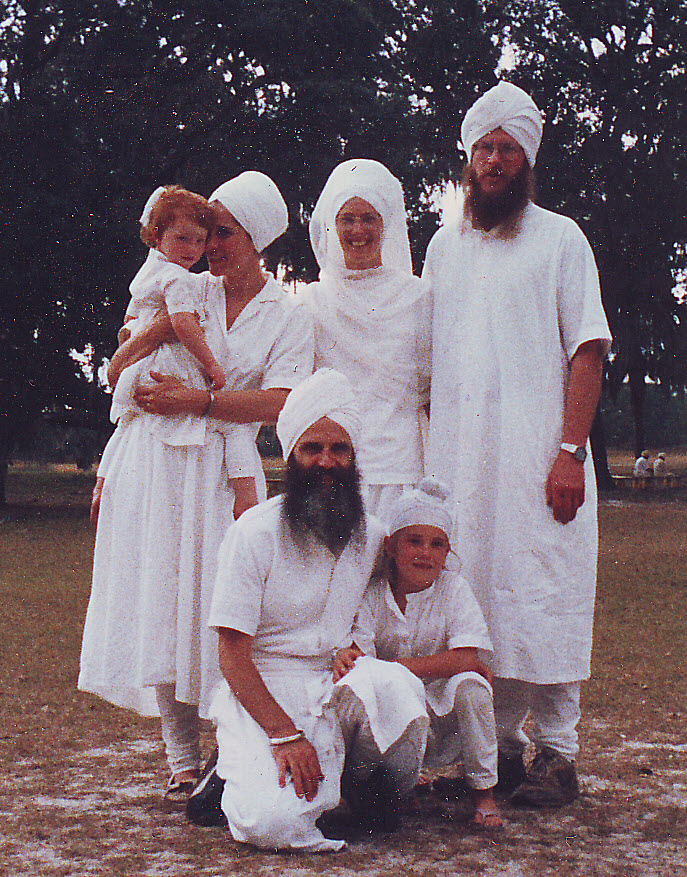 Sat Purkha Singh with his wife, two children, sister and her husband

Sat Purkha loved and venerated the Siri Singh Sahib with fierce devotion and wrote to him frequently.  He held up the responses that he got as his model for the highest consciousness that he aspired to.  He lived from breakthrough to breakthrough in his meditation and in his business which he approached as a meditation, continually reaching new levels of awareness and understanding, kindness and compassion.  He was the most devoted practitioner of these teachings that I have ever been blessed to witness.  Time after time, he would tell me, “it was the best Sadhana I have ever had!”  and he meant it.  It made him so happy he would cry tears of delight when describing his experience with the Lord of the Universe.  And it was surely in that deep longing in his heart for merging with God that his prayers were answered.  God tested his heart with His touchstone and found it to be pure and reclaimed him as His own.

Sat Purkha’s life, like many of the unsung heroes that form the backbone of this precious dharma, was made up of quiet, unrecorded daily deeds that were full of grace and humility.  He didn’t have throngs of students and he never recorded a CD, but he was the one who after learning that his sister had just mistakenly poured out a bucket with 2 cases worth of coconut water that he had laboriously and painstakingly extracted from the coconuts, thinking that it was dirty water, simply responded, “that’s OK.”  He was the one who at the drop of a turban, rushed to Guru Ram Das Ashram for overnight sevadar duty when the scheduled one was stuck in traffic or was not able to make it due to a last minute change of plans.  He was the one who always said yes to driving someone to the airport, yes to serving in any capacity, no matter how difficult or inconvenient.  He was one who through his example and model of life that was visible for all to see, only worked for the commonwealth, the “common wealth of all” with never a thought of enriching himself.  He was the one who after surrendering everything to God was ready to move to New Mexico and serve his dying wife, Nav Jiwan Kaur, and instead silently departed himself to simply show her how easy it was to let go. 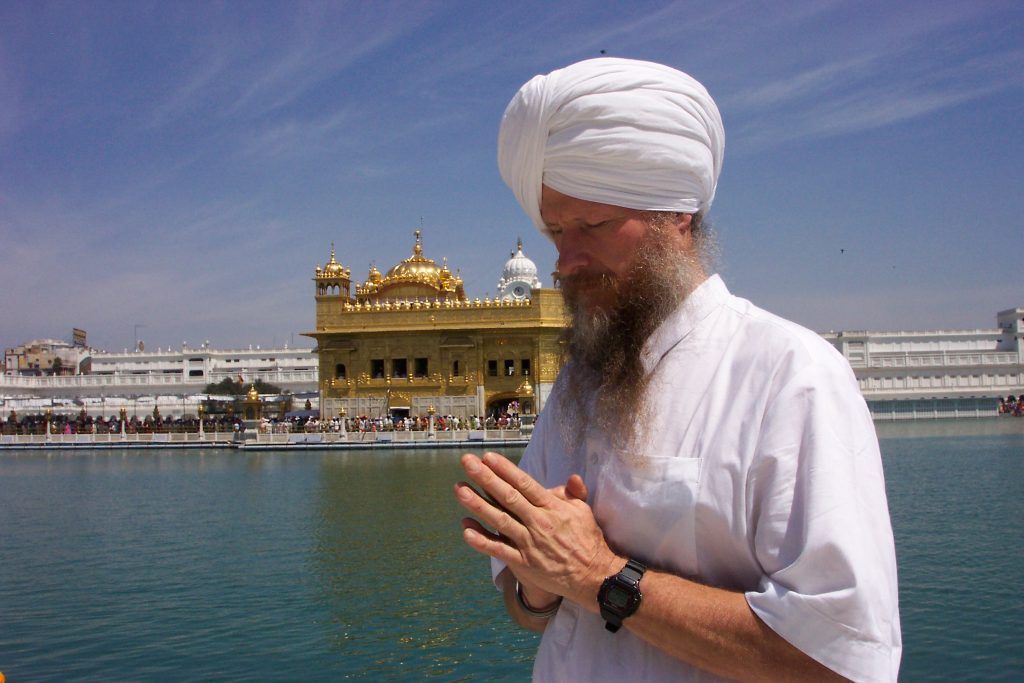 Nanak says such a one and all the ones “who have meditated upon the Naam, and departed after having toiled by the sweat of their brows, O Nanak, their faces are radiant in the Court of the Lord, and many are liberated along with them!”  I say, “Sat Purkha Singh, it was an honor and privilege to be your sister in this lifetime and may we all live in the example that you leave us.”