Las Vigas and the Siri Singhasan

In the midst of that fullness, perhaps, on his second or third visit, the Siri Singh Sahib was sitting up on the front platform gazing at the ceiling.

“Look! This Gurdwara was really built properly. There are 11 Gurus and there are 11 vigas.”

That was when I realized, that although the community came together, and there some who had spent most of the year working, it was truly the Guru who had built his Gurdwara. 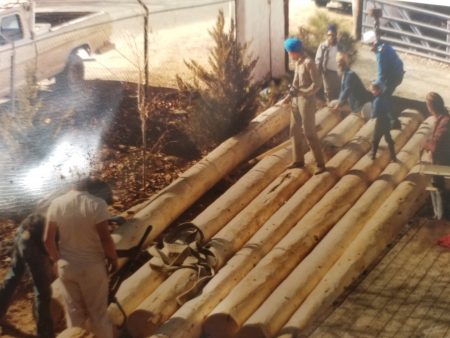 Beloveds, After the addition to the Gurdwara at Española was complete, the Siri Singh Sahib told us it was forthwith to be known as Siri Takht à Khalsa. This was… 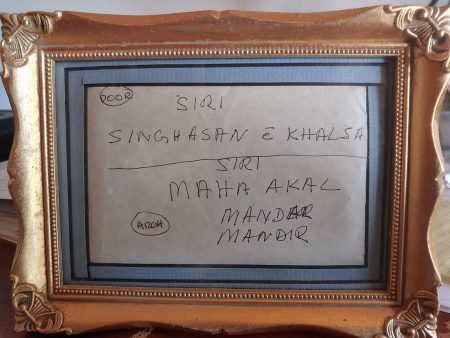 From Copper to Gold

From time to time, the Siri Singh Sahib would have me cover seemingly ordinary gifts with gold. Whenever that happened, the gift became extraordinary in the eyes of everyone who saw it.  This was my intention with the Dome Lamp.  The handwork was expertly done and its construction of copper, in and of itself, made it pretty special. It was totally fitting for the lamp to be living where it was living, but when it was returned and re-suspended from the ceiling it was spectacular.  Now that it was totally gold, no one would dare consider touching it again.

Read: "From Copper to Gold" 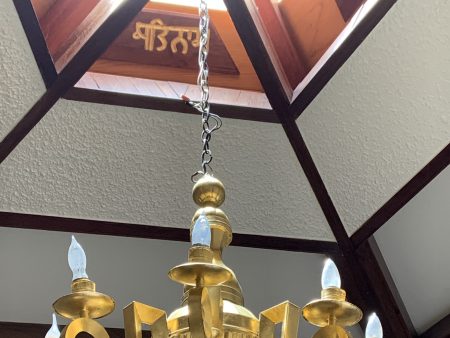 Within a week of the completion of the gilding, there was a huge lightning storm.  All the lightning was a cause of great concern.  It is easy to understand that gold is a super conductor of electricity.  None of us had any experience about what would happen when a giant ball of gold is installed on top of a tall building.  We started to get quite worried. 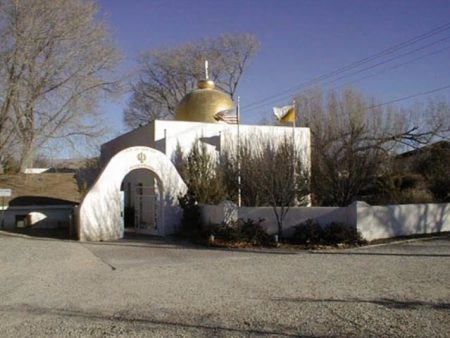 Once the Dome had a good solid structure and a smooth surface, the detail remained of how to cover it with gold.  Ceramic or glass tiles with gold glaze were discussed, but remember, this was before the days of internet, eBay, Amazon, or Alibaba, there was no access for us to such tiles, and if anything like that was commercially available, it would very pricey.

The Golden Temple at Amritsar has its gold applied to copper using a process involving the application of high heat and mercury, it was clear that we would not be able to duplicate that technique for our project. 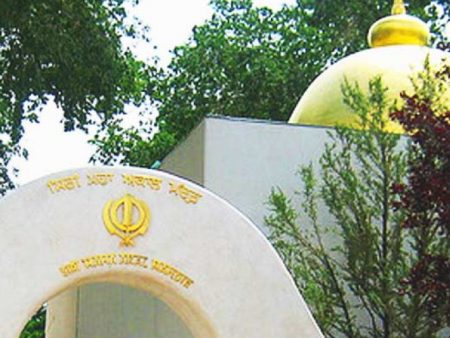 The Siri Singh Sahib was serious. He said what he meant and meant what he said. The Gurdwara needed a dome.  He called a meeting of the key builders and explained a dome would signify that our temple was not just a holy place, it was the Court of the Guru. The Dome must be covered in gold, not just painted, or looking like gold, it must be covered in real gold. 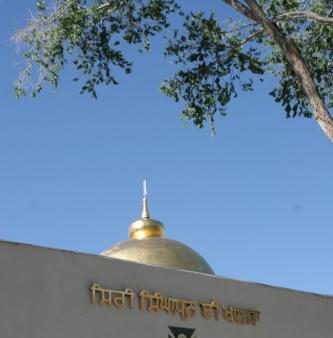 The plan was that the addition to the Gurdwara would take a year.

Work would go on all week, with others, who could join, helping out on the weekends.  First came the excavation and demolition.  The entry on the west side was torn out and the hill leading to it was cut back and leveled.  The trenches for the foundations were dug and prepared for concrete.  Don’t kid yourself, it wasn’t all hand work, there was a small budget for the project, heavy equipment was used for digging. 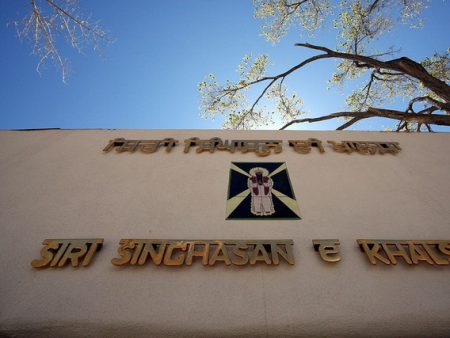 In 1974, when I was just twenty, now some forty-six years ago, I had my first personal appointment with the Siri Singh Sahib at the Ranch.  I had been living in the Espańola Ashram about six months and I had fantasy that the Siri Singh Sahib would magically pick me out of crowd, and explain to me my destiny, which of course would be monumental and staggering in its scope and breadth.  After waiting for an extremely, excessively inordinate amount of time, my youthful patience was exhausted and I made an appointment to see him. 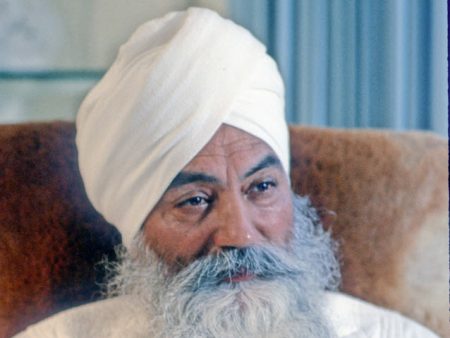 Around the second half of the 1990’s, I was in my early forties when the
Estates at the Ranch in Española was just finished. I got another project
from the Siri Singh Sahib.  He had bought six crystal chandeliers from
Jerry in Los Angeles and had them shipped.  He called ahead and asked me
to have them unpacked and assembled as he arrived. 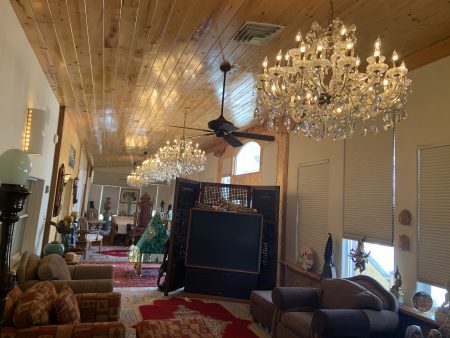