Home › Experiences › Our Stories › Being the Reflection of the Guru 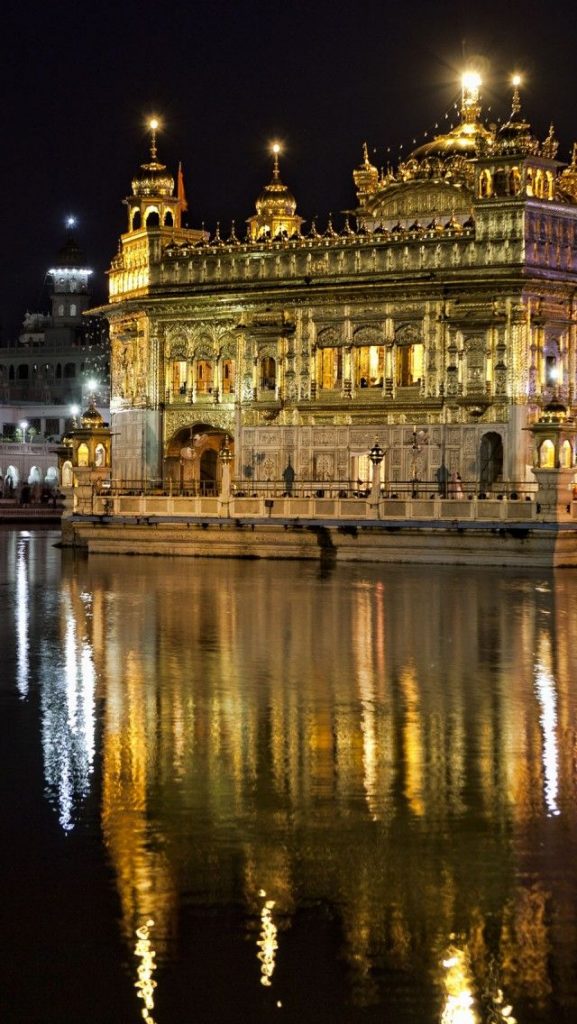 “Guru can be a word of wisdom coming through a person who has attained a state of mental consciousness to direct or guide or speak the infinite truth under all circumstances.”

This quote from the Siri Singh Sahib is in essence what he embodied as a teacher. He came from India, and although in the beginning, he felt that it was not the time to represent the Guru in the form of the Siri Guru Granth Sahib, he still brought the essence of the Guru to his yoga students. Under all the adversity that he had to face, he always represented the Guru.

He always wanted us to reach out to others and to be examples of the Guru’s light and truth and that is how I have tried to live my life. In Altadena, CA, we have been blessed to have a wonderful spiritual community consisting of yoga teachers, students, and patients from my husband, Dr. Santokh Singh’s, holistic chiropractic practice.

We have tried our best over the past 33 years to be of spiritual guidance to these wonderful people. Santokh has been the papa and I have been the mama to this amazing family of spiritual souls in our community. Whenever I tune in to Ong Namo Guru Dev Namo when I am teaching a yoga class, I am in awe of the gift that flows from the Guru through those magical words. I truly am humbled and grateful that I am able to be a tiny part of that incredible Golden Chain.

We are all so blessed to have found this gift and to be connected to so many souls who are all a part of this big extended family in all of our communities. We all play a part in bringing truth, light and love to the world.

Ripples in the Pond

The Altadena, California, ashram started in 1974. My husband moved there in 1975, and eventually became the director. Yogi Bhajan asked me to move from the Houston ashram to marry him in 1978. When I first moved there, we had 18 adult Sikhs and a few Khalsa children. We were able to have regular Akand Paths which created an amazing energy.

As some of the turbaned members moved on to other ashrams, over the years we had more and more yoga students move in. We were still able to have regular Akand Paths and eventually that changed into Sahej Paths with our yoga students participating. We always were able to teach a lot of yoga classes to the community in our ashram (which grew into The Awareness Center) and also we kept up Yogi Bhajan’s first yoga class at the Alhambra YMCA.

We started teaching our students to be teachers in the 1980’s and since the 1990’s have taught Teacher Training every year. We have had 20 to 30 teacher trainers each year and they have gone out to teach countless classes, all representing the Guru in some way.

A few of our teachers even have Gurdwaras in their homes like we do. In 1969, Yogi Bhajan dropped that small pebble in the middle of the pond and all of us in the 3HO family are a part of the ripples that keep growing outward.

In the first year that I moved here, I got pregnant with my first child, Guruprakash Kaur, and decided that I would do a 120-day Sahej Path in her honor. I also went to 10 Tantric courses (including both Solstices) with her in my belly. With the combination of daily sadhana and reading my daily banis, it was quite a special and spiritually potent year!

Connected to the Guru

The experience of the Sahej Path was personally moving to me. It connected me to the Guru in a special way and I loved the feeling of reading it all in Gurmukhi. While reading, I felt that I was transported back to another lifetime in India where this was once my Beloved language.

That next year was turbulent within the ashram dynamics and we almost lost the ashram. I did another Sahej Path for protection and realized that it helped to make things so much better. The following year, I was pregnant with my son, Sarub Sarung Singh, and of course, I did another 120-day Sahej Path for him.

I was establishing a meaningful ritual that was very healing for me and my family. With two young children, I was so busy that I took a few years off, but eventually continued doing my Sahej Paths, even though it would take me a year and sometimes more to complete. Some years I skipped the Sahej Paths but would always take refuge in the hukams.

I have lost count over the years but I know that I have completed well over 20 Sahej Paths by the Guru’s grace. You can dedicate a Sahej Path to a certain person, problem or situation and hold the space open for them as you read. The Sahej Path takes on a life of its own and takes you on its own wonderful journey which includes everyone that you know, including past generations. Keep a pad of paper or journal by the Guru and write down where you left off each day.

If you have a yogic number of days that you would like to complete one in, then divide that time into the number of pages of the Guru. The Gurmukhi versions have 1430 pages. You can print out a chart that will have the exact pages you are to read each day and this really helps to keep you focused and on track. Sahej Paths are the most personal way that you can have an intimate complete relationship with the Guru. Try doing one and see for yourself. The Guru has kept us afloat in the face of adversity.

The Siri Singh Sahib also asked all of us to get to know our neighbors and to be of service to them in some way. I think being neighborly is another way of representing the Guru’s love and light and embodies who he was as a teacher. We are blessed to live in a beautiful community against the San Gabriel mountains with a wonderful group of neighbors. All the children play on the street and run to each other’s houses and there are block parties and holiday-themed events throughout the year.

We all know that we can count on each other for little or big things and we have formed a close-knit community. (Even the Siri Singh Sahib’s jeweler, Jerry Darakjian, lives four houses down from us.) Our family just totally fits in but at the same time, people here respect us for what we represent as Khalsa Sikhs. Neighbors come to my husband to be healed when they are in pain and they have also come to us for advice, counseling, yoga and meditation.

We have had day camps where the children go to each home for different fun things. Our home is where they come to do yoga, art, and splash in the Jacuzzi. I have had neighbors ask me to clear any stuck energy in their homes or our realtor neighbor has me do it if a home is not selling. I just come and meditate and move the energy around with the Guru’s light.

Our neighbor was recently very sad because they were moving. She came and sat in our swing in our yard listening to our courtyard fountain at 3:00 a.m. She said our house was the most healing place that she knows. And she was comforted because of all the meditation that is done here.

Recently, with the Station wildfire, our neighborhood had to mandatorily evacuate while we were on vacation. Our neighbors came in and got important pictures and papers out for us. The firemen took their stand outside of our house for four days and nights and saved our homes even though the mountains on the other side of our canyon were all burned. As neighbors, the experience bonded us even more.

I go up on the hill behind our house and surround everyone with love and healing light because I feel that it is my duty as a Sikh of the Guru. In some small way, I am trying to do my part. I am so grateful that my journey as a student, teacher, wife, mother, and minister started when the Guru led me to my first yoga class in 1974, which lead me to Yogi Bhajan and to the Siri Guru Granth Sahib Ji.

Home › Experiences › Our Stories › Being the Reflection of the Guru