Home › Experiences › Our Stories › Bow to the Now 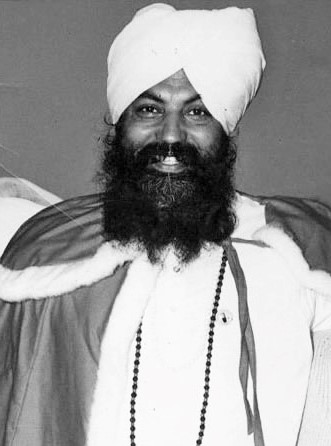 “Sir, what do teachers mean when they tell students to live in the Now? I mean, I get it, but there must be more than I know?” Along with many other students, we were sitting on the veranda of the cabin many years ago during our annual Solstice Celebration. These were always interesting times. Please, let me explain why.

The student who asked this question was a stranger to me. That usually meant that he was relatively new as many of the solstice students were. Those who matriculated to the cabin to be with the Siri Singh Sahib, Yogi Bhajan, wanted a more personal understanding and relationship. At these times he was a different teacher.
He was no longer the teacher who wanted, and demanded, more out of us; he was the compassionate, giving, helping, serving, loving teacher most new students require in order to go forward. He taught them as they needed, and, for that matter, he taught us older students as we needed. For spiritual seekers, for yogis, for devotees, for Sikhs, he was flexible as need dictated.

He didn’t demand of some, even older students, while demanding endlessly from others. This was always misunderstood as an elitist system. It was anything but. It was a system based on individual needs and the more you accepted his challenge, the more you progressed. It was magnificent. Here’s the secret: Once you commit, he’s the judge of what’s necessary, not you anymore. Surrender becomes easier by not misjudging the system – that is the key. Whatever he demands of you, do it. His demands are found in his teachings. That’s the backstory, now we can move on.

“When life is lived in the experience of devotion, you begin to live in the ‘Now’ automatically, permanently, and lovingly. The Now becomes an extension of your being. You begin to look forward to anything and everything which presents itself. Life is lived in a blissful state. So much so as to allow the sharing of this joy with others. It’s the venue of a true teacher. Living in the Now is a secure, serviceful understanding of what must be done, and doing it effortlessly and efficiently.”
The student asked, “So, you’re saying that living in the Now is a journey through consciousness? I don’t really understand?”

Our teacher adjusted on the spot. He really wanted this student to understand, so he found a way to communicate in order to be understood fully. The shift was made effortlessly. “Remember when you first started doing the yoga, and how you felt then. Remember your feeling of being called to a higher purpose, and that you are worthy of a calling. The yoga gave you the capacity to believe that you have a calling. You all know that. That’s why you all are here.”
“You wouldn’t be here unless your prayer, your destiny, brought you here. So, everyone that’s here, deserves it, even if right now they don’t recognize this. We all have been touched by God. The only question left is how much do we really appreciate this blessing? The litmus test is more gratitude, more loving service and more sacrifice. That’s where true happiness lies. All the rest is a sham. Living in the Now is happiness through duty and trust. The duty to serve whatever hand is dealt, with God’s help and guidance, and with a smile. The trust to serve that which bestows it all with love. That’s what living in the Now means.”

What a question, and what an answer. And, what a blessing it was to see our beloved teacher’s grace. The student said, “Thank you sir, I now understand what you’re saying. You want us to be great, and you know the way. You are in it for us. You believe that each one of us has a destiny or fate to live. That’s our choice, but you’ll do whatever you can to help fulfill our destiny. That’s your job.”

“Now you’ve got it,” our teacher exclaimed as he leaned forward clapping his hands in his usual show of a mutual understanding. His exclamation of “now you’ve got it” had many meanings. He could use it for almost any position he wanted. He loved these multiple kind of meanings. It could mean anything from pacification to surrender.

Nevertheless, it also meant that he had connected with this student and others around and that they had heard the truth he spoke. Their life was in their hands and with God’s help he was duty and beautifully bound to help. Stay tuned
In the Humility of Service and Gratitude,

Home › Experiences › Our Stories › Bow to the Now