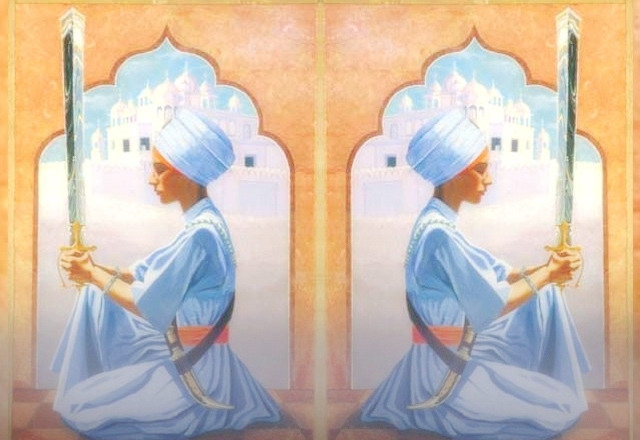 Khalsa Women’s Training Camp in the summer of 1983 was a revolutionary time for women in Sikh Dharma.  For the first time, SSS Harbhajan Singh Khalsa Yogiji (the Siri Singh Sahib, Yogi Bhajan) set the roots of the Khalsa women of the west deep into the identity of Guru Gobind Singh and the path of the spiritual warrior.   What we discovered that summer is that, unlike what most of our mother’s had taught us, women are true warriors by nature.  It is in our psyche.   And as all Khalsa warriors, we found ourselves at the feet of the Tenth Master.

That summer the Siri Singh Sahib taught us the meditation we now call the Bowing Jaap Sahib.  Normally as humans, the progression on the spiritual path comes from some type of inspiration or illumination, such as:  we feel the Hand of God, and that inspires us to get up in the morning and meditate; or we are awakened by the words of a spiritual teacher, and that gives us the inspiration to lead a spiritual life.   Guru Nanak came on to the earth and reversed that mode entirely!  He taught that we get liberation from our actions, and it is through our actions that we get the inspiration to lead a spiritual life.   We have the power to grasp our own destiny.  “Karmi aapo aapani, key neyrai key door” – By our free will, we can control our actions and it is by our own actions that we find ourselves nearer or further from God.

Guru Gobind Singh took this one step further in Jaap Sahib by defining God Himself by His actions.  Karam Nam are the action-names of God and Karam Naam Barnat Sumat means by the Action-Names of God, we come to know Him.   So when we recite Namastwung Akaaley, we say “I bow to the Undying One.”  These are powerful words and if you say them they will become a reality.   But if you DO them, if you actually bow your head, then action becomes inspiration and inspiration quickly becomes transformation.  This is the essence of the Bowing Jaap Sahib meditation.

Here’s how it is done.  Sit on your heals (Rock Pose – Vajrasana) with your spine straight and your hands on your thighs.   Recite the Mangal Charan of the Jaap Sahib – the opening stanza – with meditative attention.  When you come to the first Bujung Prayyat Chhand, bow your forehead to the floor with each recitation of “namastung” and rise back up onto your heals.

There is a rhythm to it – “Namastwung Akaaley; Namastwung Kirpaaley…”  Bow down…rise up …bow down…rise up.   Keep this rhythm of bowing and rising all the way through to the very end of the bani.  The Siri Singh Sahib taught this meditation to us while listening to Raagi Prof. Sat Nam Singh’s musical version of the Jaap Sahib.   Raagi Sat Nam Singh sings the Jaap Sahib in a steady tempo and a very smooth beat making it easy to bow and rise, taking about 30 minutes to finish.

Here are some postural suggestions from Shanti Kaur for doing the bowing Jaap Sahib kriya.

You can also download this from the Sikhnet Gurbani Media Center.

The effects of this kriya are powerful and difficult to describe.  You are uplifted to the extent that you feel as if you have bowed in front of the Creator Lord with Guru Gobind Singh guiding each namastung.  It stimulates the flow of spinal fluid to the brain, activates the glandular system and renews the energy in the body like nothing else I’ve ever done.   Siri Singh Sahib spoke about this kriya, saying:

“I’m telling you how Guru Gobind Singh uplifted his people who were crippled mentally and physically and downgraded to the extent that if somebody sat on the ground less than two and a half feet from a Moghul, his punishment was to be beheaded. If a soldier spit at you and if you didn’t catch the spit, you could be beheaded. Ten, twenty, a hundred thousand men were picked up and their blood was fed to the emperor’s hounds. That was the price of life. Men sitting normally doing a normal chore were picked up to be mincemeat, so that the hunting lions of the emperor could be fed. These were the times and this was the state of affairs. That was the rule of tyranny then. There was no appeal. There was no life. After a couple of hundred years, a movement started where man began elevating and becoming conscious and becoming visible to God and God became visible to man. And when the victory came, that is when Guru Gobind Singh used the praise of the Lord in naad. That is what is beautiful about Jaap Sahib: it raises the soul and the self of the being.”

This article was originally published on Sikhnet.