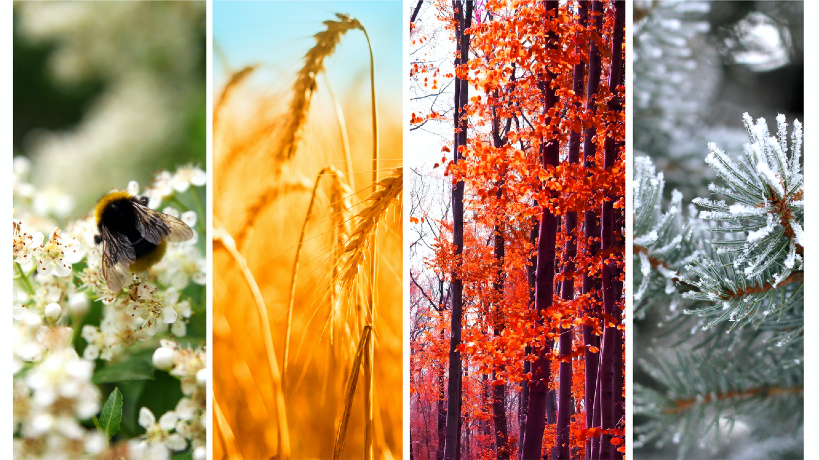 After meditating at the Lotus Feet of my Master, who has grant­ed me liberation from the cycle of time and the cycle of karma, oh, my sweet student teacher of the day, I disclose to you the secret of the Naam. If you care to listen to me this day, and you will practice, you will be liberated.
I have seen God. It is a light equal to millions and billions of rays of sunlight. It is the Cosmic Energy which is the brightest of the brightest and most beautiful of the beautiful. Nothing beyond this can be said. It is the greatest of the great. When the Master, through his blessing blesses you, you will realize this within you.

The scriptures describe Four Yugas (Ages) through which humankind has developed:

First was the Sat Yug—the Age of Truth, or Golden Age. In this Age of Innocence, man was one with the Divine, and he real­ized the vibration which this Cosmic Energy created to make Prakirti (manifestation.) Man meditated on the Nam “ONG”—the vibration of the Divine.

Then came the Treta Yug—the Silver Age, when the power of the Truth was weakened to three-quarters of it’s fullness. The being became weak. The Nam “SOHUNG”—“I am you”—was recited. Through this vibration, man acknowledged his identity with the DIvine.

Next came the Dvapara Yug—the Copper Age, when the Truth was only half revealed, and man recited “ONG NAM O NARAYANA.” He worshipped God in the form.
We are now in the Kal Yug, when the Truth is only one-quarter revealed. This Yug is known as the Dark Age, the Age of Steel or Machine Age.

The Kal Yug, or Age of Steel, is represented by a circle, the Wheel of Creation. It works with the power represented by another wheel which runs it. Constant vibrations from that Wheel of Cosmic Energy give the power of life movement to this Wheel of Creation. Now, my dear sweet love, you draw one cir­cle over the other—wheel over wheel—and it makes the figure “8”, which according to the science of Numerology represents Infinity turned sideways.

Spermatozoa take 8 circles around the egg before union takes place. There are 26 bones supporting the foot, the human foun­dation, and 26 vertebrae in your spinal column: 2+6=8.

Said the Master, “Whosoever in this Machine Age will medi­tate on and recite the Mantra which will glorify the Lord, and have eight vibrations, will open the lock of ignorance and darkness. This will liberate that being, and unite him with the Divine.”

THE ASHTANG MANTRA FOR THIS AGE

Thus the Master meditated and became one with the Lord, and gave the Mantra:
EK ONG KAR SAT NAAM SIRI WAHE GURU

This mantra has eight vibrations, and describes the glory of God. Thus said the Master, “In the time period two-and-a-half hours before the rising of the Sun, when the channels are most clear, if the Mantra is sung in sweet harmony, you will be one with the Lord.” This will open the solar plexus, which in turn will charge the solar centers. The person will get connected with the Cosmic Energy, and thus will be liberated from the cycle of time and karma. Those who meditate on this mantra in silence will charge their solar centers and be one with the Divine. That is why I speak to you of why we should meditate and recite this mantra.

All mantras are good, and are for the awakening of the Divine. But this Mantra is effective, and is the mantra for this time. So my lovely student, at the will of my Master I teach you the greatest Divine key. It has eight levers, and can open the lock of the time, which is also of the vibration of eight. Therefore, when this Mantra is sung with the Neck Lock, at the point where prana and apana meet sushmuna, this vibration opens the lock, and thus one becomes one with the Divine.

THE BLESSING OF GURU AMAR DAS

In the town of Goindwal, Punjab, India, even today this Divine mantra is still inscribed on the walls of the sacred well at the house of Guru Amar Das, the Guru of Guru Ram Das, through whose blessing today we vibrate in the Divine ecstasy. I disclose this secret of the Divine to you today, for the upliftment of humanity. Those who will practice it will be liberated and be one with the Divine.