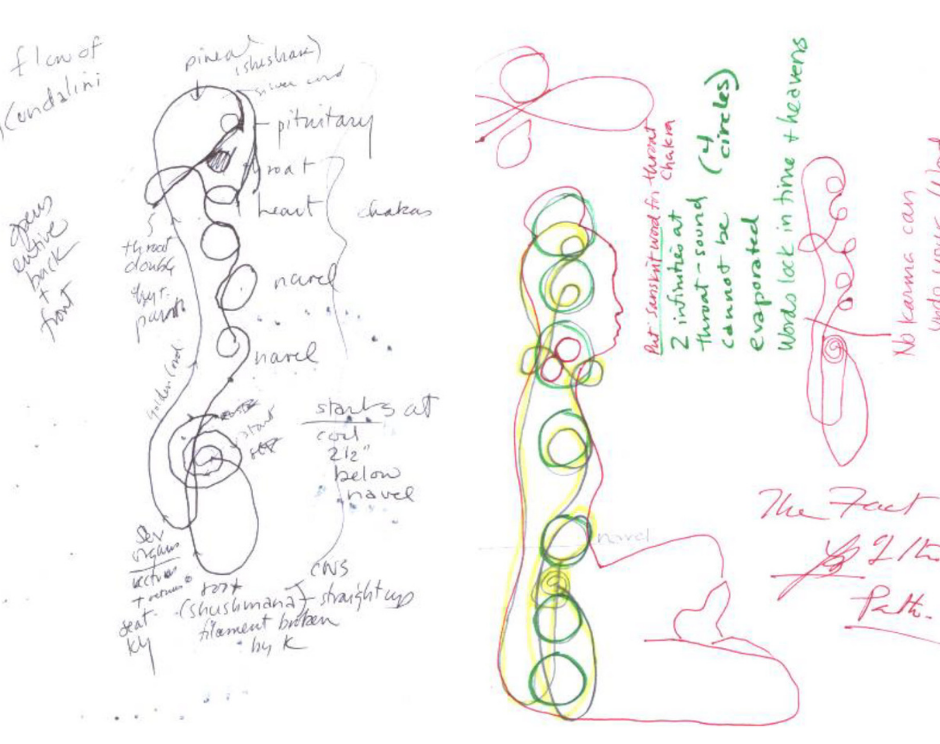 In these two images, the Siri Singh Sahib, Yogi Bhajan drew the flow of the Kundalini – not just up the spine to the Crown Chakra but down again, the whole cycle, and he signed it on the second page (image to the right).  Here are some questions about it, which Nam Kaur clarified with him later:

Q: Is it correct to say that the Kundalini travels up the Sushmuna in a spiraling motion?
A: Travels Diagonally

Q: Does other prana energy go up Ida + Pingala at the same time/ or all the time?
A: No, it joins in and becomes dormant at this time. In salutation.

Q: Does it circle the chakras as it goes up or go up alongside the spine?
A: 72,000 nadis originate in navel and go to hands + feet

Q: Also end in root chakra?
A: Every chakra has tinge of it

Q: How often does this happen in practice of Kundalini Yoga?
A: Just once, happens slowly and slowly + complete at once. Keep (doing) yoga to keep awakened

The Awakened Kundalini through the Chakras 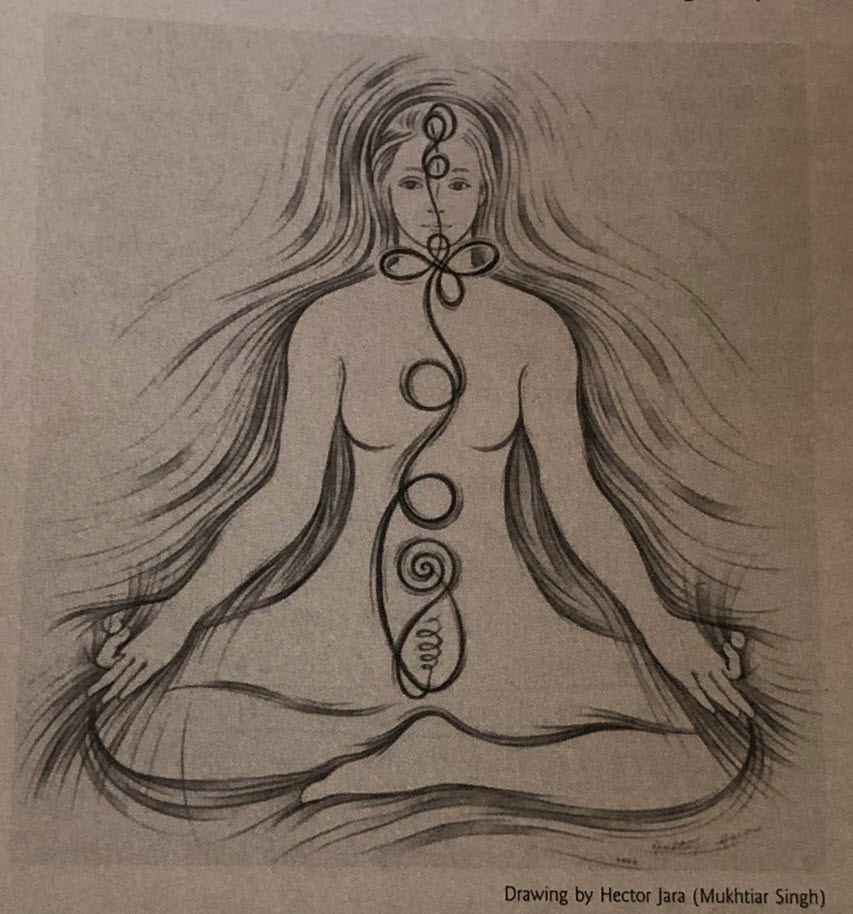 *From the “Aquarian Teacher” textbook.  The artist was a Mexican student named Hector Jara.

This drawing of a yogini shows the path of the kundalini being raised. When you practice Kundalini Yoga, the kundalini energy mixes below the Navel at the seat of the Kundalini, descends to the Root Chakra, spirals up the sushmana (the central column of the spine) to the pineal and pituitary glands in the brain, makes a double loop at the Throat Chakra, flows down through the Heart Center, Navel, and Root Chakra, and returns to its starting point.
You can see that there are four cycles of Kundalini at the Vishuddha, the Throat Chakra. These two infinities at the Throat Chakra lock your words in time and the Heavens. This chakra is the most important, though according to all the book knowledge, the Ajna, the Sixth Chakra, is listed as most important. But the most important power of a person is the spoken word, both what you speak and how you speak. Ugly words are effective, and praises are effective. The idea of a human is to use grace, not negativity.

“In all the four corners of the Universe, vibrations create victory. The word spoken with manners and radiance effectively gives infinite strength to the speaker, and the experience is Godlike.” ~ Yogi Bhajan, October 1, 1999