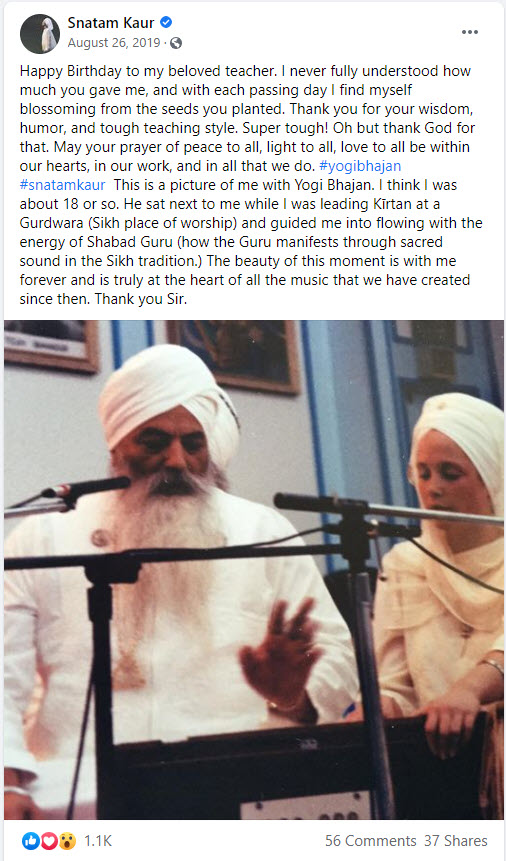 Who is Snatam Kaur

Snatam Kaur was introduced to music and spiritual practice at an early age. Schooled in kirtan, meditation, and Gurmukhi, the Sanskrit-based language of Sikh scriptures from Northern India, the young Snatam Kaur began to develop the devotion and skills that have grown and blossomed into a compelling, profound talent.

Snatam Kaur’s parents brought her up in the Sikh tradition as taught by Yogi Bhajan. From an early age, she practiced yoga and meditation daily and her mother taught her Gurmukhi. “My mother taught me the alphabet on my way to school every morning,” recalls Snatam. Her Sikh community augmented these lessons with instruction in kirtan (devotional chanting). “Through these experiences, I learned the pronunciation,” she says, “but also I learned the passion for what I was singing because these gatherings were so spiritual.”