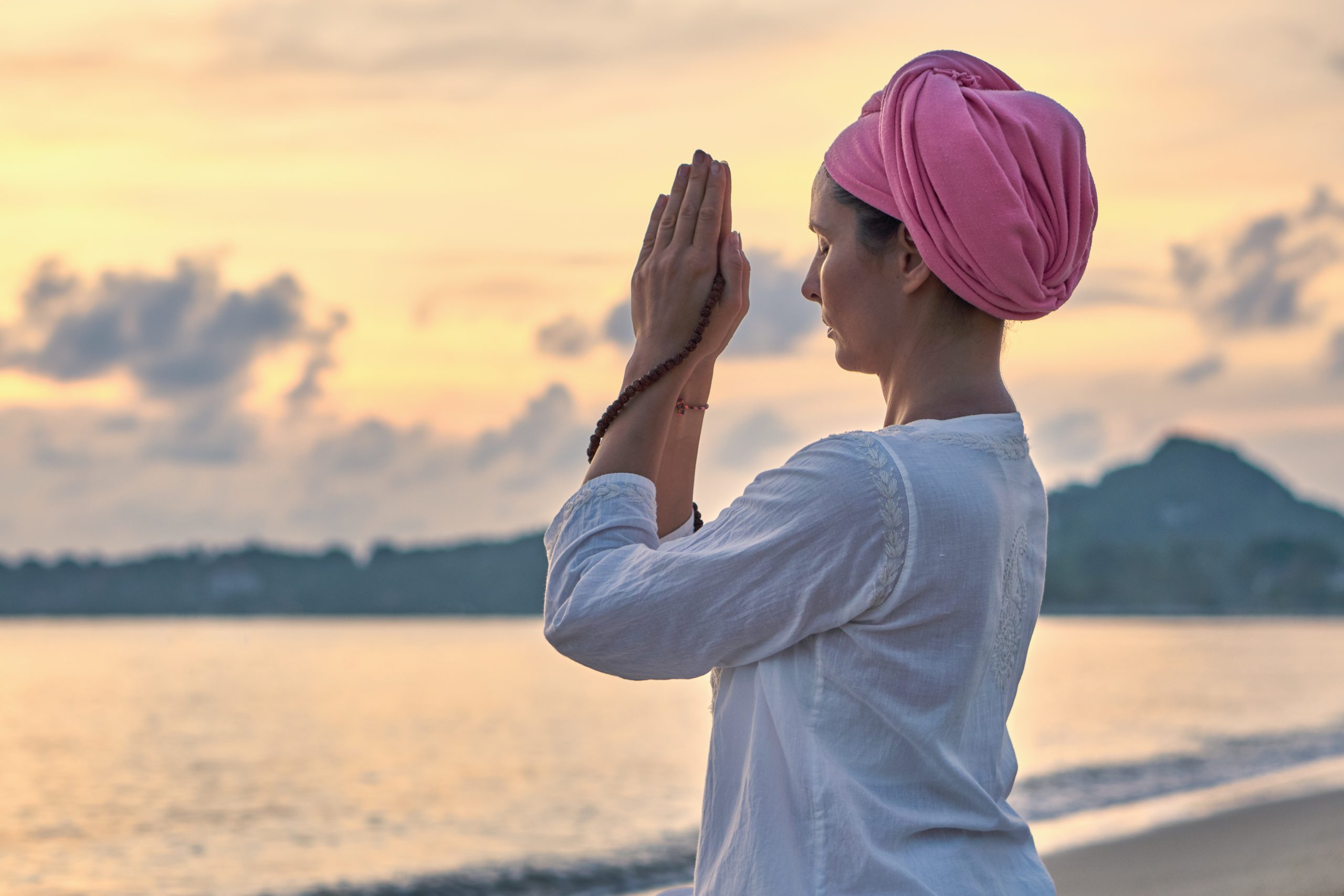 Yogi Bhajan was greatly inspired by the strength and the grace of his mother and grandmother. He observed them guiding the family, the relatives, and the village affairs with wisdom, clarity, and grace. He studied his mother as she maintained her nobility when they walked out of their home in Pakistan and then from nothing, re-established her family in India. With courage and dignity, they showed him the depth and the strength of women.

In 1976, he launched the first “Women in Training Camp” in New Mexico. He said women must learn the ancient sacred yogic technology so that instead of being called “chicks” they could grow up to become “eagles that fly to the heavens!”

Each summer for twenty-nine years, Yogi Bhajan called women from around the globe to join him at Khalsa Women’s Training Camp. He devoted more hours to women’s teachings than to any other subject. He shared unique Kundalini Yoga sets and meditations specifically for women. He taught classes daily, sometimes even three times a day! We returned to our homes with our spirits uplifted and overflowing with tools for success.

He impressed upon us that women are 16 times more powerful and intuitive than men, and her inborn capacity to excel in 16 times more than a man’s. Coming from a culture where women have been treated as “less than,” we learned that we could accomplish anything if we looked to our souls and recognized our divine power.

“What I am seeking from you is a very simple reflection of you. Be innocent, be radiant, and keep your mind unpolluted. Stop scheming and start living.” 7/25/82

Woman is the embodiment of God’s creative power, Shakti. Woman embodies the feminine aspect of God, through which He created the creation. That Primal Power is called the Adi Shakti and has been worshipped for centuries in the form of various goddesses. Every woman has that divine goddess power in her own being, waiting to be recognized. Kundalini power is Shakti power.

Through Kundalini kriyas and deep meditations, he taught us to find our depth and look within for our security, identity, and strength. He told us to be ourselves—to understand what it means to be a woman—the sensitivity, grace, power, and nobility that we can manifest simply by virtue of being born a woman.

“Your beauty, your duty, your makeup, your knowledge, your degrees, your education, and whatever else you may want to use to your advantage are based on only one thing: From beginning to end, you act as a woman in absolute grace.”

He taught special meditations for women, shared ancient secrets on health and diet for women, and lectured on virtually every aspect of a woman’s life including love, relationships, men, marriage, communication, success, pregnancy, and child raising. He even had us marching in formation, going on survival hikes, and running an obstacle course—always building our self-esteem and reminding us of the divine nature of woman as the Grace of God.

He admonished us not to sell out our character values for short term benefits, and to never compromise our grace under any circumstance. He taught us how to embrace our vastness and projection of grace and nobility, never to be exploited.

“Oh Lord of Lords of the time, if you have created this world, create those environments where everybody’s mother, sister, and every woman on this planet can live with grace and there shall be no circumstances in which she has to sell her beauty, sell her body, sell her being, or sell her consciousness to exist on this planet.” 5/9/71

He often said that the state of a nation is reflected in the face of its women. The claim that he stood behind was that when men of the world respect women, there will be peace on the planet.

“I ask every man who would seek peace to realize that peace doesn’t come by protests and rallies. Peace comes by peaceful actions, and so long as those born of the mother will not learn to respect the woman, there shall not be any peace on this planet. The day the woman will not be exploited on this planet, there shall be peace on this Earth.” 5/9/71

The archetype of the Divine Mother and the Sacred Feminine is as old as time, deeply imbedded into every cell of a woman’s body. The Sacred Femi­nine embodied within us is the essence of wholeness; and the more we honor our sovereignty—our Adi Shakti—the more we have to offer the world.

“Woman has to understand her role. Her role is not to worship God; her role is to be the very self of God. Her oneness can affect and open every heart. 7/15/94