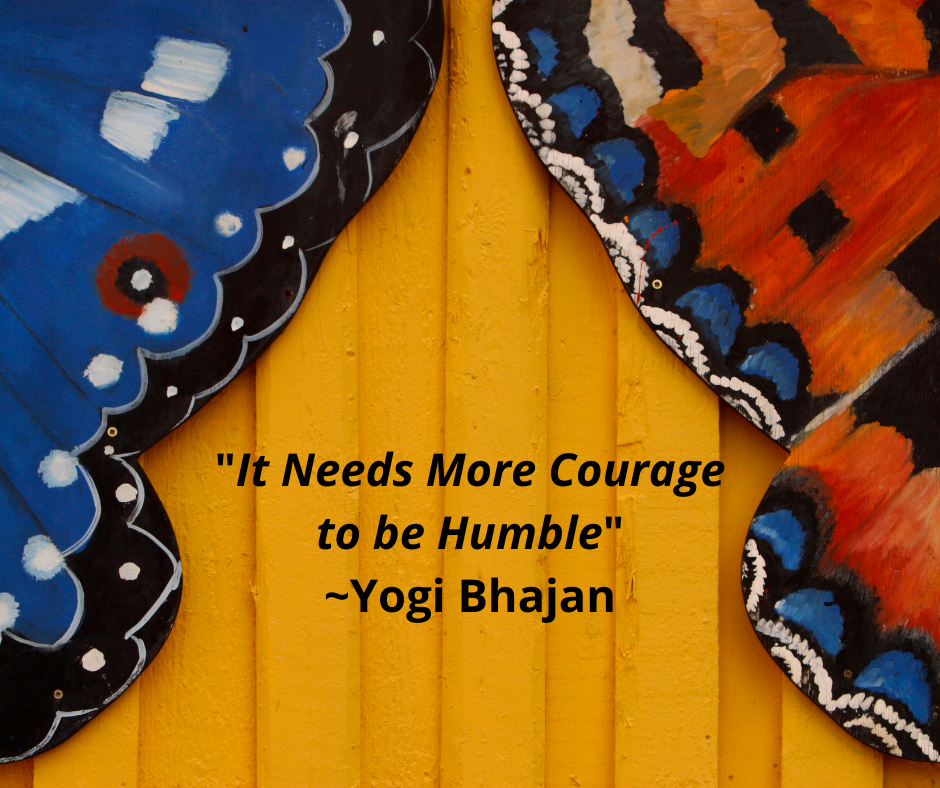 This is an excerpt of a Gurdwara Lecture in Los Angeles, CA on November 18, 1994 by the Siri Singh Sahib, Yogi Bhajan

A Sikh cannot judge right and wrong.  He is an everlasting, ever living, forgiveness for the entire humanity. That criteria of the Sikh; that general kindness of the Sikh; that grace of the Sikh, Nanak Naam Greebee… Here the word humility is considered in western world, like if you say, “you are humble”, you think oh my God, you know we are poor and humble and this and that. No, that’s not true.  It’s very difficult.  IT NEEDS MORE COURAGE TO BE HUMBLE. It is very easy to be haughty.

When a grass root man starts looking to a man, that is what Guru Nanak in his generation changed and that’s why TODAY A SIKH DOES NOT LOOK TO ANOTHER MAN.  He looks to the Shabad Guru.

The subtlety of knowledge, the concept and the projection of the power of the man, into the individual reality of the soul has been totally not only seeded but it’s sprouted and it became the Sikh and that is Nanak.  That has to be understood. Therefore, our talk, our walk, our existence, our bani, our bana, our seva and simran, has a unique projection. It’s not a matter of ethics, moral, rules and regulations.  It’s a matter of courage. It’s an attempt against temptation. The enemies within us; temptation leads us to weakness.

Listen to the full lecture here: