Home › Experiences › Our Stories › Just Like My Other Two Sons 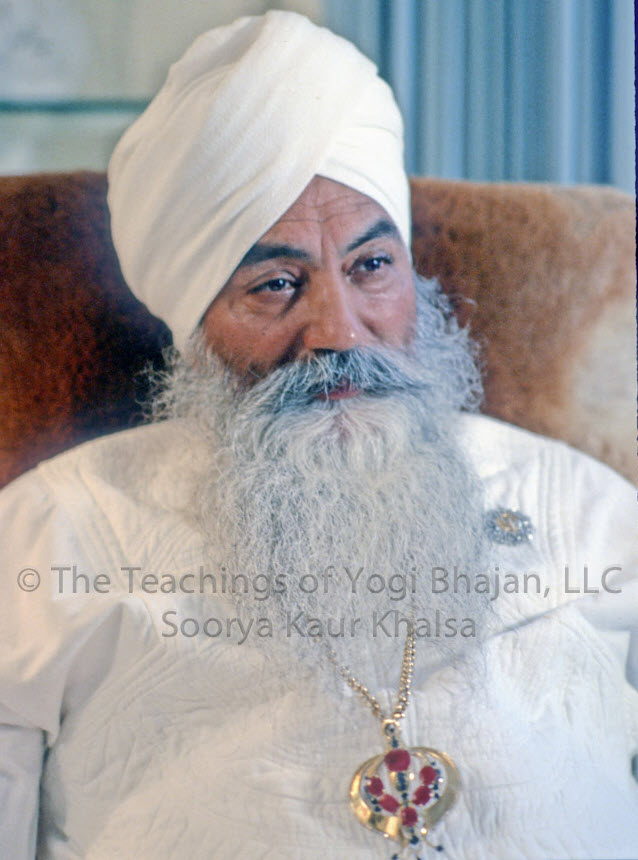 In 1974, when I was just twenty, now some forty-six years ago, I had my first personal appointment with the Siri Singh Sahib at the Ranch.  I had been living in the Espańola Ashram about six months and I had fantasy that the Siri Singh Sahib would magically pick me out of crowd, and explain to me my destiny, which of course would be monumental and staggering in its scope and breadth.  After waiting for an extremely, excessively inordinate amount of time, my youthful patience was exhausted and I made an appointment to see him.

I was working at the time with my two ashram buddies at our little enterprise, Khalsa Automotive.  Our shop was about the size of a garage, with just enough space for each of the three of us to work on one car at a time inside.  Our customers were pretty much limited to ashram members and the constant maintenance and upgrade of the Ranch fleet.

The appointment was set and the day came.  I dressed up the best I could, stopped at and was let past the Guardhouse.  It was early summer and I waited outside on a bench.  I was called in.  To this day I couldn’t tell you if there were twenty people in the room with him, or two.  I can tell you, he was sitting in his normal chair in the tiny Ranch main room.

I stood in front him. I asked, “Sir what would you like me to do?”

He replied; “Just don’t go crazy like my other two sons.”

“Do you mean Ranbir and Kulbir?”

“No! I mean the other two guys you are working with.”

That was it, appointment over.

As thrilling as it was to have my audience with him, I can’t say that at the time I wasn’t a little disappointed.  His answer did not meet my expectations.

Then I took my time to process.  I reminded myself, what good is having your question answered the way you want it?  I can do that myself.

Better, if I want someone else’s point of view, listen to what it is they have to say.  I took inventory.

First, he didn’t tell me to go do something else, so he must have thought what I was doing now, was generally ok.

Second he told me, “not to go crazy”.  If I was not “to go” crazy, taken as a caution, it is a directive, “be careful it is possible for you to go crazy”, on the other hand, I was not crazy now. That was a very good thing.

Third he considered me as a son.  That was also a very good thing.

Finally, he considered my companion mechanics to be crazy.  That was comforting, because I sometimes wondered if they were also.

Home › Experiences › Our Stories › Just Like My Other Two Sons