Home › Experiences › Our Stories › Keep Up! 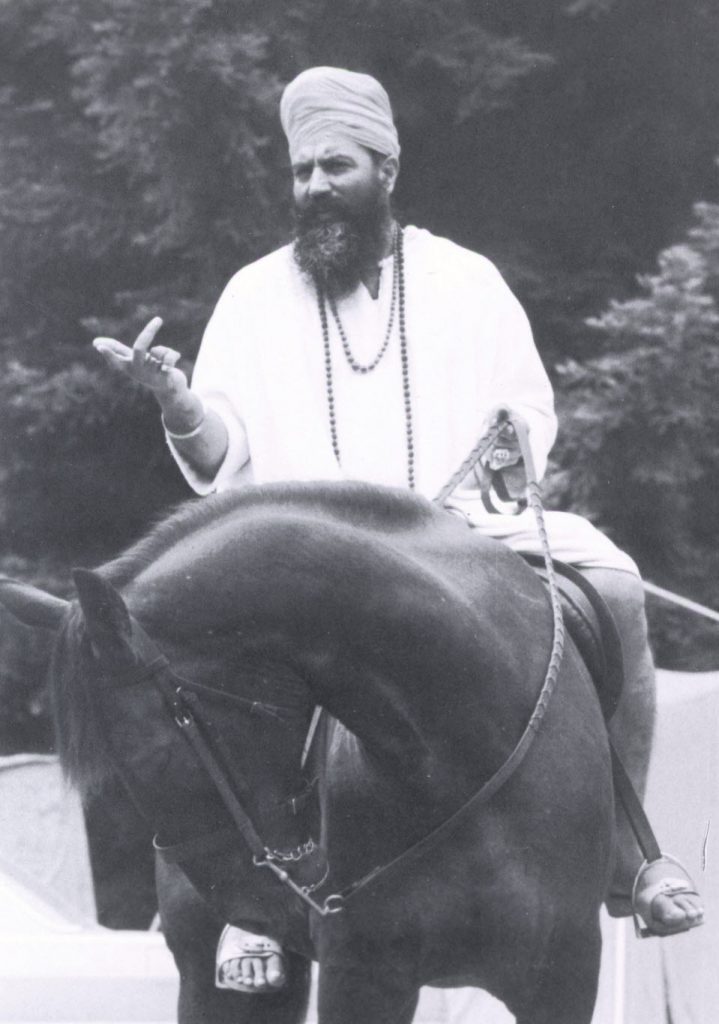 Written by Sopurkh Singh Khalsa of Los Angeles, California and published in 1979 on page 91 of the book, The Man Called the Siri Singh Sahib.

I’ve been in his presence now for eight years and have long since given up trying to understand him or stereotype him by saying, the Siri Singh Sahib is this or that.  As for roles he’s played for me – the list seems endless – everything from father, to mother, to Granthee, to drill sergeant, to buddy, to parole officer, and on and on – whatever role he deemed was necessary in the time and space to trick or kick my negative ego out, to turn me from the depths of depression and self-destruction, to the heights and beauty of the soul.  And always his strong spirit was vibrating: keep up, keep trying, keep working, you’re going to make it, just keep up.  And keep up you must, because if you don’t, I’ll give you such a swift kick in the pants, that it would have been far less painful for you to have kept up.

Home › Experiences › Our Stories › Keep Up!