Home › Experiences › Our Stories › Las Vigas and the Siri Singhasan 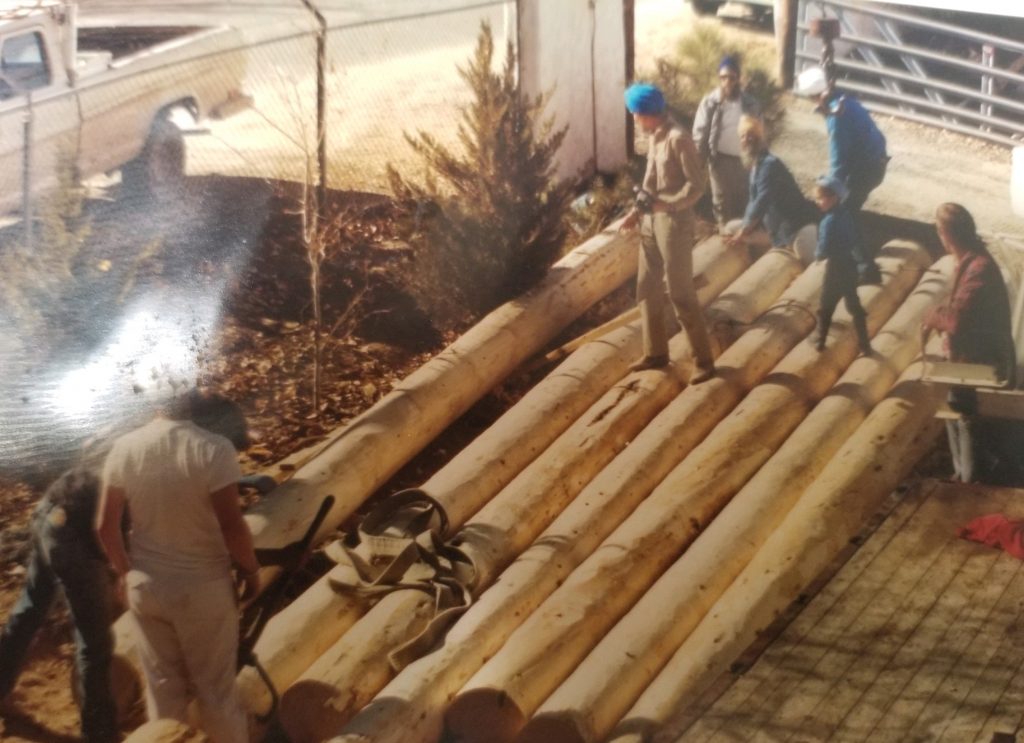 As the big addition to the Gurdwara in Española, which would become Siri Singhasan e Khalsa, was being built, it came time to find the ceiling beams. We wanted to follow the traditional New Mexico way of building, which meant using vigas. Vigas are tree trunks with the bark peeled off.

The span of the Gurdwara ceiling is around twenty-five feet, or about 8 meters to most everyone else in the world. This meant that the vigas, “las vigas” to Spanish speakers, not only needed to be long, but by necessity, quite stout. First, because that is how trees grow, and next when they are lain on their side to support a ceiling, wimpy would not work.

Gurukaram Singh and I started searching the mountains. What we were looking for was Engelmann Spruce. They grow tall; have relative small branches and uniform trunks. Thing is, there are not a lot of them around. To makes matters more difficult, we needed trees about 75 ft.
tall, about 23 meters, to harvest good, uniform, vigas long, and stout enough to do the job.

There were 12 vigas. When placed in their natural layout, which was the best fit, there was one viga extra. No worries, that one left over viga went to help build the house at Ram das Puri, nothing wasted.

When Gurdwara was finished, the Sangat from Summer Solstice, came to join the opening. Everyone was so happy.

It is not something for me to express with mere words and paper how full the world was for those first days when the Guru, finally, after waiting for so long, held court.

In the midst of that fullness, perhaps, on his second or third visit, the Siri Singh Sahib was sitting up on the front platform gazing at the ceiling.

“Look! This Gurdwara was really built properly. There are 11 Gurus and there are 11 vigas.”

That was when I realized, that although the community came together, and there some who had spent most of the year working, it was truly the Guru who had built his Gurdwara.

Home › Experiences › Our Stories › Las Vigas and the Siri Singhasan