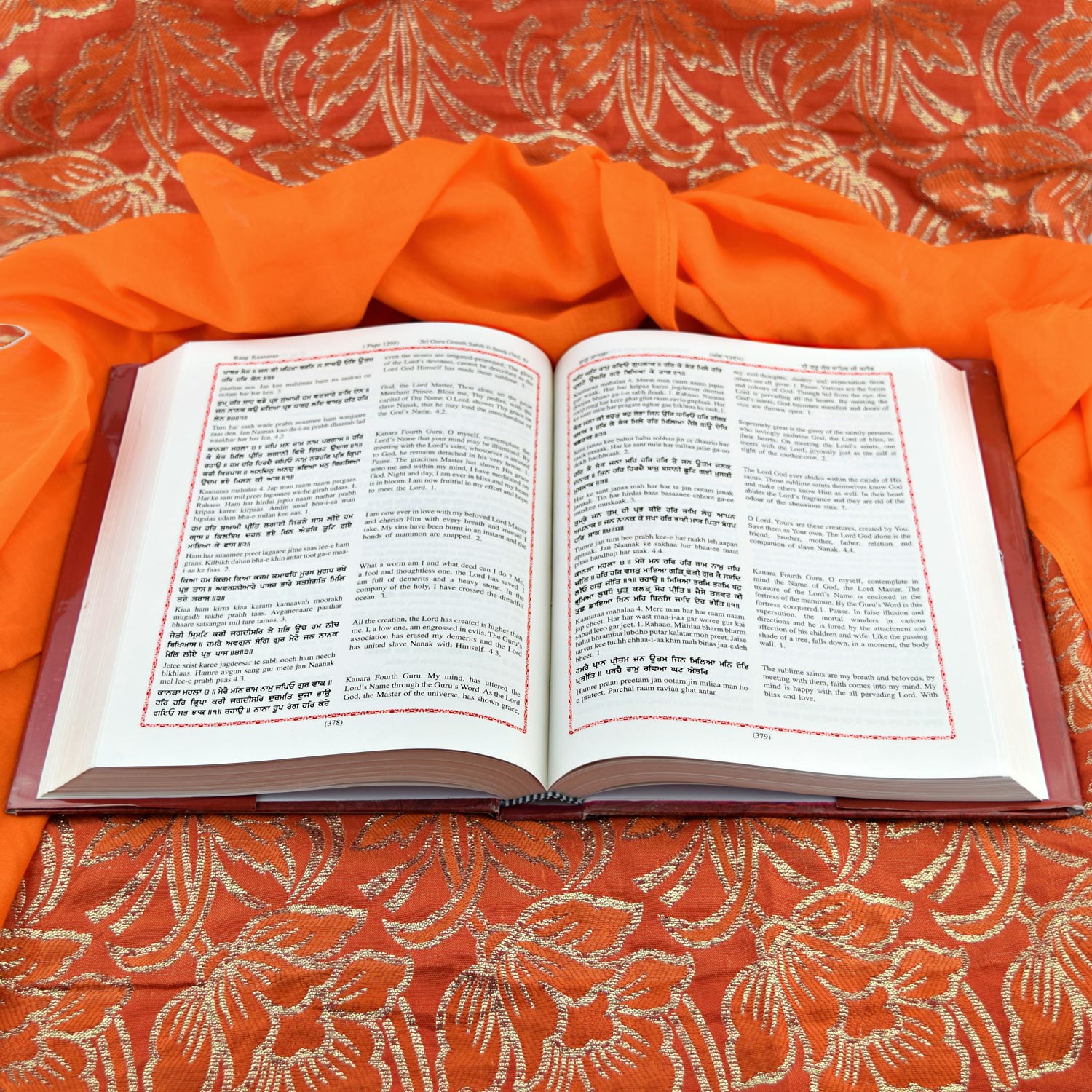 The focus of our Fall 2009 Khalsa Council Meetings was the Shabd Guru. We broke into small groups to discuss this topic. It came up in our group, through Sat Bachan Kaur, that we needed a good translation of the Siri Guru Granth Sahib.

Right away pearls of wisdom from our teacher came to me from Ladies’ Camp when he asked us to translate the Siri Guru Granth Sahib as a group of 300. I shared what I could remember from his request and the whole group lit up. Everyone was so excited about this idea of the Siri Singh Sahib’s.

I went home from the meetings that night and asked the Siri Singh Sahib to help me find his actual quote so the whole Khalsa Council and the rest of the Sadh Sangat could have it for inspiration. He put me through it, but two hours or so later there it was in my KWTC notes from July 6, 1983.

The Siri Singh Sahib told us that year at KWTC: “Somebody asked me today to explain Siri Guru Granth Sahib in one line. I said, ‘It is your own higher self-talking to your own lower self. Beyond that, I have not understood one word of it.’”

The next day my husband, Sampuran Singh, drove into Santa Fe to look for some pretty paper to print the Master’s words on. That night we stayed up late typing and making copies for everyone. As people were handed their copies, they lit up and smiled and so I knew the time was right for this.

Then I asked MSS Guruka Singh if he would take on the project. Without any hesitation, he smiled and said “Yes,” much to my great relief, and so this amazing project took flight.

In the Amrit Vela

Through Guru’s Grace, I translated 10 pages in two weeks. I want to share with you how I did it in case you are feeling pressured about not having done the translation you signed up for or would like to become part of this group project but feel intimidated by it.

This is my story; each one will have theirs. I decided to take the Siri Singh Sahib at his word. If he thought, we could do this then who are we to think we can’t. He said,” It is simple.” Five pages could be done in one week. So, OK. I’ll take two weeks for 10 pages.

I did the translation from Monday to Friday, taking Saturday and Sunday off. I got up at 2:30 in the morning. I started with reciting Japji, then I did an Ardas and took a Hukum. This was followed by reciting Baba Siri Chand’s mantra, Ad Sach, Jugad Sach, Hai Bhay Sach, Nanak Ho See Bhay Sach three times.

(When Guru Arjan was writing Sukhmani Sahib, he got stuck at the 16th Pauri and Baba Siri Chand gave him this mantra which is now part of Sukhmani and helped the rest of Sukhmani to flow.)

Chanting this mantra before the sadhana of translating helped calm me down as I was terrified of this project. Then I started writing by hand so it would flow better without using my thinking.

I didn’t really feel I was translating for this project, because as the Siri Singh Sahib said, it was already done almost word for word by Manmohan Singh. All I had to do as he requested was to “make his English sweet.”

I divided up my translation work into 10 hukams and completed one hukam each day during the Amrit Vela. Then I typed it up and emailed each one to Guruka Singh. With one or two words he was very encouraging, and this helped me keep up and get it done.

It was such an amazing experience. I’m not going to lie to you: just like any other meditation, it was grueling, but I felt so cleansed afterward. Just surrender to the flow and see what comes through and it will come through beautifully.

This morning I re-read one of the hukams I translated, and I was just in awe of how Guru came through. I can’t wait to read all of our translations. As our Panth Rattan (our jewel of the Khalsa) the Siri Singh Sahib said in 1983, “Everybody should participate. Then the list of the translators will be the biggest we have ever had! It will be one of the most novel things in the Universe.”