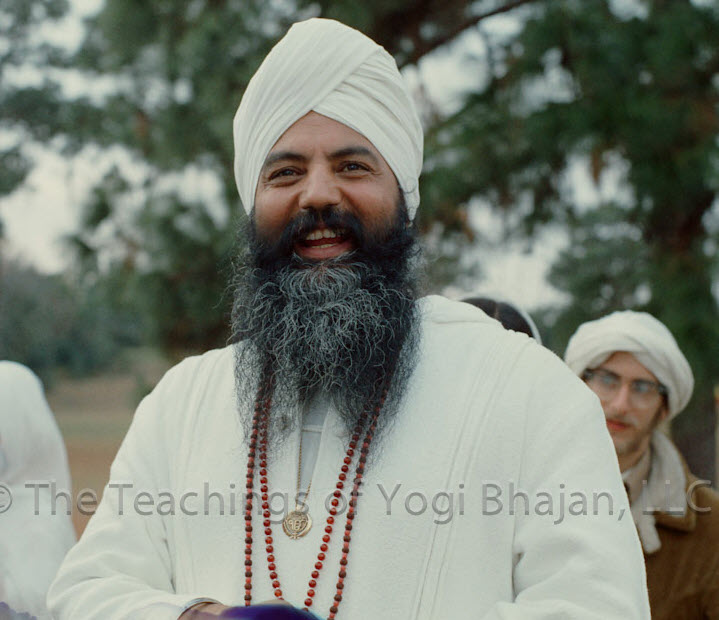 From page 105 of the book, The Man Called the Siri Singh Sahib, published in 1979 and written by S.S. Gopal Kaur Khalsa, Corvallis, Oregon, USA

Almost five years ago, I met a group of 3HO people in Northern California. I had never done any yoga and was not particularly interested in being a conscious being, yet, two weeks later, I was living in Hargobind Sadan.  What had occurred was simple and very clear to me.

After having spent a day and a night in the ashram, I knew I wanted to be treated as kindly, as these people were treating each other.  I could see that at least they were trying to live up to the values we had all been taught to live, as little children.  They told me about a man they called “Yogiji” who had reminded them of these values and had taught them how to live them as adults.  I had assumed that this man was dead, because they spoke of him with such respect, I didn’t think they meant a living person.

However, I was soon to learn that “yogiji” was not only not dead, but more than just alive.  And he gave that “more than aliveness”, that self-respect, and self-worth back to all of us. I moved into the ashram on September 25, 1972, and that was the most blessed day of my life.