Passing on His Knowledge 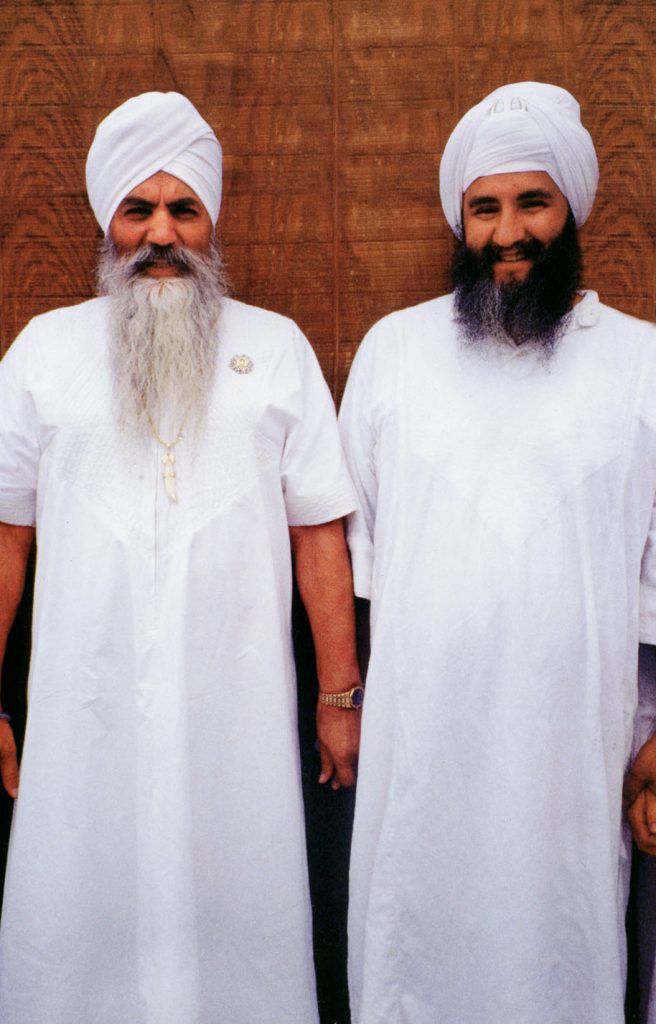 *This image and words are by Soorya Kaur (staff member of Yogi Bhajan) which she shared on page 38 of her book, YogiJi – The Light of Our Souls, written in 2005.

Yogiji was an extremely generous teacher.  He didn’t hold back.  His aim was to pass on his knowledge and generate as many teachers as he possibly could.

Bani (prayers), Bana (outward projection), Seva (selfless service) and Simran (meditation) were the foundations of his teachings; striving towards a life of spirituality, the life of a Gursikh.  He often claimed that his teachings were greater than he was, and he aimed to create teachers “ten times greater” than himself.

Here Yogiji is seen with his then student, Gurudev Singh, who has become a spiritual healer and teacher with a considerable following of his own.