Prayer is a Telephone Call 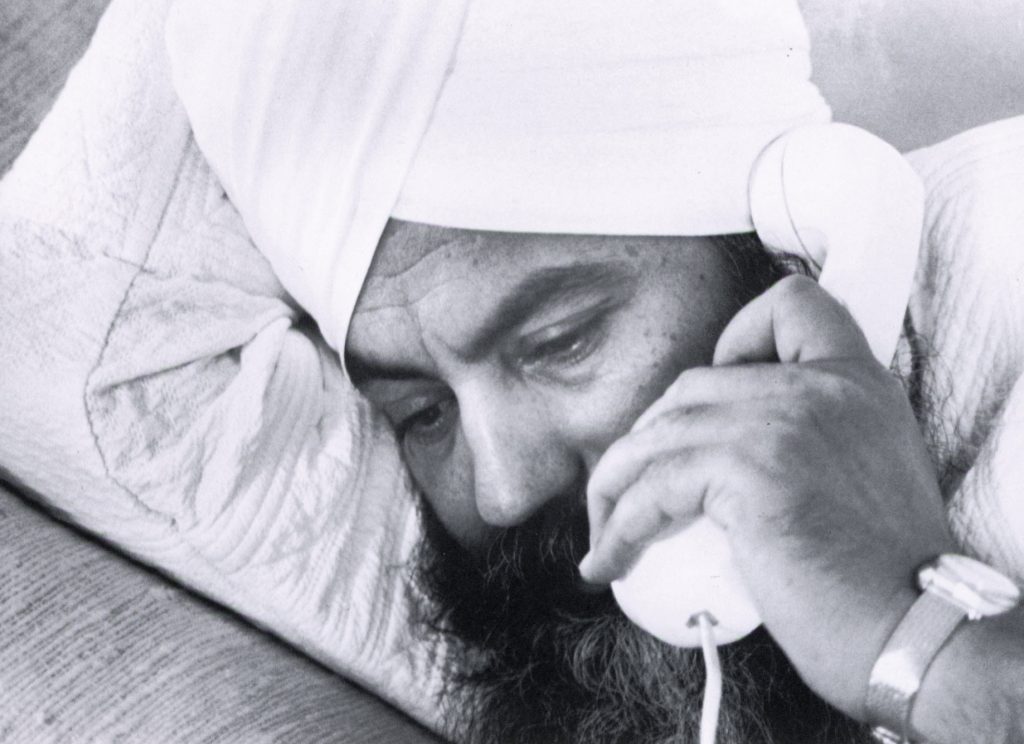 This prayer by Siri Singh Sahib, Yogi Bhajan was first given at a Washington, DC yoga course on July 22, 1971 and was also printed on page 58 of the book, The Man Called the Siri Singh Sahib, which was published in 1979.

“Prayer is a telephone call through the universal exchange.  If the current is strong, though the distance is long, it will be heard at the other end; help will come.  If the current is weak, it will not be heard.  There is nothing wrong with the brain.  The prayer is not being heard because the mind energy behind it is not strong enough. That’s all.  So, some peoples prayers are heard and others are not, because their minds are scattered.  A one-pointed mind is required to live happily on this earth.  There is nothing which you cannot accomplish if you have a one-pointed mind!”