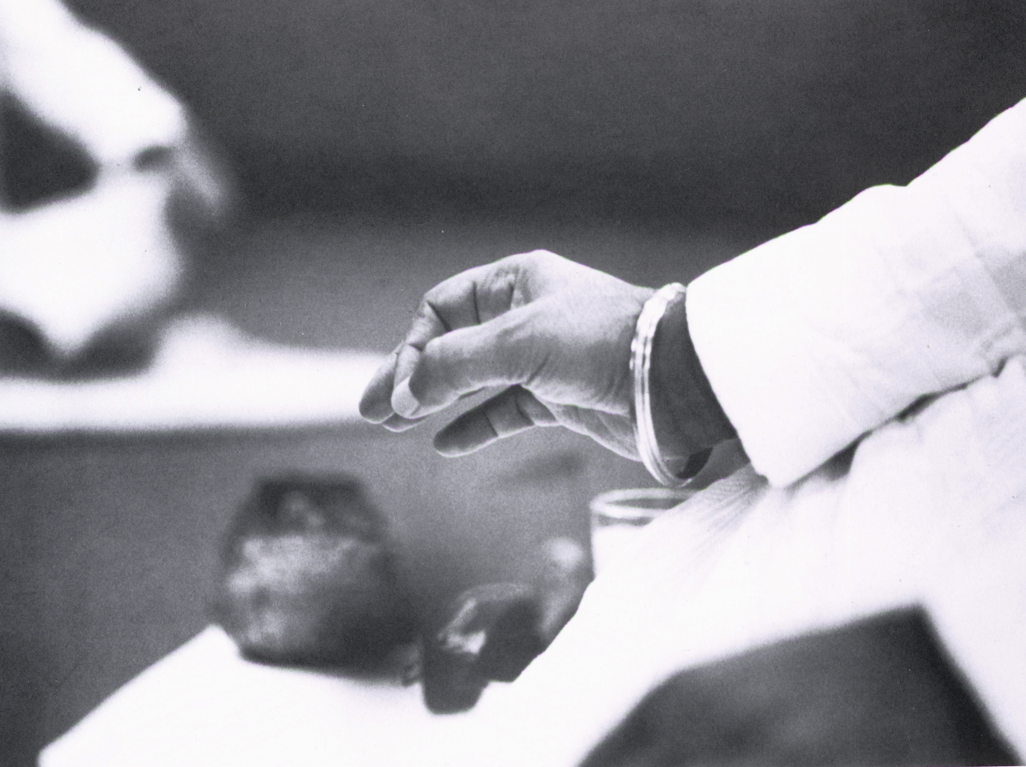 Sit in a peaceful meditative pose.  Touch the left thumb and middle fingertips together (Shunee Mudra) and the right thumb and ring fingertips together (Soorya Mudra).  For women, the mudras are on opposite hands.  Rest the hands on the knees.  Keep the eyes one-tenth open.  Chant in a soft monotone:  Guru Guru Wahe Guru, Guru Ram Das Guru.  Each repetition takes about eight to ten seconds.  Continue for eleven to thirty-one minutes.

This meditation is to bring a meditative peace to the self.  It’s so vibratory that even your lips, your upper palate, your tongue, your entire surrounding feels a vibratory effect.  This mantra was given to me by Guru Ram Das in his astral self, not when I was challenged, but when Guru Ram Das was challenged.  The beauty of this mantra is that it was tested.  When our lives were in danger I said, ‘Folks, keep on chanting this.  We’ll always be protected.’  It’s the same today.  It always will be through every moment of life.  It is called the ecstasy of consciousness.  The impossible becomes purely, simply, and truthfully possible because you have righteous values and you have given yourself, soul and spirit, to those given values.  It is then the God manifests everything.