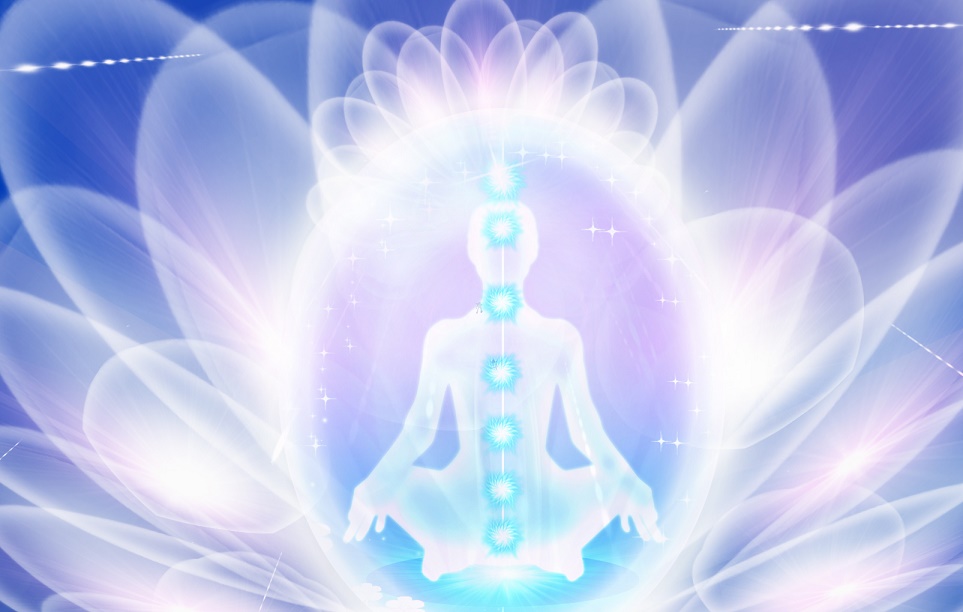 My own journey to Sahej began at the beginning of creation, where all journeys began. No, I’m not trying to be a wise guy. Every experience in every incarnation, in every moment we spent as stardust spiraling through the galaxies has brought us to this moment. If my experiences had been any different, the outcome would be different.

So the question is, did I ever have a choice in where I end up? All is God’s play. All is the Doer doing. The One is creating itself into all the parts of creation and enjoying interacting with itself. It creates itself continuously every instant. There is no actual Universe. It is the exchange of energy to create the illusion. It’s like your TV. There’s a nice picture, you can see the people and animals doing what they do. Then, if the power goes off, all the people, animals, buildings, trees, lands, etc. are gone in an instant. That is the relationship of the Ong and Kar. The creative energy is always keeping the illusion, but it could disappear at any moment.

Knowing this, again I ask, “Did I really have any choice in how I end up?” My answer is no. I am the exact image of the One in energy form that I am meant to be. I can’t be better or worse. As Siri Singh Sahib so often said, “If God could have made you any better, He would have.”

This is Sahej to me. Complete acceptance of what you are, as you are, while understanding that what you are is divine. Easy to say, not so easy to allow within yourself, but definitely worth it. It is a peace that you don’t understand until you get it, because there is so much anxiety and subconscious self-bugging going on that we don’t realize until it’s gone. It’s like a continuous noise has been around you that you get so used to. Then suddenly it stops. It’s a great relief from an irritation you didn’t realize you were dealing with. I can’t say what your path may be, only the path I took get to this peaceful state.

Do sadhana. I am not any great legend of sadhana, but I did plenty. It will change your perspective and activate the glands and parts of your brain you will need to transcend.

Do lots of Seva. The seva I did was the kind I didn’t want to do, and generally hated doing. I think that had something to do with the level of enlightenment I was graced with. Siri Singh Sahib told me what to do, in general, and I would try my level best to do it. For years I disliked and disliked the things I had to do, then gradually started loving them. Then they became blissful.

Do Pratyahar (the substitution of positive thoughts for negative). Love those negative thoughts, for they are part of you, but promptly replace them with positive. Your monkey mind can be tamed somewhat by this simple system.

Represent: Keep your hair. If you change your appearance, your ego wins. Represent the Guru in your outward appearance. It will make you brave to face the inner fight.

Turn everything over to the Guru. Sounds like a cliché, but it must be consciously practiced. “Guru Ram Das, take care of it,” was the way I learned it from Siri Singh Sahib.

I remember at Paonia Colorado Summer Solstice in 1971 he told the story of the first group of his students he took to India. Because he didn’t give in to the demands of his former teacher, they were all threatened with death or imprisonment. His prayer? “God, I am here representing you. If you fail us, I’m going to wipe you out!”

Oh how I loved him for that. It changed my entire view of the Universe. That was my first taste of Sahej. There is no reason to be timid. Tell the God what’s what, because it is you. And if God is you, what in the world is there to worry about?

Listen to the song “Sahej”, written by Livtar Singh Khalsa:

Here are the words to the song:

Oh Lord, I have come from wandering,
If only for a moment I could know you
All my cleverness would vanish,
So humble are the Sikhs of the True Guru

Chorus
Sahej, the easy acceptance
Sahej, of your own radiance
Sahej, with love of the Guru enshrined in your heart and soul the way is effortless

Bridge
In the quiet peace of the soul,
where the unknown self is known,
The bride merges with her Lord.
He fills her heart with his love,
and makes her his own

So how are we to meet you,
to live in your ecstasy
In the company of your saints,
I feel your light in every cell of me

Long locks and waves of hair tumble down at night
Guru Gobind Singh lives there in the radiant body light
Night is the time of remembering God,
time of thanksgiving for another day as a pure one,
for another day of living in Sahej….

Sahej, the easy acceptance,
Sahej, of your own radiance,
Sahej, when love of the Guru lives in your heart and soul,
you are effortless. 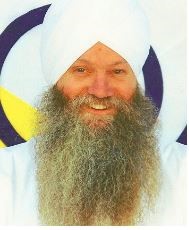