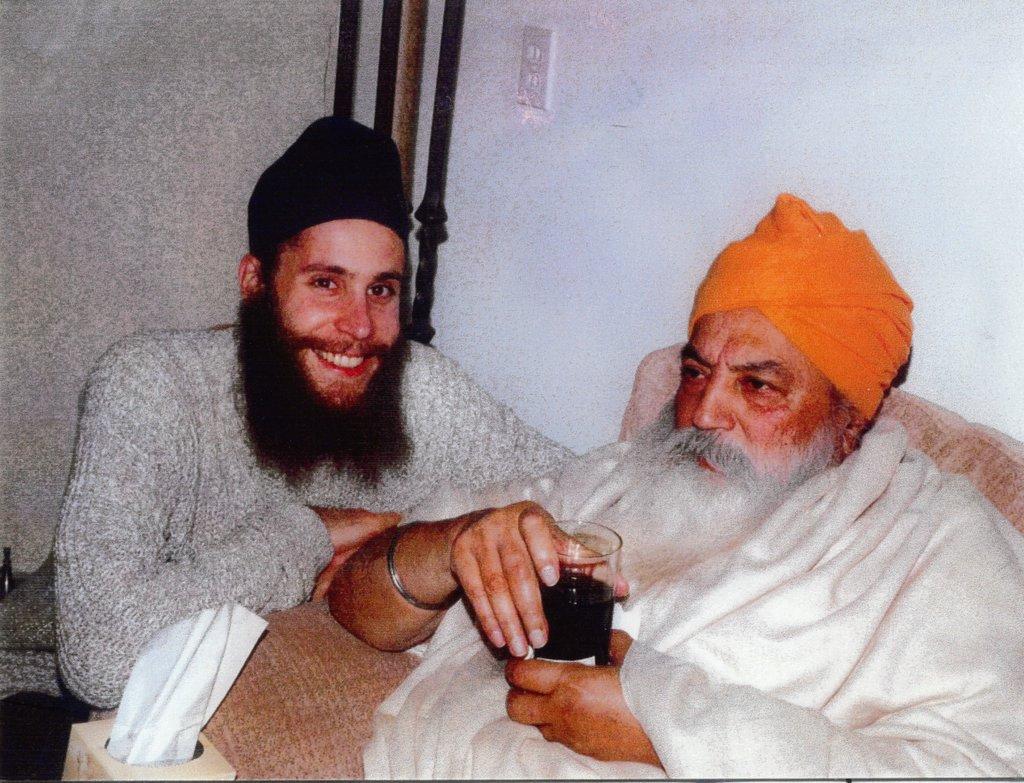 A friend asked me to write something about how my life was changed as a result of him. Sitting down now and thinking about it I am overwhelmed. I don’t even know where to start. There are just too many things. I grew up in Los Angeles where he used to live, so have been lucky to learn a lot from him growing up. He was like a great teacher and a wise grandfather wrapped in one. Most of us Sikhs referred to him as “Siri Singh Sahib”, and the general public/yoga students called him “Yogi Bhajan”.

It was common for people to request “spiritual” names (Sikh Names) from him for their new born child, or if they were becoming a Sikh. For whatever reason…he chose the name “Guru Mustuk Singh” for me right after I was born. I think it was very appropriate for me, and I take my name as a guiding light to keep me on track. That’s why I always encourage people to use their real Sikh names and not resort to nick names. Your name can be a reminder of being a better person and a good Sikh. 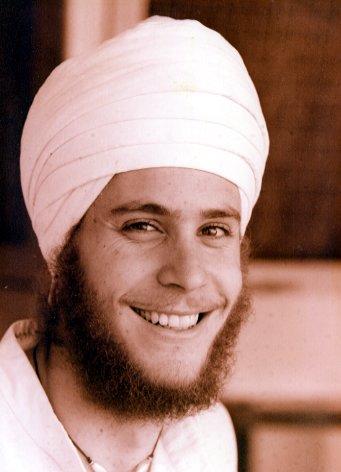 My understanding of the words “Guru Mustuk” is, Literally = “The Guru’s Forehead”. “Forehead” symbolizes Destiny. As in, your destiny is written on your forehead. Guru = “Gu” means darkness, and “Ru” means light. So for me Guru Mustuk means that I should serve others, teach and help bring people from darkness to light. I think this is why I am doing the work that I am doing. It is the one thing which gives my life purpose and is very satisfying.

Siri Singh Sahib ji impacted thousands and thousands of people and is still doing so, every single day, through the people that he taught. If you are not familiar with him you can read a little more about him and the history of him coming from India to America. Since it is hard to sum up 30 years of experiences I’ll just share a few things from my personal interactions with him.

Siri Singh Sahib truly was a visionary and always thought far into the future. Every thing he did was not necessarily for the now, but for generations down the line. Looking back I can see this. He really did do things slowly and steadily. 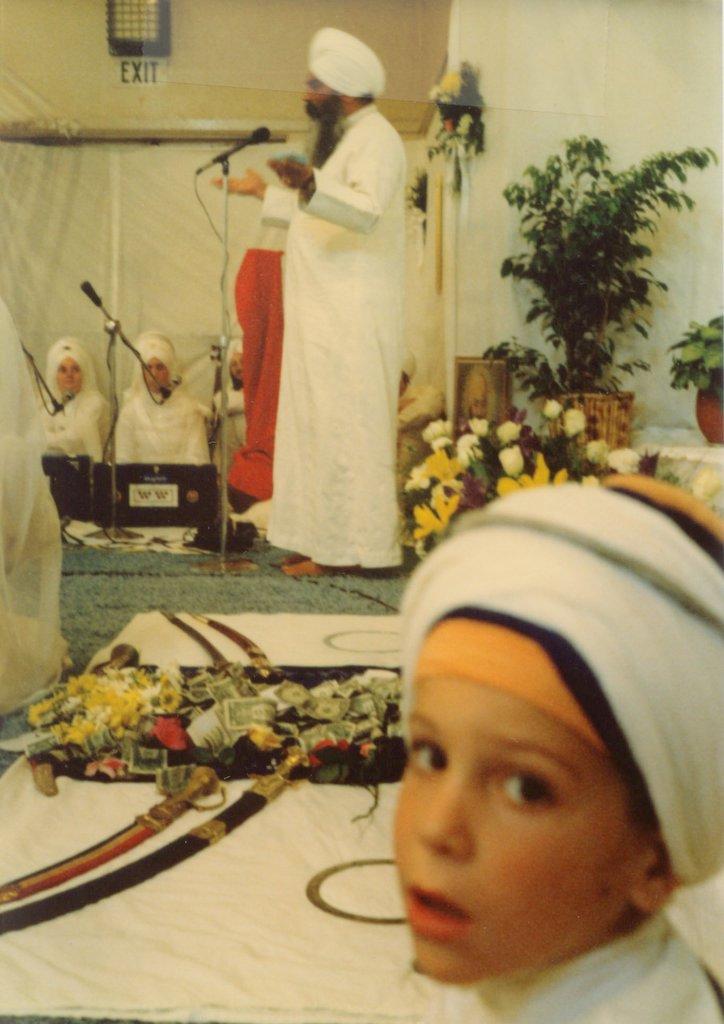 I remember lots of night classes that he taught, and coloring books, lying on the floor listening to him talk about every aspect of life. My mother used to always encourage me to go over to him after a class. Probably to see if he would give me some direction or tell me something that I should be doing in my life. He did quite often give me valuable advice and direction over the years.

I remember being a teenager and returning to America after years of boarding school in India. I didn’t have many friends, I wanted to fit in, was questioning my beliefs as a Sikh, wanted to do things which I was always told that I shouldn’t do. I started going out to dance clubs, drinking, smoking and shaving my beard; Pretty much going a totally different direction than I was raised. I remember feeling empty and struggling to find direction in my life. Feeling all the social pressure. Wanting to take the easy route and not follow the Sikh lifestyle.

Siri Singh Sahib…always seemed to know what was going on with me. During that period I would try to avoid him, because I knew he would see through my facade and confront me. When I eventually saw him he would very directly confront me. He is not one to sugar coat. This was his method:

“Poke, provoke, confront, elevate. First I must wake you up. That harshness you face from me, which is sometimes to the point of rudeness, is to wake you up from your spell of arrogance in which you have lost the game to begin with. After that, I get you into a dialogue. Third is to give you a reasonable experience so that you can move out of it and gain your life as it is, and be on your way. The process is not to make you my “clients.” That’s not the process here. The process here is that you have the right to happiness and you have the right to success. Therefore, you must work to achieve it.”

He used to say I had a lot of duality and was like an Eagle in the Day and a Wolf at night. He was correct and this was my struggle to find my identity and not try to be two things. I went through a few of these meetings. The second one was at the Winter Solstice Camp in Florida and I remember him getting really intense with me again. Saying that I was on “strike two” and that I didn’t want 3 strikes…because I would be out. It’s hard to explain how these meetings influenced me, but because of him I am here today doing what I am doing and on track with my life. He planted seeds in me that have grown over the years. Here is a letter from him a month before I started SikhNet.com. 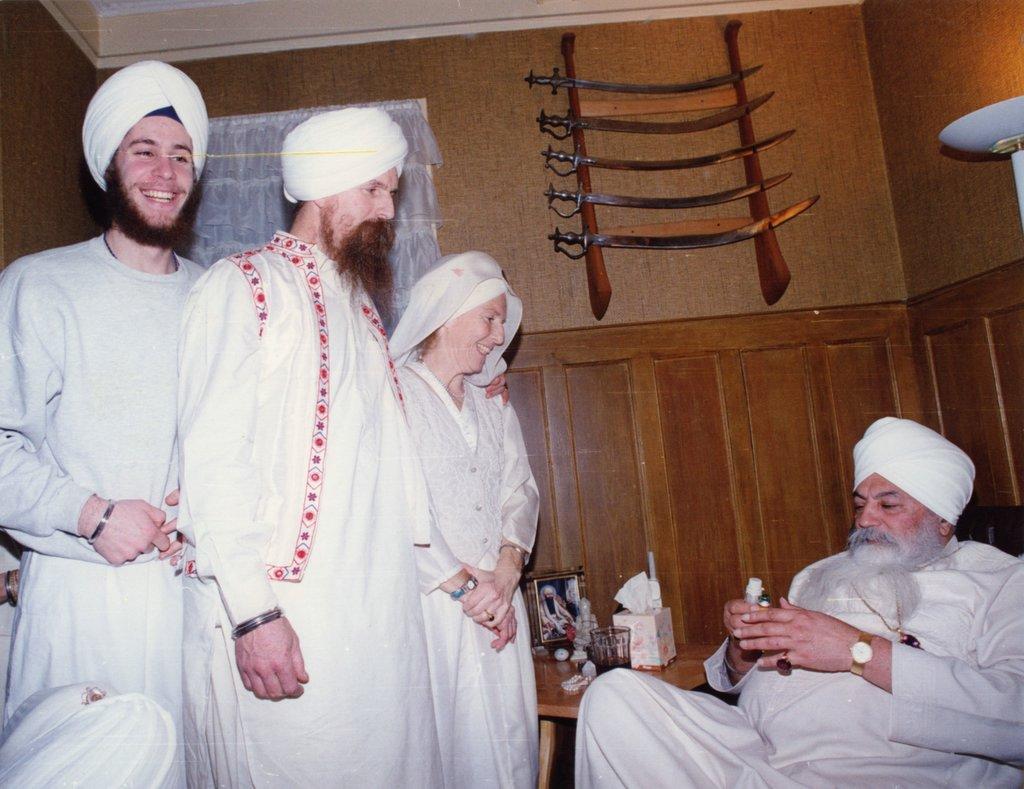 I first started SikhNet (which was not called that at the time) in 1995 when I was living in New York. You can see the old home page here. That year Siri Singh Sahib came to New York and over to our house during his visit. He saw the website and knew the potential that it had. He directed me to move to Espanola, New Mexico to work at the Sikh Computer Consulting Company, Sun & Son. It was the end of december and he said to start work Jan 1st. Working at Sun & Son allowed me to learn a whole lot, and give me the tools and support which was later used to build SikhNet.com (which still stands today 10 years later).

One of the founders of Sun & Son (Guruka Singh) last year switched his job to work with SikhNet (as Executive Director). He is the actual founder of SikhNet which was started as a BBS system in the early 80’s. It’s amazing to be working again with him and on our beloved SikhNet. It’s so cool to see how Guruji works his magic and takes care of things.

Every minute I ever saw Siri Singh Sahib in his life he was helping people, advising, serving and teaching. His whole life was given to service. Even up to the days before he passed away he was still teaching. Over the years we have faced much criticism from the Sikh community at large. In spite of that he pushed on and stood firm with his direction. As a result the world is a changed place. The landscape of Sikhi is forever changed. I would not be a Sikh and doing SikhNet if it were not for him. All in all…. Guruji works in mysterious ways. He works through us all if we open ourselves and give our head to the Guru.

Some of you may not agree with Siri Singh Sahib’s methods, or understand what he taught, which is totally fine. But I would appreciate it if you feel like commenting on this message, that you do not post any negative or critical remarks. My posting these thoughts is not to start a debate, but to share a little slice of how he brought me to the Feet of Guru Nanak and changed my life forever.