Home › Experiences › Our Stories › Text, Subtext and Spiritual Experience in the Translation of Guru Nanak’s Japji Sahib into English 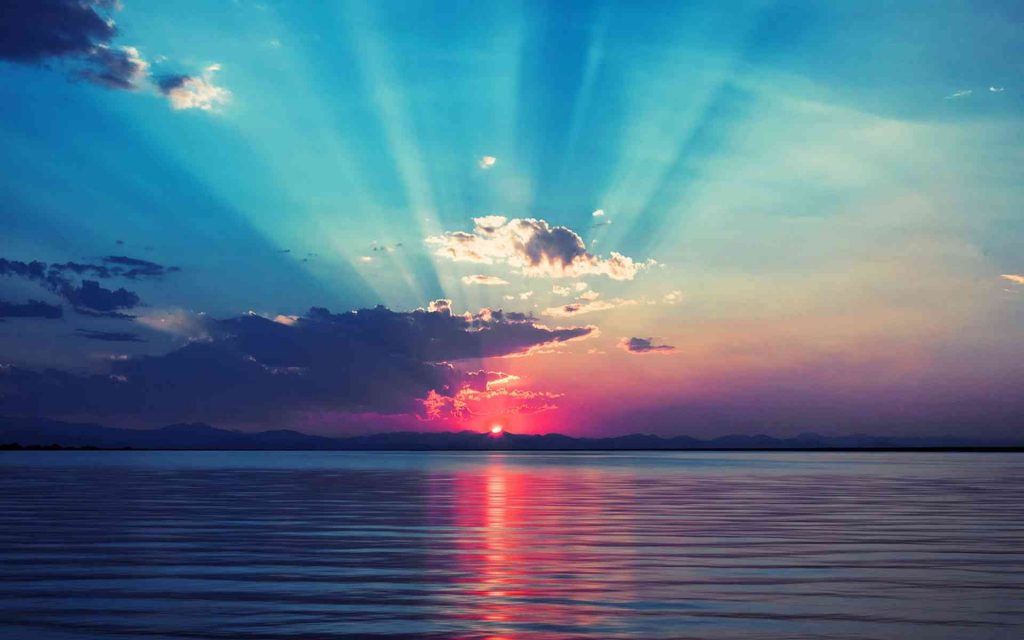 This is an excerpt of a January 9, 2007, edited version of a post written by Ek Ong Kaar Kaur Khalsa, which was originally posted on the Sikhnet Discussion Forum on November 6, 2003.

It’s funny how life has its own synchronicity. In 1998, through a series of events, I found myself moving to Espanola, New Mexico. (In 1969), a Sikh man and Kundalini Yoga Master now known by the name of Siri Singh Sahib Harbhajan Singh Khalsa Yogiji came to the United States. He began teaching Kundalini Yoga to hippies during the late 1960’s and early 70’s. For many of these young people, Kundalini Yoga gave them a chance to get off drugs and create a life for themselves that was based on the positive values of the counter-culture revolution. A subset of these Kundalini Yoga students, drawn by the turban, the beard and the stories that Yogi Bhajan told about the Sikh Gurus, decided to become Sikhs. There is a lot to tell in the history of Sikh Dharma of the Western Hemisphere. And it is not in the scope of this essay to tell it. However, it is through my experience with this community and with Yogi Bhajan in particular that this translation of Japji happened.

One day, after living in Espanola for a couple of years, in the heart of a Western Sikh community 300 plus members strong, the Siri Singh Sahib, looked at me and said, “Japji cannot be translated unless it’s understood perfectly.” Several months before, Dr. Balkar Singh, who used to head the Siri Guru Granth Sahib Department at Punjabi University in Patiala, had moved to our community. Every time I saw him, there was a little voice inside of me that said, “You really should go talk to him about Gurmukhi.” But the fires that had burned during my undergraduate days had been reduced to barely a flicker and, honestly, I was a little afraid to go back to that passion. After all – I was busy with work. I was in the middle of a difficult marriage. I didn’t have the time. I didn’t have the energy. I didn’t want to be bothered.

But the Siri Singh Sahib has a way of penetrating past the excuses of the mind and speaking directly to the soul. “Japji cannot be translated unless it’s understood perfectly.” As if it was already a foregone conclusion that I would do a translation. As if he was just reminding me of something I had agreed to do before I was born and was pushing me to begin.

Well, I thought, it can’t hurt to at least start learning Gurmukhi. So Dr. Balkar Singh and I began to work together. Every Sunday for 15 months we sat for an hour or two and went through Japji, line by line, word by word and discussed every single syllable of it – text, subtext and meaning. He was a Gurmukhi scholar with a proclivity towards post-modernism. I was a post-modernist who wanted to understand Gurmukhi. Slowly, we began to build a bridge – a common vocabulary – a shared understanding. We both knew that meanings are not in dictionaries because the dictionaries are confined to text only. Not subtext. And poetry and spirituality are not easily understood even in one’s own language and culture. So much more the difficulty in translating spirituality from one culture to another. I studied with him for 15 months and after those 15 months, in the evenings, on the weekends, in the middle of dealing with a divorce and a hectic work schedule -the translation of Japji slowly took form.

In January of 2003, I was close to finishing the translation when the Siri Singh Sahib called me in to see him. He told me that he wanted me to translate the entire Siri Guru Granth Sahib by next year. (Next year??) He told me he wanted me to understand the cosmology of it and be able to communicate that cosmology in English. And he said that he would work with me on it. Whatever I needed, he would give me.

It was an amazing gift. And an extraordinary challenge. When Westerners first came to Tibet to understand Tibetan Buddhism and translate Tibetan texts, the Lamas wisely refused to let the translations take place until these young Western students had done the spiritual practices and developed the experience that would allow them to understand the texts accurately. Because of this, Buddhism has successfully taken root in Western culture. The Tibetan Lamas and teachers understood that these texts were talking about spiritual experiences of which the Western mind and language had little concept, understanding or language.

The post-modern literary theorists have given us tools to deconstruct language. Every word is a “signifier” – it is a symbol that points to some reality or experience. External realities like trees and birds are easy to see from multiple viewpoints, multiple languages and culture. But internal realities like love and fear are harder to map. And the most subtle, sophisticated reality of all – the reality of the Spirit, it almost impossible to map because there are so many political and social power structures based on religion and God. To penetrate to the truth of the Divine requires that we move past culture and language all together and this journey challenges societal power structures that have a vested interest in the status quo.

When Guru Gobind Singh gave the Sikhs the Siri Guru Granth Sahib as the Living Guru – the signifier, the written symbols, were uninterrupted sound. There were no spaces to indicate words. There was only sound. And for the devout Sikh, this sound was Divine Sound – meditating upon which the Spirit would awaken.

Yes, linguistic meaning was encoded into the signifier of Gurbani. But the fact that there were no spaces between the words signified that this was no typical text, with definable meaning, but rather a spiritual practice based on Sound- which English has no experience of or language for.

What is the Sound Current? Where is it? How do you prove it exists? The Sound Current is the subtle vibration of the Divine that creates the creation. It is in everything. The proof of its existence is in your own experience through the practice of Gurbani as instructed by the Shabad Guru. These statements are true to the heart of a Sikh who has a sovereign relationship with the Guru. But they are illogical and unprovable in English. And this clash of approaches between experience and logic – where the foundation for “proof” and “truth” lies becomes an extraordinary issue in translation.

I finished the translation of Japji and gave it to the Siri Singh Sahib. His response. “It’s zircons, but not diamonds.” My ego was in it. My intellectual ego. My artistic ego. I was trying to be clever. I was trying to be…something. And he saw right through it. Yes, maybe it was well-written, but the vibration of it was all wrong. Two years’ worth of work. I threw it away and started over again.

I had never translated during the Amrit Veyla, the hours before sunrise. Although Guru Nanak says in Japji in the Fourth Pauree,

What can we
Place before You
That will allow us
To see the splendor
Of Your Divine and Noble Court?

What words can we speak
With our own lips
That, upon hearing,
You would touch us
With Your Love?

In the Amrit Veyla,
The still hours before sunrise,
Our True Spirit
Becomes known
As we meditate upon
Your Greatness.

By the consequences
Of our positive past actions,
We have been gifted
This robe of human form.
Translation of Guru Nanak’s Japji Sahib into English
Grace leads us
To the gate of liberation
Found within it.

Nanak,
In this way know,
All people
Hold the Truth
Within themselves.”

It is one of the first instructions the Guru gives a Sikh – to meditate in the Amrit Veyla, in the hours before sunrise. For years, I had done my sadhana, my daily spiritual practice, during that time. So, I changed the focus of my sadhana and started working on the translation of Japji during those hours. And this was my experience- which the English language cannot really express and which the mainstream English culture will hardly believe.

Gurbani is not just words or just Sound – but a Guiding Living Consciousness. I had to put my thoughts aside, my mind, my prejudices – and just open my own heart. Jap – continually, meditatively reflecting. Sunia – deeply listening. And in that space of Jap and Sunia – the Sound within my own heart told me what the line meant. It was magic, but only because English doesn’t have any other word besides magic to describe it. In a wholistic way, the Sounds, themselves, showed me what they meant – in a way that was not bound by concept or words. Then the challenge was to find the words in English to convey the experience of my own heart. And this was profound, transforming, sometimes scary, sometimes confusing. But very very real.

The Siri Guru Granth Sahib is not a collection of scripture. It is something so far beyond scripture that we have neither the words nor the intellect to comprehend it. It is a power that calls the Human Spirit to awaken. It is a Guiding Consciousness that can teach us in a very direct and clear way…providing we do the practice. Amrit Veyla. Jap. Sunia. Mania – trusting what we hear when that Sound speaks directly to our own hearts.

The second translation of Japji took only a few weeks during the Amrit Veyla and that experience is, perhaps, another story for another day. But it showed me that the Siri Guru Granth Sahib is truly something new on the earth. I understand how two Sikhs, fighting back-to-back, could defeat a hundred men. I understand why there was a time when there was a price offered for the head of every Sikh. It was because this Guru gives humans access to our Spirit in a direct and powerful way. The practice of the Sound Current is a spiritual discipline that leads to the human potential completely unfolding in all its dignity, grace and beauty. It is that fully realized human that the society of those times found so threatening. And it is because the Shabad has been misunderstood that many Sikhs have lost their connection with Its Pure Power.

Text, subtext and spiritual experience. In this translation of Japji, these three forces play together. Not to define what Guru Nanak Dev ji wrote, but to simply reflect what the Shabad whispered to me during the Amrit Veyla. And just as poetry will take on different meanings for different people, the Shabad will speak to each person’s heart in Its own way. There is no need for any final definitions of Gurbani – just as there is no need for evolution to cease. Always new experiences are unfolding before us and the Shabad has the power to guide us through and open us to previously unknown worlds.

Home › Experiences › Our Stories › Text, Subtext and Spiritual Experience in the Translation of Guru Nanak’s Japji Sahib into English