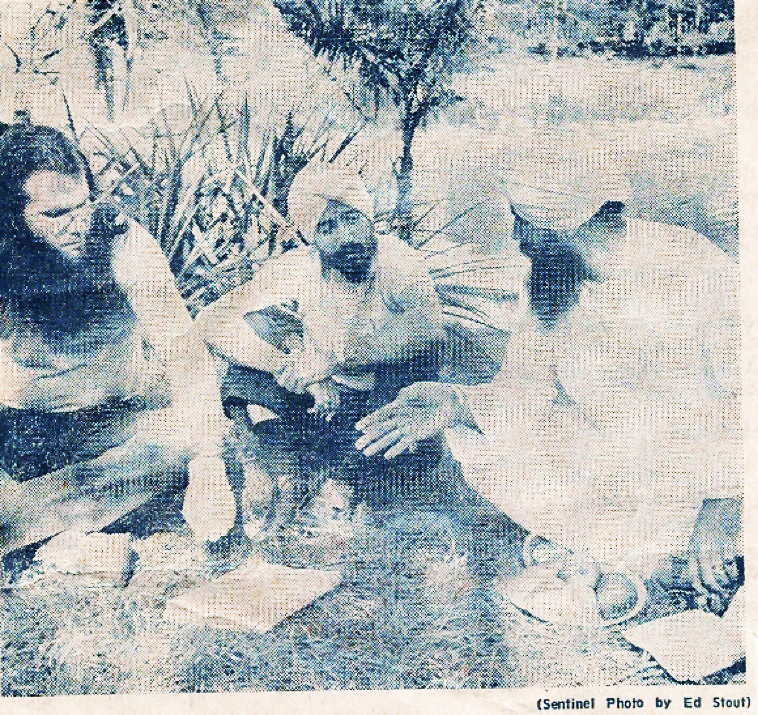 The program was administered from Health Department facilities on West Central Avenue, in a former grade school building just west of downtown Orlando, where Hari Singh also conducted Kundalini Yoga classes and counseling.   Thee Door was under the direction of Dr. Wilfred Sisk, the Orange County Health Officer, another visionary who initiated the program. It later came under the supervision of his appointee, Marge Jackson. See Letter From Marge Jackson.

*Note: The time frame of these events was the late ’60s – early ’70s in the Deep South during much civil rights unrest. According to the Orlando Sentinel, “Former Orange County Sheriff Dave Starr, who served from 1949 to 1971, was identified as a Klansman in sworn statements to the FBI. So was former Apopka police Chief William Dunnaway and other powerful county and city officials who ran local government agencies decades ago. These affiliations were documented when the Orlando Sentinel obtained decades-old FBI records in 1991, e.g., “Southern police departments were filled with Klansmen and Klan sympathizers in the ’50s and ’60s, according to Mark Potok of the Southern Poverty Law Center.”

During this time, Yogi Bhajan made plans to again visit Orlando on a Florida teaching tour. Hari Singh advised the student inmates well in advance of Yogiji’s possible visit inside the jail, which generated all kinds of excitement. After Yogiji arrived and was granted clearance to enter the jail, he spent almost an hour of quality time with the inmates inside their classroom cell, an experience they long remembered.