Home › Experiences › Our Stories › The Blessing of the Master’s Prescence 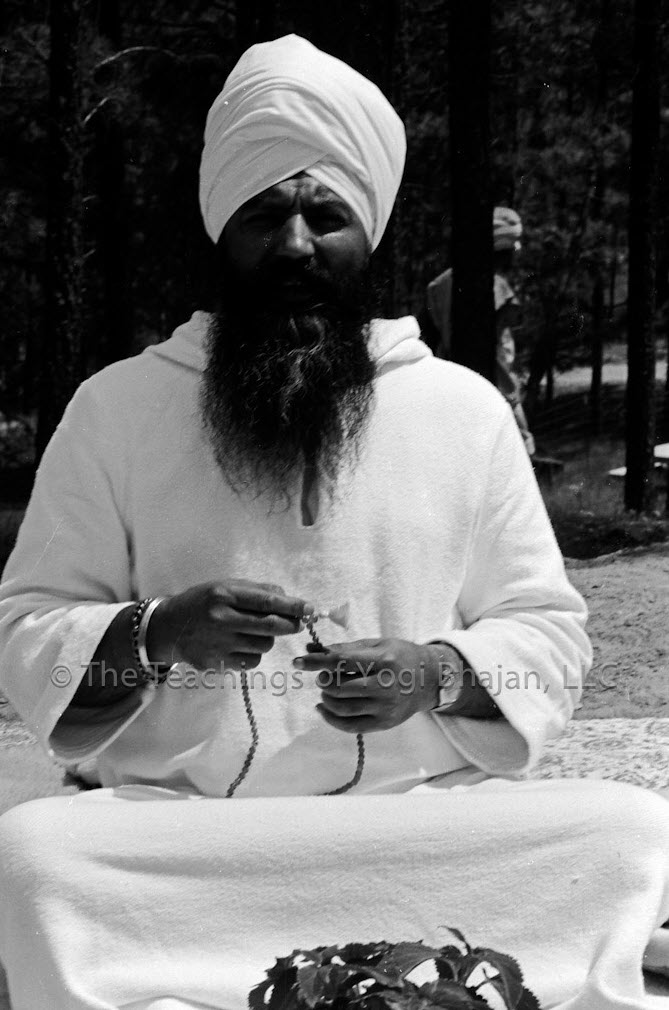 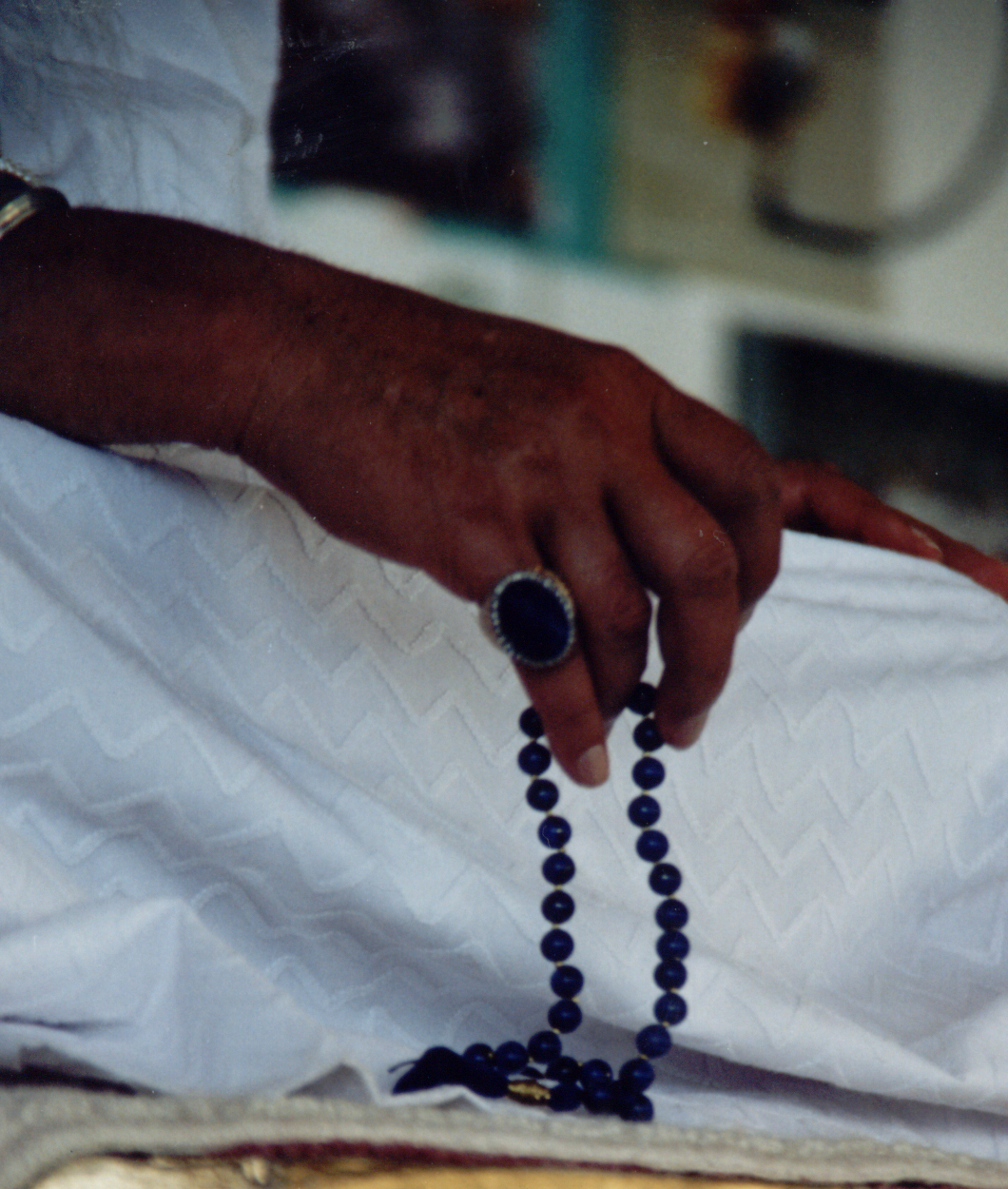 This article was written by Harijiwan Singh from Los Angeles many years ago, prior to the death of the Siri Singh Sahib, Yogi Bhajan.

We who have had the incomparable blessing of the Master’s presence will prepare to thank Mother Earth for her immense kindness in allowing such a being to walk upon her, and to thank those in the heavens who, in a magnificent act of compassion, sent such a being of love to be with us.

While the sky is still dark, on Tuesday morning, August 26, inside a small dome, on a ranch, nestled in a valley in the mountains of Northern New Mexico, a man will wake up. He is old and frail now, his body weak. He has spent most of the past year in bed, engulfed in illness. Countless prayers have been sent to him with timeless mantras and ancient mudras. And he is still with us. Attendants will slowly help him sit up. They will be especially reverent in these hours before the dawn.

In the long year that stretches behind them, many times they have thought they would not have this privilege on this day, Yogi Bhajan’s 74th birthday. Many times it seemed as if death had come for him, but so far death has waited.

Yogi Bhajan lectures are broadcasted from this room, and there is poignancy to this final cycle of teachings. All know that we are coming to the end. To read the transcripts of these lectures is to recognize the elaborate logical structures, the familiar illustration of concepts, but to hear these lectures is something altogether different now.

His voice fades in and out, sometimes weak, sometimes labored, always slow and methodical, sometimes each word seems to carry the weight of the ages, and is uttered as an act of will, a triumph of spirit. Sometimes you are not sure what you are hearing, it is as if the angels are already claiming the teachings for their heavenly realms

He reminds us of our obligation to carry the teachings farther along from where we found them, to stay together, to be pure. He speaks of vultures waiting at the end of his bed, the passing of an age. One day, as he began his lecture, I had a vision of a long cold rocky beach with a dark robed figure standing alone, still, very still, waiting at the edge of a vast sea, the twilight skies turning gray, the tide going out. There the figure stood, motionless, waiting for the lecture to end.

During another lecture, Yogi Bhajan spoke of a love that goes beyond this world, connects us from lifetime to lifetime, from existence to existence. As he spoke, I felt, then saw, a blue beam of light emanate from my heart and travel outward. Then I watched as a blue beam came from somewhere beyond, back towards me, the rich mystic blue, found in the deep places along the White Tantric trail.

When the 16th Gyalwa Karmapa died in Chicago in 1981, he spent the last few days of his life manifesting a vast variety of illnesses, in a final gesture of service, as he helped burn the planetary karma for each disease. For Yogi Bhajan, the illnesses have been many. From kidney transplants to diabetes, numerous heart surgeries, the body is held together more by prayers now, than medicines.

A student of thirty years told me when she went to the dome she was so overwhelmed by his condition that she cried from places within her she didn’t know existed. “Until you’re there, you just don’t know. You just don’t know!”

Yogi Bhajan’s teachings have always been about unknown things.

Taking us to places we didn’t know existed. And what a journey it has been. I was eighteen years old when I met him. I didn’t know much about anything, but I knew I wanted to be in his state of consciousness.

The path has been long, sometimes twisted, sometimes dark, and for a time it was almost pitch black: but even when there was only a spark in the night, I kept going. The Master was always there with me, sometimes pushing, pulling, dragging, often holding, always guiding.

He has taken me all over the world with him, and to vast and strange places in the realms beyond. You never really say goodbye to your teacher. When he leaves some of me will leave with him, and some of him will stay with me.

During the White Tantric at Summer Solstice, he took me to a high mountain top, to a crossing of trails. To my left was a huge golden shaft of light, he told me I couldn’t go there. And then, as he swirled off to my right in a blue haze, into the cold void, vast, fathomless, and deep, he told me I would spend the rest of my days wandering in my memory of him.

An eerie red glow hangs in the southeastern sky on this Tuesday morning. Mars is closer to Earth than it has been for thousands of years. The planets are moving, the times are shifting. As the attendants prepare the Master for meditation, he holds his own vision of a planet glowing bright with the light from the teachings he has revealed.

We who have had the incomparable blessing of the Master’s presence will prepare to thank Mother Earth for her immense kindness in allowing such a being to walk upon her, and to thank those in the heavens who, in a magnificent act of compassion, sent such a being of love to be with us.

A mala will be placed in the Master’s hand, linking him symbolically with all those who have received and will receive these exceptional teachings.

Activity will cease in the dome, and simultaneously around the globe as the clock strikes the 4 AM hour in Espanola, New Mexico, there will be stillness in the hearts of the fortunate, the music will start, and the Master will once more lead us with the words he has taught us:

Join us as this golden chain of light and love encircles the globe, as we pray one more time with the Master, His Holiness Yogi Bhajan.

Home › Experiences › Our Stories › The Blessing of the Master’s Prescence