The Challenge: Woman be a Woman 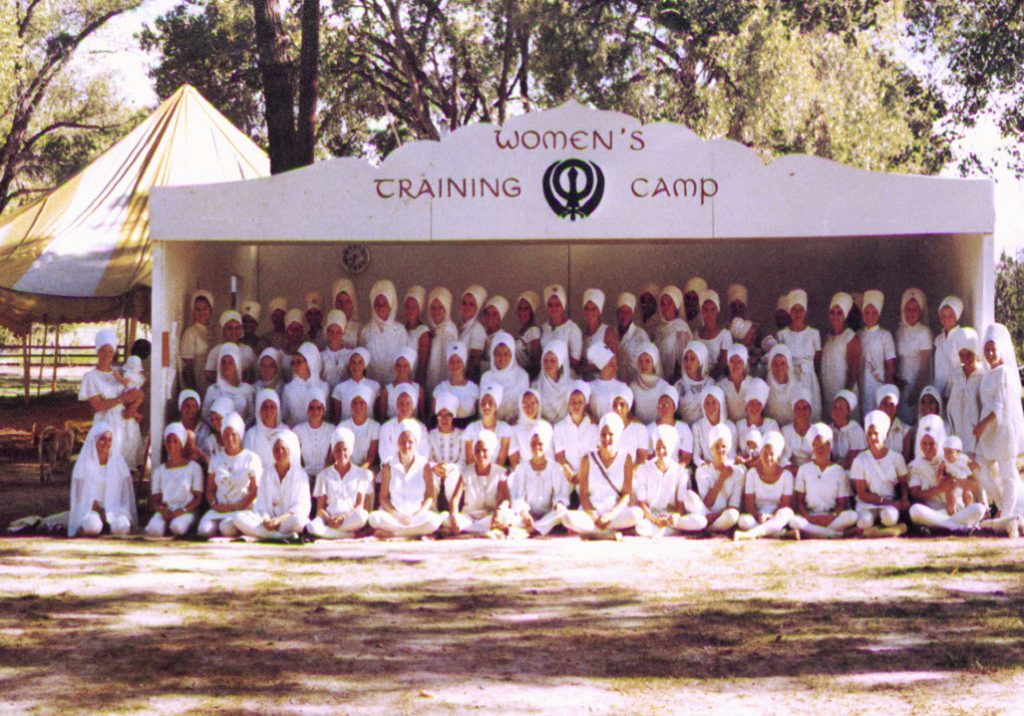 Are you just a piglet-layer, a machine or a sexual doormat upon which a man comes, rolls over you, and then kicks you off on the third day?  Are you just a piece of nonsense, a hammering bag hanging on a tree so a man can come and practice his emotions, commotions, and dramas?  Are you just a puppet or a baboon, who has to go to the beauty salon and who has to do this and has to do that, to please what?   That’s what I ‘m talking about.  You have just lost your values and are losing them faster than you can rebuild them.  It has to stop somewhere, and then a new start has to begin.

Look what is happening to our politicians.  They are running around and stripping girls, and now they say, ‘Well, you told us to make love and not war!  Now we have started making love and you are making war on us.’  There is a characterless life around this country.  The place of worship for Muslims anywhere in the world is Mecca.  In America, the place of worship is Las Vegas. What is Las Vegas?  A place where a person can see woman being stripped on the stage and pay $15 to $25.  What a disgraceful national monument.  You can have those slot machine handles in your hands, morning to evening.

I came from a distant land.  I adopted this land as my home.  I felt the pain and I started a one-man crusade.  You who call yourselves third-generation Americans, what have you done to change the sad state of our country?  I saw woman being used as a piece of linen to wash the mental dirt of every male, and I decided I should begin the Grace of God Movement of Woman of America, of woman of the world.

What was actually missing was the training.  So, we started Khalsa Women’s Training Camp.  I am not saying we are not selfish, we are very, very selfish and we want to achieve the maximum in the minimum time.  That is why it is all boring.  We don’t care whether you come next time or not.  Let’s be very honest with each other.  It is a big thing on which America is going to live.  If that hope is not going to be achieved, forget it.  That is the very honest part on which this camp is based.  We want this camp to be a mental challenge.

I want woman to be strong.  I am a believer that when a woman falls, generations fall; when a man falls, an individual falls.  I believe in it.  I believe that a woman in this country, whether she gets equal rights or she gets any rights, is treated and viewed totally improperly in this society.  She is being exploited in millions of ways which she doesn’t even know about.

Woman has been so mentally scared and to feel so mentally incompetent that she gets irritated, which is against her basic instinct.  Woman has to be totally sober, totally human, come what may.  She is the source of inspiration, and courage. That is her instinct.  Woman in America has been made to be totally aggressive, like a balloon; it fills up and it can’t even hold its nervous system.

Where is the wrong?  There is no training.  God doesn’t live in a synagogue; God lives in a cozy one.  That is what is missing in America.  That is what is gone.  Junk food, junk relationships, junk T.V., junk this, junk that.  I say, ‘Junk the whole thing and be a woman!”  That is really what I want to say, but I am taking time.  Year after year, I call you here in the summer.  I believe in marriage.  I believe in a cozy home, I believe you should have children, I believe that, but I want you to be you.

These men are being bestowed with the order, ‘defender of the faith’.  No man has ever defended anything.  No home is Godly where there is no Godly woman.  No family has come out to be consciously Godly where woman does not have virtue.  Period.  People can go to churches, do charity, build anything, everything, but where woman is not divine, there is no dignity.  I may be quoted on that.

Children are sent to the best schools to become dopeheads, aggressive, thieves.  No training can be given in any school.  Schools can only make one an engineer, doctor, and so on, but they cannot make one a man or a human being.  It is a woman who makes another woman.  It is a woman who makes a man.  God’s law is the final law, and God created a woman to create the family.  God created a woman to give birth to the child.  God made woman to nurse the child to be so, and that is the Will.  Schools, babysitters, television, and all the things parents buy the children, can just as well be forgotten.

I have moved among the men of America.  I know what they believe.  They think all men have wings and women have nothing; men can fly and women have to crawl.  All woman has to do to change that image is take scissors and clip those wings.    Understand?  What will equal rights give you?  I will tell you what it is going to give you.  It is not going to give you protection, but it will make you work to build roads and run heavy machinery.  Just to create a showpiece, they will give a few women some prestigious jobs.  How many women are in America?  Are they just non-existent?  How many Congressmen are women? Compute the proportion.  How many Senators are women?  How many times has the President of America been a   woman?  Have they ever nominated a woman for Attorney General?  What democracy are they talking about?

What will be the cost of ‘equal rights’ to women?    The cost to pay is that she cannot raise her own children, she cannot give America men and women of values, men and women of worth, dignity and divinity, and men and women who can lead this nation to something.  We will have a bunch of junks and jerks running the White House in a couple of years.  Then you will know which way the wind blows.

Sometimes I say jokingly, ‘If every woman would train her son to be an obedient son, after twenty – one years, she won’t need to campaign for votes.  All obedient sons will vote for a mom and there she goes into the White House.  It is a more simple way than all this paraphernalia.

You have been trained to ignore your children.  The environments have been provided; children are bought and sold with toys.  But no, no, no; children don’t need those cars and toys.  Children need to grow in their spiritual sense, to belong to something; and they cannot belong to dead stuff.  That is why they get depressed, that is why they take drugs, that is why they leave home, and that is why this whole tragedy of murders, thefts, burglaries and lack of law and order is happening – because the mother has failed.

No institution can keep perfect law and order when it is subject to inharmonious rhythm.  All problems arise from those insecure minds which did not get a graceful indication of the direction towards dignity and divinity.

There is only one institution, one government and one personality which can control the entire future of a race, a generation, a country and a nation, and that is the institution of motherhood.  But no mother can teach dignity and divinity until she lives it.  A living-teaching technology is the highest of all.

Today I am calling you once, and I shall be calling again, after my death.  This call of mine shall be an everlasting call; it will be heard through centuries and through generations.  I am calling all the women of the world to come back home, the home of divinity and dignity, so that this earth can live in peace; otherwise, it will become a cinder and there shall be no human race.  Neurotic men will wage atomic war and noting shall be left.

The only saving factor which there can be is a dignified divine woman, and that has to be created all around.  So, my calling is not to an individual nation, not to an individual person of a certain caste, creed, race or tribe. I am calling today to all women of this planet earth to return to their real essence; a dignified and divine real self.  I am calling upon them to rise when everybody else sleeps.  I am calling them to do sadhana because it can make them divine.  I am calling on them to learn to do anything and everything within their reach so that they can become once more that magnetic field which attracts righteousness, goodness kindness and all-told positive human values.