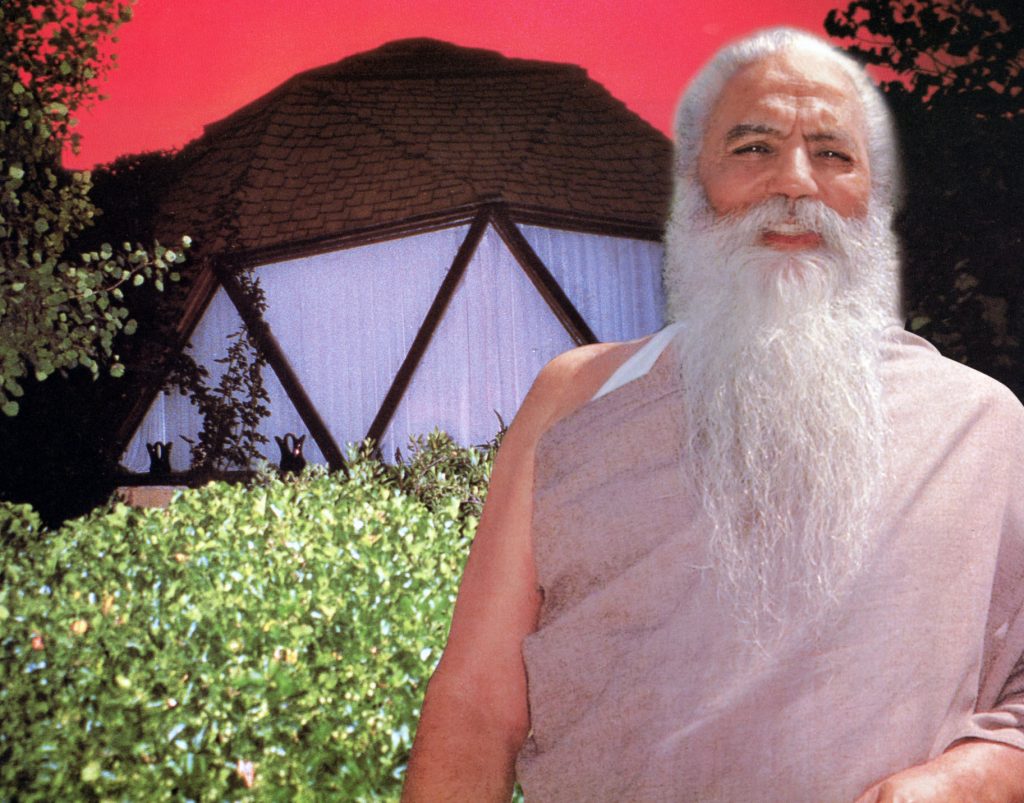 *This image and words from Soorya Kaur (staff member of Yogi Bhajan) were shared on pages 18-19 of her book,  YogiJi – The Light of Our Souls, written in 2005

After the big earthquake in Los Angeles in 1995, the headquarters were moved to Espanola, New Mexico.   Yogiji’s students built him a geodesic dome for his personal living space and meditation.  Gurbani Kirtan (music from the Siri Guru Granth Sahib, the sacred text of the Sikhs) played 24 hours a day.  It created an environment that enhanced awareness.  Yogiji was not bound by time.  He did what he needed to do.  He worked deep into the night, made phone calls to various time zones, sat at his altar to pray and meditate, before finally going to bed at around 4:30am.  He only slept for a couple of hours, if at all.

Many of his students were healers and would come each morning to work on Yogiji’s health.  What would often happen is that they also got lessons from him on how to treat themselves, and advice on how to heal their patients.  Two people, particularly, came to see him consistently for over eighteen years.  Dr. Harijot Singh Khalsa, an Acupuncturist, and Dr. Guruchander Singh Khalsa, a Chiropractor, who treated him on a daily basis, were kind enough to work on all of us too.

The Dome also housed Yogiji’s various collections.  He said that his collections were for future generations to be able to see a simple and different life from the high tech, gadget oriented lives they were likely to have.

The Dome was an icebox.  Yogiji’s body temperature ran very hot, so he lived in what were for us, arctic conditions  We would enter and have our teeth chatter, while he was casually dressed in summer clothing.

Here are additional photos of The Dome from the photo archives.