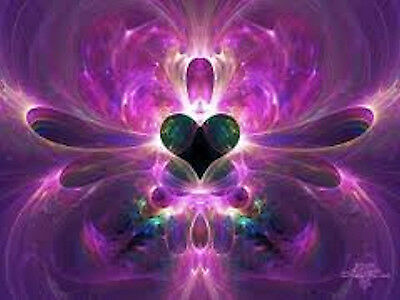 My story of the first time meeting Him in person was strange and mysterious. It is for me like it was yesterday.

I knew a lot of Tibetan Buddhist Masters, because I thought for many years, the Buddhist way was the ONLY way to a kind of enlightenment. Then I participated in the last large workshop in Hamburg, Germany, late autumn 1998.  We sat there with approximately 500 people and more in a very small room, like herrings in a can. We didn’t even have space to stretch our legs.. I was really lucky to get a place about 3 meters close to the stage.

In my memory it was hours before Yogi Ji entered the stage with His stuff, in His full glory – He had some big rings on His fingers and radiated a kind of majesty which I never noticed or saw before. In my naïve perspective of things, a Yogi had to be poor and not dressed like a king! These thoughts were my only resistance. I know from the Buddhist Masters, their energy was like summer winds, but Yogi Ji’s energy was like a tornado!

In the same moment I felt His energy, something in me began to resonate.  His energy went up and down in me like it was scanning me. During the next hour, when the exercises started, it was as if He was looking inside me.  Something began to move in me, switching things to their right place. It caused a lot of pain.  It was like a large bleeding wound in me and tears began to flow, but I tried to hold the focus as strong as I could and did what He said. The exercises circled like a diamond in the Navel Chakra.  That is all I remember… What happened to me there was very painful and much more intense than the Tantric Energy.

After two or three exercises, he send us to the toilette.  It was so cleansing, what He did. I thought, my period was over, but now I was bleeding again and I had no tampon with me. There was a lot of blood in my trousers and I washed it secretly, because I didn’t want anybody to see it. This was a physical sign for me, that I wasn’t imagining what happened… Waheguru!  When the break was over, I went back to my little place, I was in a trance.

The next day was so intense, like the day before!  Until this point in time, I had been doing Kundalini Yoga regularly again for 3 years because of my health, which was not the best. One year before this I was at the European Yoga Festival in Loches for the first time, and it was opening a closed door for me.  My spiritual journey had just began and I did the last White Tantric Day, but this is another story… I healed myself from a trauma with the help of the White Tantric Energy, the trauma of my birth… So I was trustful that all that had happened to me until now was for something good.

After this episode of meeting Him, I realized, that I could breathe more easily and deeper and there were some spots of heat in my body which were moving around. It was a cold winter and I was always freezing, because of my low blood-pressure.  However, this Winter time my hands were so hot, that I could heat up cold juice bottles. The energy pulsed strongly within me! I had no idea, what I could do with this until many years later, when I learned Sat Nam Rasayan.  This flow of energy never stopped in me since that time!

My journey was and is full of miracles. I am very grateful for all that He did for me.  Only through His presence and the strength of His aura… His aura could heal somebody without a doubt!  Yogi Ji took my heart and soul in a storm and I will be grateful for all in eternity! The key for Happiness was always pain! He brought me back into my power from so many lifetimes before!  Only He could have done it; NOBODY else on this earth!

And now I bow my head to the Siri Guru Granth Sahib Ji, the greatest blessing of all.

Be blessed, dear souls, for this opportunity to let it stay alive and not be forgotten!