Home › Experiences › Our Stories › To Live and Die as a Teacher 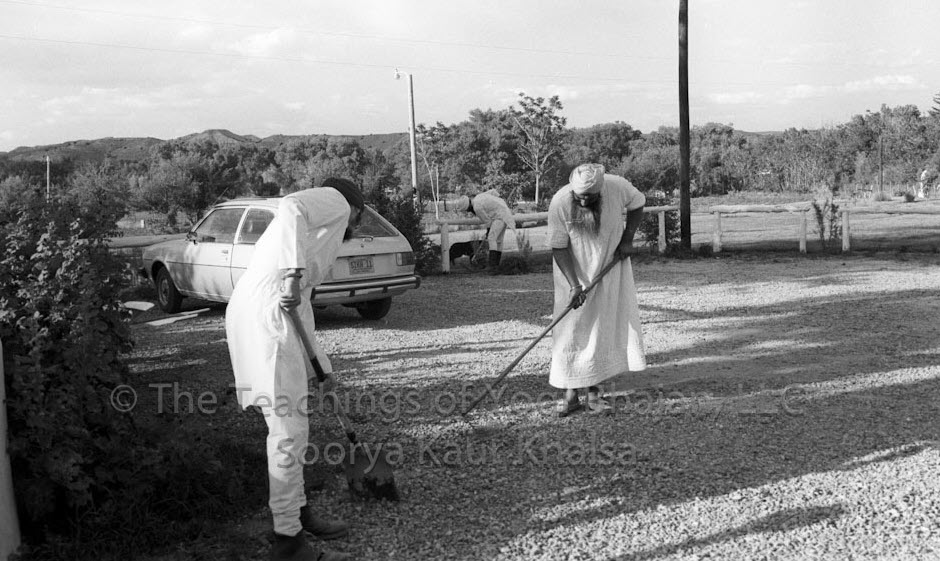 From page 98 of the book, The Man Called the Siri Singh Sahib, published in 1979 and written by S.S. Kaivalya Singh Khalsa, Kansas City, MS

In December of 1973, we had just opened the Golden Temple Conscious Cookery in Kansas City, Missouri.  We used to go into the restaurant at 7:30 am in the morning and leave at 11:30 pm. It was a long day, and even though we would get pretty exhausted sometimes, we still kept up and stayed inspired.  We had no time to think otherwise, even if we wanted to.

In early March 1974, the Siri Singh Sahib was going to be doing a tour through Texas and my great wife, Pudmani Kaur, inspired me to take off from the restaurant and go down and see the Siri Singh Sahib, be with other teachers, and travel from ashram to ashram with everyone.  Against my sense of responsibility, I went down by plane, to Dallas, Texas, the first stop on the lecture tour.

One night, all the teachers, myself included, were in the Siri Singh Sahib’s room talking, when almost magically everyone left, even Sat Simran Kaur, his tour secretary.  There I was, alone with the Siri Singh Sahib for the first time.  Of course, all my insecurities bubbled forth and the problem that was most heavy on my mind came out first.  I told him about my problem and he gruffly answered.

“So what, everyone has problems, what makes you so special?”  Not to be dismissed easily, I went further into my problem, not realizing that I really had nothing to worry about.  Then, he said:  “Well, if your problem really bothers you (still kind of heavy with me, no visible compassion), have you dedicated your life to live and die as a teacher?” I thought for a moment and then replied, “I have.”  Siri Singh Sahib Ji, then replied, “Then don’t worry about your problems, God will take care of them for you.”

Right then and there, I knew he was telling me the Infinite, Absolute Truth.  I prayed to God to give me that strength to forever live and die as a Teacher. Sat Nam.

Home › Experiences › Our Stories › To Live and Die as a Teacher