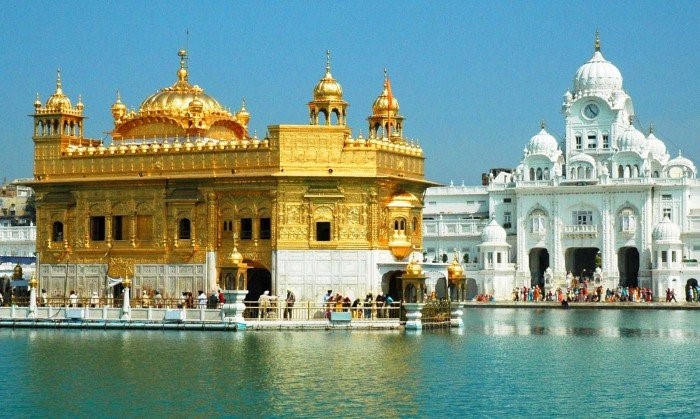 My daughter Kiranjot Kaur met students from the Miri Piri Academy in France last year, and was inspired for us to visit the school to see if there was a future education for her there. Whilst Miri Piri doesn’t define itself as a ‘Sikh school’ the school program models the lifestyle taught by the Sikh Gurus, and the uniform they wear is modeled after the Bana of Guru Gobind Singh.

We happened to arrive at Miri Piri at the time when the students at The Miri Piri academy do a 40-day seva of ishnaan, awakening as earlier as 1am to travel to the temple and help to clean the Parkarma. It was a beautiful seva to witness, these children of varying ages following a great service and discipline.

We were so divinely blessed to arrive for the first time in the Siri Harmandir Sahib Golden temple for Guru Ram Das’ birthday 29th October.

We had heard it gets busy at festivals and celebrations so had arrived at 2.40 am to join hundreds of pilgrims queuing in Indian style. Busy was an understatement!  My only previous reference to crowds like this, were massive rock concerts. Being compressed and contorted with so many others, made me wonder whether it was my time to exit this planet. Having only hours before been witness to an earthquake, and hurled, unstrapped into rollercoaster rickshaws rides, in true yogi style, my nervous system was beginning to adapt to Indian terrain. What better place I thought, to be confronted with one’s mortality! The shabad kirtan is sung so sweetly in the ambrosial hour, the soul is nourished, all else loses significance. As you gaze over the Amrit Sarovar, the body is healed. As its name comes from Hari/God, and in this Temple of God the spirit is elevated and ones only option is to atune, heart and mind toward the infinite.

As we walked along the bridge connecting the Parkarma across the Amrit sarovar to the temple, the magnificent tenderly sewn flowers, formed a fragrance that enhanced my senses further toward the divine. Many, many devoted sevadars, spend long hours at festivals, draping and intricately arranging and enhancing the already existing beauty. Unlike our dear Queen’s palace in London, where only the privileged few are invited, this palace clearly welcomes all with the 4 entrances, directing toward the 4 corners of the earth. This 4 took us to the realm of the heart, symbolizing deep equality and a gateway to god. Guru Ram Dass the 4th guru, so eloquently taught us through his short and devotional life, that through the heart, we can commune in truth, be of service, and conquer all duality. Sitting on the throne of Raj Yoga, Guru Ram Dass holds the suffering of humanity and invites healing. Just as the steps to the Golden temple physically take you down to the Parkarma, as one takes this symbolic journey down toward the heart, it’s possible to consciously meet your own depth, open to the wealth of humility and healing within your inner temple.

Meditating in this place awoke within us a state of Cherdi Kala, this palace expanded our hearts and we communed with our souls. I have only ever experienced such vast and exquisite depth of this kind once before, at the moment Kiranjot was born. After a long and initiative birth into motherhood, I met her eyes for the first time, and felt a similar precious state of elevated joy. Here It was again! I was suspended in time and space, enwrapped in a state of sacred bliss in this magical and ancient site.

For over a 1,000 years this, land and site has been known as place of worship. Gurus, Saints and holy beings have walked, bowed, conversed, taught, stood in courage for truth and justice and prayed. Although not evidenced it is said that Gautama buddha 563 BCE to 483 BCE had specifically come here in contemplation. It was clear from the beauty experienced both outwardly and inwardly, and from the vibrating current of life present, that sacredness seeps from the fabric of the walls, and from the ground under one’s feet.

As we walked around a corner of the Parkarma, I smiled from my heart, there stood an inscription of Yogi Bhajan’s and Bibi Ji Inderjit Kaur’s names. Yogi Bhajan had been a sevadar at the Temple for a number of years, and it was during this time he met the light of Guru Ram Dass Ji in his subtle body and was given the mantra ‘Guru Guru Wahe Guru, Guru Ram Das Guru’. This meeting with Guru Ram Dass served as a catalyst for Yogi Bhajan to move fully into his destiny. Today we are so freely graced and served by these great teachers and the incredible sacrifices made, that we have a legacy and body of teachings that serve us and prepare many yogis in the transition into the Aquarian Age.

During our pilgrimage at the Siri Harmandir Sahib, we witnessed massively ordinary acts within and without. The community kitchen was incredible. I have never seen so much food arriving in truck loads, or such numbers of plates being washed, hundreds of servers and sevadars ranging from young ragged clothed paupers to wealthy elders. People from all walks, faiths and projections of life, sitting on the floor in rows of hundreds and thousands eating and being served together. There were large teams of sevadars who had never met, moving as one, giving their time and love, cleaning the Parkarma, making rotis, and contributing effortlessly in harmonious remembrance and service to god. It made me expand my projection of what’s possible, if a free kitchen for tens of thousands of people can be served each day 24/7 with such ease in a third world country, then what really is our true potential to serve humanity, here in the west in a European and rich country? 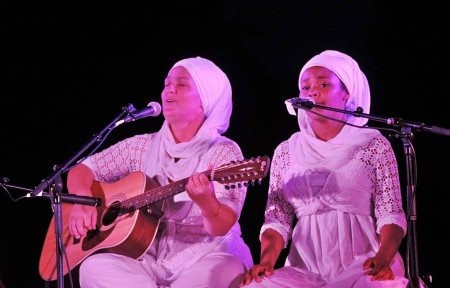