Home › Experiences › Our Stories › WHO YOGI BHAJAN IS TO ME! 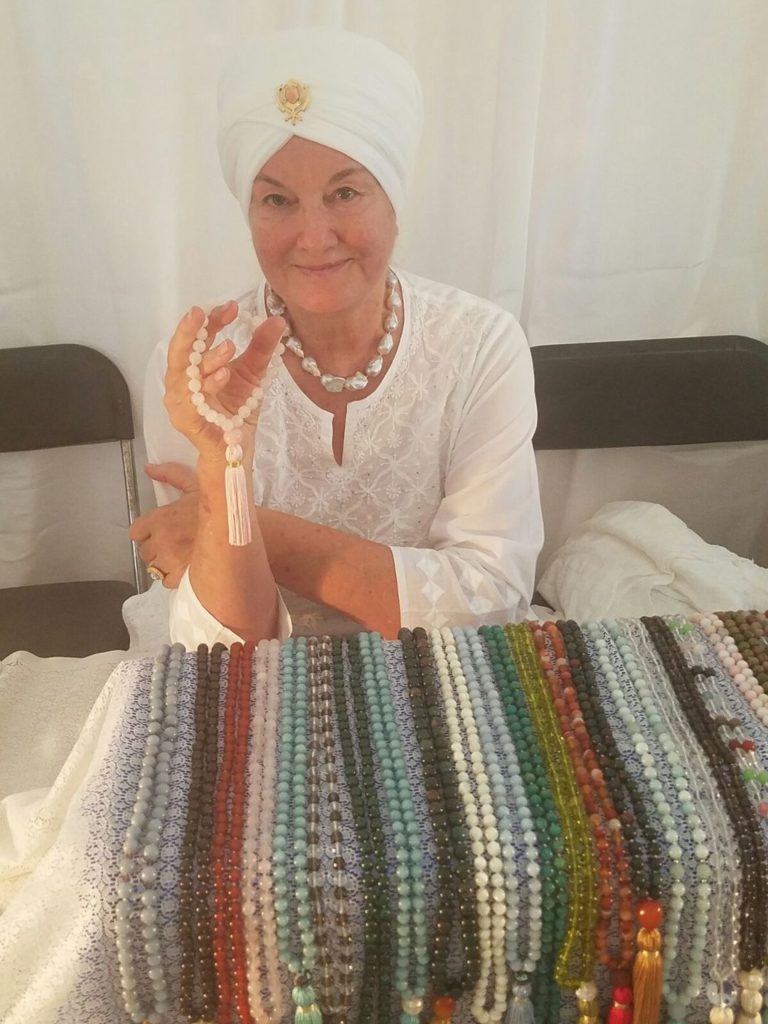 I first met Yogi Bhajan in Salt Lake City in the early seventies. He came to visit the local ashram. He was going to teach at the “Little Theater” at the University of Utah. My husband and I helped to prepare the ashram for his visit. The energy wonderful. We were preparing for a saint, but in actuality, for a shift in our own consciousness. We had just passed through the sixties and we were ready for a teacher.

Certainly later, he became our spiritual teacher. He encouraged me to move to Espanola and to “get to know the people and the land”. It was truly like living in a village in India back in those days. That’s why he loved Espanola.

He was someone I looked forward to seeing every day, even if from afar. I worked with him for over a decade at his Espanola ranch and spent many hours of the day, often time in the evenings, working with him on New Mexico property issues as his property manager.

He was a royal being of majesty. Listening to his words, whether they be to me or someone else, was an amazing experience of lifetime changes. He was a true master. A conversation with him was transforming.

He had a way of cutting through the crap and talking directly to your soul. A space opened up where there was no question between you and him. In that moment, you understood he was talking to your subconscious and directly to your soul, and he clearly recognized its long journey. If you were receptive, he could guide you to correct what was incorrect in an instant.

He had a way of saying something that could take you within yourself and you would, for one moment, remember your own timeless existence.

As a master, he walked with many of us, and continues to walk us through lifetimes and thousands of layers of existence, recognizing and burning personal karmas along the way. He now remains a subtle body teacher.

You may think living in an ashram or living the discipline of a spiritual life is easy. It was the hardest life. It isn’t meant for all. It was a moment, a long-extended moment in time. But for me, it remains the most challenging, beautiful and rewarding life.

Hundreds of his students created music, art, and poetry reflecting the universal wisdom he shared. I studied gemology and began making malas to encourage prayer and Japa repetition. He lovingly started to refer to me as “The Mala Lady” and I created many designs inspired by his wisdom on the healing properties of gemstones. I simply asked questions. Over 200 books have been written based on his teachings, as well as a wealth of CD’s, videos, paintings, and sculpture. He himself wrote over 30 books. He was often  like a magnet. People flocked to him to hear his words.

Many young people were motivated by his words and adhered to the practices he taught and cherish the experiences they had. He gave many young people the gift to be able to interculturally relate. Simultaneously, he taught them a strong practice, giving each generation what they would need to move forward with their own families. Some were able to understand and apply this wisdom, and some changed and turned around his words and the meaning of his instruction. Was he perfect? Each relationship was very different. He was a teacher. Women swarmed him, loving him or hating him and seeing him as a teacher or a haunting authority figure, a hurtful father, an enemy, a lover……

He passed on the ancient teachings. He brought  many of us all the way to the feet of our beloved Guru, the Siri Guru Granth Sahib, with deep gratitude, respect, and grace. We learned the science of the Gurmukhi and we learned to blend with the sound-current of the ages. We found a bridge between worlds where we renew and refresh our souls.

He also taught and gave an in-depth experience of love, forgiveness, patience and compassion; and it remains my sacred duty to pay it forward as a teacher of love.  He gave each of us what was needed to play our part accordingly, in time and space, so that hundreds of psyches could be cleared from pain. He takes the brunt of any misunderstanding because the clearing is not about him. Never was, never will be. We prayed for the teachings, he delivered.

I can say he knew me in a way that, I know, no one ever will again. He made every day unique and special for me. I had the rare opportunity to watch and observe, for decades, literally hundreds of counseling sessions and classes over the years. I attended every KWTC, Solstice and Khalsa Council meetings as an observer. I was present for all of those lunch afternoons at the pool and the rides to the flea market in Santa Fe, and the meetings at the El Dorado Hotel in Santa Fe, where he enjoyed the piano player and met many people.

Yes, I washed my brain. I always sat right in the front row of his classes. I wasn’t in love with him as a man, but I knew his every gesture was important and I wanted to experience each one. I could see he would only be a moment in time. He told me there are no miles between those who love. He proved it many times over. He is still proving it.

I spoke to him often then, I speak to him now, and through that depth of love, he is always present within my heart, my psyche and my existence. I am very sure of my life, my relationship with my Guru, and my identity. My two amazing sons and my four grandchildren. I cannot speak for what others may have experienced, but I won’t be silent about my own experience. I know I met a master, and for those who misunderstood the times, he reached out to them too, as we must also do moving forward.

Thank you Siri Singh Sahib Ji for this precious inspired life,  the lessons we learned, the teaching you left us with and the path moving forward.

Home › Experiences › Our Stories › WHO YOGI BHAJAN IS TO ME!