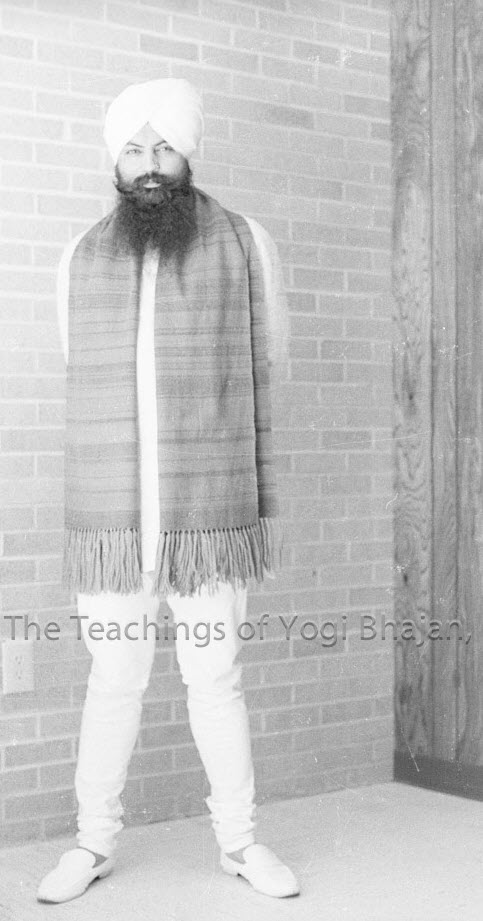 Himself having so recently been the chief customs officer at India’s busiest airport, Harbhajan Singh savoured the sweet irony of his new status. Finally, the people in front of him were cleared and it was his turn to step forward and engage the officer at his desk. The inspector’s eyes took in the papers placed in front of him.

“I am a yogi.” Harbhajan Singh, the former customs inspector, had decided to make a break with his past. A new future required a new identity and this was it.

“Do you plan to work here?”

“Yes. I have been offered a job at the university here as a teacher of yoga. You can see from the letter here.”

“Only this handbag. My luggage went missing in Amsterdam.”

“All right, then. Welcome to Canada!”

The arrivals lounge was packed with people pushing to and fro. You could hear French and English being spoken. There was a cluster of Czech refugees, just arrived, with their precious bundles and suitcases. At 6′ 2″ tall, Yogi Harbhajan Singh towered over the milling crowd, looking for a familiar face. It was not there.

Yogi Harbhajan, master of patience, went within. An hour he waited, then reached in his pocket for the number of the man from the university who was to receive him. It was Friday afternoon, and he called the office of his sponsor. The secretary who picked up the phone had been expecting his call. She did not have good news. The professor had been involved in a serious traffic accident and died just the day before.

Harbhajan thanked the secretary and offered his condolences. Hanging up the pay phone, he reflected on the briefness of life and the inscrutable course of destiny.

What was he to do now? His employment and all his plans were up in the air. His luggage, so carefully selected and packed, was gone forever. There was not even anyone to receive him at the airport.

At that moment, the Words of the Siri Guru Granth Sahib came to Harbhajan Singh. The lines were from Guru Nanak’s Japji Sahib:

“Whatever afflictions and deprivations might be, these too are your Gifts, O Bountiful One!
Freedom from bondage comes only by your Will. Nothing more can be said.
Any fool who presumes to know better shall live to eat his words.
He Himself knows and he Himself gives. Only a few acknowledge this.
That one fortunate to sing the Praises of the Lord, O Nanak is the King of kings!”

“So,” Harbhajan the Yogi thought, “it is Your Gift. Thank you!”

Just then he saw the diminutive Canadian masseuse he had known in Delhi. She had made the arrangements for him to teach at the university. The woman had heard the news of the professor’s accident and come to the airport alone to receive Harbhajan. Together they took a taxi to her apartment home where she had an extra bedroom prepared for her tired guest.

Fall was in the air. Soon the leaves would be changing colour. The Canada geese would be flying south. It would be Thanksgiving, Halloween, and soon after, the snow would fly.

Yogi Harbhajan Singh had arrived in another hemisphere, very different to what he had been accustomed to. The people here looked strangely blanched compared with the coffee-skinned people of Delhi. They spoke with a different accent, sometimes difficult for Harbhajan to understand. There were lots of cars here, but fewer people.

There was a whole new world for Harbhajan Yogi to explore, but after a little dinner with his hosts and a Kirtan Sohila to himself, it was time to put all this aside and rest for the coming adventure.

(Excerpt from “Messenger from the Guru’s House” commissioned by Yogi Bhajan in 1983 and written by Guru Fatha Singh Khalsa.)