Home › Experiences › Our Stories › Yogi Bhajan: I Can’t Get No….Satisfaction 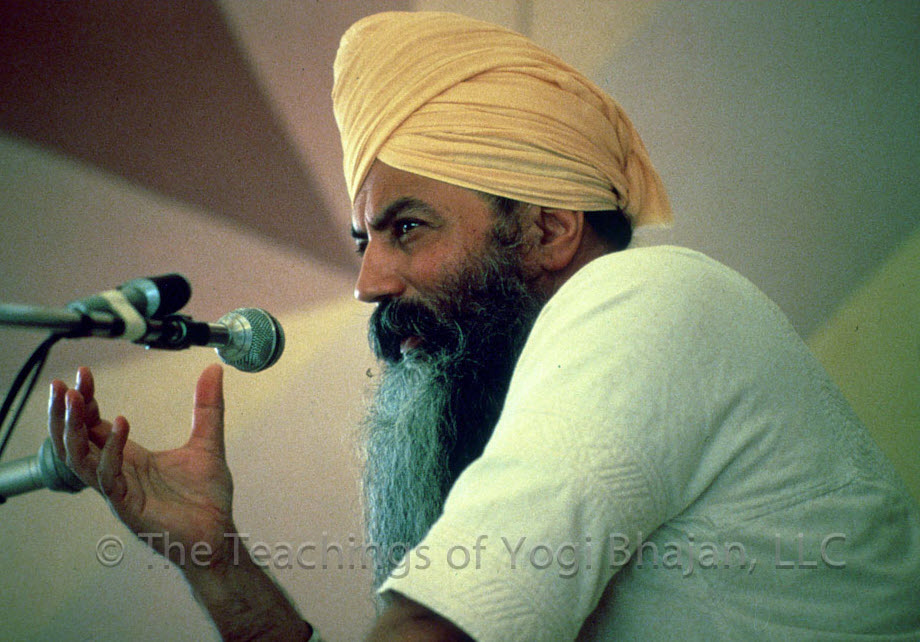 Written years ago by Hari Jiwan Singh from Espanola, NM.

I remember it like it was yesterday. Actually, it was forty years ago. The Siri Singh Sahib, Yogi Bhajan, and I were sitting in a small restaurant, Jasons, in Westwood in late spring of 1979 enjoying a falafel. Jason’s was a small but famous stop in LA because their middle Eastern food was rockin! This was back in the days when the two of us ventured out alone each afternoon. We were just leaving a movie from around the corner and the falafel hit the spot. “Sir, if you don’t mind me asking, what changed your life. You’ve told me many times about your earlier life, and you have hinted that is was not always a pretty picture. What happened?”

Well, that question was a bit presumptuous of me, but that’s the way I was. It was O.K. with me if he didn’t answer, but at least I had asked. I took the chance he would, and he usually did. Not always, but usually so. I took the risk in being mildly irreverent and it usually worked. He didn’t seem to mind even if I should have.

“It’s the same for everyone. Either consciously or not, dissatisfaction is the motivator. No matter what I had, I wasn’t satisfied. I understood spirituality. I was a yogi, but I wasn’t satisfied. I wanted more. I wanted it all. My saving grace was serving the House of Guru Ram Das, scrubbing the floors, and carrying the Guru. It allowed Guru the pleasure of serving me.”

That statement caught my attention straight away. I thought that our mission was to serve God, not the other way around? What’s the deal? I was about to ask him about that when he continued, “Son, if the way to God is through service and devotion to Him, doesn’t it have to follow that God has the same blessed duty to serve and love his students? The way to God in all religions is to think and act like Him. God is pure love so His sharing love is His joy. He loves to serve and love more and more – just like His sincere students. Unfortunately or fortunately, the way it works is that God loves and serves His students in direct proportion to the students sincere devotion and service to Him.”

“So, you mean that you’re really serving God’s enjoyment when you allow Him to serve you? And, if your lucky to be in His great debt, a flow of perpetual love between student and teacher, student and Guru, Student and God results?”

“Now, you’re getting it. I wanted more and more. If it was all out there, I wanted it. I traveled everywhere in search of it. I met every holy man I could. I studied. I served. I did it all. But, that wasn’t enough. I wanted all that God had to give.”

I got up quickly to take his empty plate and put it aside. I think I just needed a moment to take in what he was saying. Truly, it was overwhelming for me at the time. As I sat back down, he continued as if we were never interrupted, “When I learned to trust Guru Ram Das, my lamp was lit. I learned this while doing ishnaan seva (washing and cleaning the Gurdwara) at the Golden Temple every morning. My love for Him finally became real.”

I wanted to know more. “If you don’t mind me asking, sir, what do you mean by your love becoming real? Isn’t love, love, or are there layers? And, if there are layers, what is the layer of real love like?”

I took a sip of water as I tried to reconcile all the wisdom being thrown my way as he continued. “I had chased all over looking for the answer, and it was right in my back door. Sikhism gave me this contentment. It taught me how real love is demonstrated through compassion, compassion to all.”

Yes, that was a little much to take in a the falafel joint, but I kept it stored away for later use. Throughout the years, I’ve been able to augment what he said into my consciousness. It has became the antidote for everything. I must admit, it was really a surreal experience. Here I am, a spoiled kid from the midwest sitting with a master of the Universe and he’s saying things to me that holy men for centuries have sought to know and understand. How did this happen? Well, that’s for another time…

Home › Experiences › Our Stories › Yogi Bhajan: I Can’t Get No….Satisfaction