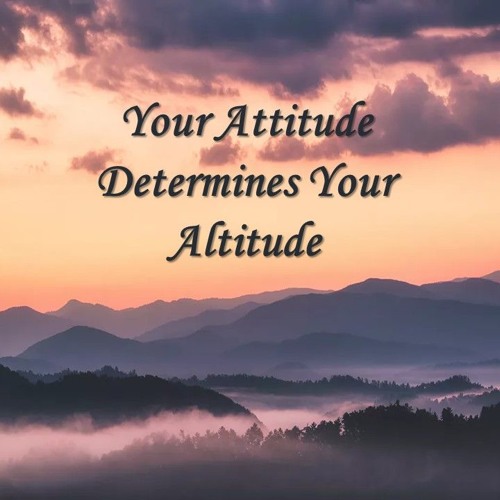 Here are some excerpts from a lecture by Yogi Bhajan from the book:  The Mind: Its Projections and Multiple Facets

Each of you has all three gunas or qualities in you: an animal, a normal human which I call earthling, and an angel—the sensitive, awakened human. All three are there. When you act as an animal, you ignore your sensitivity. As an animal you act by impulse and necessity. An animal acts in a very focused way. If hungry, he has to eat. If horny, he has to mate. If threatened, he has to run or kill. The impulse is so strong it acts as a unifying force for the psyche of the animal. As a human, when you act as an animal, you are direct, focused, and robotic—ruled by habit and impulse.

When you act as a normal earthling human you depend upon emotion. All you have is feelings, thoughts, and emotions. You can have so many you do not know whether you should act or not, what you feel or not, or even who you are. The more you depend on that flood of feelings as if that is you, the more mentally corrupt you become. You lose innocence and the clarity of you as you.

When you act as an angel, you are kind, compassionate, helpful, and true to your word. You are peaceful in action and peaceful at rest. You are innocent and direct. You can listen and act in the Will of God and the reality of your soul.

In this way the rule of life is very simple: each day increase the angel in you and decrease the animal in you. That is all that is required. Most people act like an animal or an earthling.

You also do the worst thing: you falsify your own quality. You develop a false ego, a false fantasy, and live in imagination about yourself. You are a human, an angelic reality, but you live as if you are an earthworm, burrowing in the earth and darkness!

A wise person does not question anything. He has a sensory system that is alert and he has intuition. He has an understanding that reads between the lines. Duality is when you have a chance to learn and instead you question. You promote your feelings and fantasy but you cannot listen. Though you have a mental quality, sattva, to be able to listen, you question intentions, relevancy, ability, everything. That is the worst position of the mind.

Your mind has qualities, and they must support your personality and character. Your behaviors will directly reflect and be supported by the qualities and projection of the mind. There are five earthly tattvas: earth, water, fire, air, and ether—qualities in our senses and in the world. These engage three kinds of behaviors or three qualities called gunas, that determine the altitude and attitudes of your life. These three gunas are: tamas, rajas, and sattva.

If your mind is tamasic, you will act stupid, angry, dull, and confused. You may have hidden anger or ingrown temperamental anger. That’s the worst state of mind.

If your mind has a rajasic guna, you will be demanding. You will be royal, positive, and active. For your goals you may make a war, but it’s a royal thing with a purpose.

If your mind is ruled by the sattvic guna, regardless of conditions, with all things as they are, you’ll be angelic, and sail through every situation as a saint. You will be peaceful, tranquil, content, and full of grace, honor, and discipline. Your personality will be perfectly united with your spirit, and you will be nothing but radiance.

Our ancient social history left many habits that do not support this basic sattvic guna and sensitivity as a human. Long ago we were just impulsive and separated. We were a kind of barbarian and had to survive. Then we started feeling something new. We didn’t like it anymore. We felt empty. So we started living in the caves. In the caves everybody who could come was asked to come. We developed as a cave people.

Eventually from the cave, a few caves joined together and we became clans. Then a few clans got together and we became tribes. With more time, some tribes came together, developed socially and communicatively, and became a nation. During the tribal periods we would take over the other tribe. We would conquer it, and put it under our power. We had slaves and we signified status by clothes, habits, and speech. This is when we started to shave all men and women who were used as slaves. We took away the sensitivity of the hair and the dignity of living as God made us. That is why so many spiritual traditions respect the hair and its sattvic qualities in the person.

Finally we became nations. Then as nations we used the divine right of kings. Those who were kings were the king. The rest were all peasants with no rights. It was so bad that women were sold in the market for four goats or three sheep. Those instincts and ways of living are still among us. Even with great thought and great civilizations we created gunpowder, cannons, vast war machines, and plutonium bombs. We tribally killed ten to forty million people in each war. And we are still killing and starving millions. In the end we live without sensitivity and create poverty and insecurity. We neglect the need to direct and conquer the mind regardless of what we invent and possess.

We have forgotten our own sensory system and our basic guna of the angelic self. We react to the environments and act emotionally. We try to manipulate with emotions and feelings instead of projecting an impact from our soul. We do not trust and rely on the angel in us.

Choose to Live with Altitude

All of you can be real, compassionate, and choose to live with altitude. Then you teach. One way or another you elevate everyone by your words, actions, and prayers. If you start to deal only with emotions and feelings and not your heart and self, you will be a tragedy.

That is why real success as a human and as a teacher only comes as you are angelic, as you let go of the earth. Feel the earth. Exalt the earth. But do not attach and try to hold to it. It is against a basic law of God and your soul. Have everything, but let it serve your consciousness. That is what a teacher is for: to shake you and wake you.

To be happy as a human being you must recognize your basic guna and live to it. You must have an effective personality. Your tattvas and gunas must support you. Your mind needs to project in unisonness the power of your facets to deliver your own angelic self. You must call on your own spiritual and genetic strength. You have been given everything you need.

In your basic personality every woman has to know she’s the beauty of the Universe, and every man has to know he’s the star of courage. Instead of speaking that and doing that, you complain, excuse, and avoid: “This is messed-up. That didn’t happen. They made me miss it. That was done to me. I don’t really know what to do.” What an insult! That language has no human energy in it! Nothing effective.

This is a very special chance to be a human and have a human body. You are given the body and the mind to accompany your spirit on this journey.

The Games of the Mind

Every religion and tradition tells you to deal with the feelings. Do not suppress them, ignore them, or stop them. Synchronize, divert, and elevate them. You wonder if we are Jews, Sikhs, Muslims, Christians, or Hindus. Who are we really?

You have an in-built faculty for sensitivity, but you block it with your egomania. You deny your own nature and cover those intuitions with games of apathy, sympathy, tantrum, and anger.

The mind takes you into the realm you want. Do you understand that with the human body it is a choice? There is nothing wrong. You must have the choice. You can do whatever you want. Make a choice. If you use the mind in the sattvic guna, it makes you saintly and enriches you to be crowned as a Lord of the Universe. You are connected and effective.

If you use the rajasic guna, it empowers you to be the king of the territory. You gain jurisdiction wherever you can feel, see, and live. If you use the tamasic guna, it makes a human an animal in this world without any blessings or guidance from the heavens.

Your Positive and Negative Minds spin out with the tamasic and rajasic gunas and plunge you into competition, comparison, and calculation. You try to manipulate and think your way out of the problem. You seek perfection. You start to criticize your self, your body, the entire creation, and even God! You swing from massive efforts and success to depression and anger. You do not understand the key.

Elevate to be Angelic

As an angel you dwell in God and God dwells in you. Your altitude is the highest on each step of life. To the animal realm, God is only an existence. To human and earthling realm, God is a companion. To a saint and the angelic realm, God is personal and always present.

We are entering the Age of Aquarius in 2012, November 11. It will be a new time. The entire psyche is changing. Many people will not cross this cusp. You must purify the mind, body, and soul to be real, innocent, and sattvic. Elevate to be angelic. Between now and then, those who are still Pisceans can survive a little. But after that time God only knows.

This Age you will all serve is an Age of Awareness, an Age of Experience. This transition to that Age began in the Piscean Age. The Piscean motto was: “I want to know. I need to learn.” The Aquarian motto is: “I know. I want to experience.” You will have to deliver experience to everyone. And you must deliver the experience to your self each day. That is sadhana, and for that we have a technique.

Guide us in this way, Lord. Give me nobility instead of corruption. Give me reality instead of duality. Give me grace instead of being ashamed without face. Give me today for every tomorrow that I may not be part of the sorrow. My Creator Lord, create in me the faculty and the facets of an angelic human so I can serve all in Thy Name, with Thy Grace.

This lecture can be found in the book, The Mind: Its Projections and Multiple Facets, available through Sat Nam Europe.