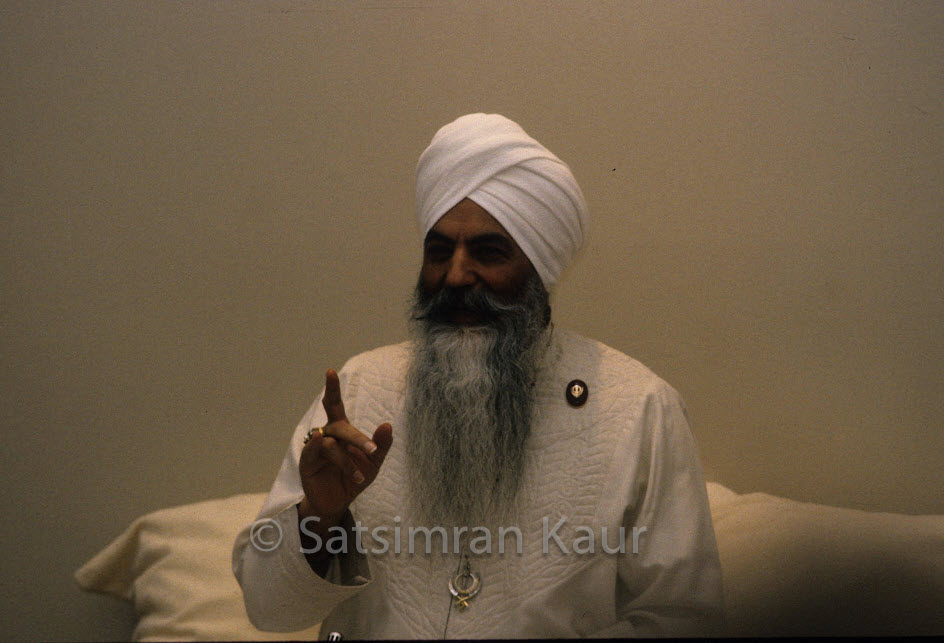 Here are some excerpts of this lecture given on September 21, 1988, in Los Angeles, CA.  Scroll down to view the full video lecture

The body has a system and there are certain things which deteriorate it: sudden grief, anxiety attacks, sugar blues, and inverted anger. When the inverted anger becomes part of the body, the simple effect of that is that you have absolutely no relationship with yourself. One person is very angry and obnoxious. It is kind of a broiler. Inner anger is sometimes so obnoxiously stupid that there is nothing anybody can do.

On the other hand, Agan Granthi—the anger comes from where it’s hot, it’s a blood, it’s a circulation, it’s a diaphragm, it’s heart pumping automatically. Whole life depends on it. So, it is the center of the heat; it’s a furnace. Either it can cook for you, or it can burn your house. And there is nothing in between. That’s the tragedy of it.

The majority of people are stupid animals because they do not relate to their inner anger under any circumstances. I have seen people defraud themselves. They tell themselves things which do not exist to get by. They have a self-hypnosis. In the West people are emotional. These are all signs of inner anger. It means we have the body of a human but not the behavior of a human. Do you understand what I am trying to say? To have a body of a human doesn’t make a human.

The purpose of the beast is to progress to be a human. The purpose of a human is to look like an angel, be like an angel, and act like an angel, and that’s the chance. And angels are transparent; they are an active positive force which is transparent, which can do everything. But that does not mean that humans even understand. For a human the attitude is to become rich and powerful, to control others, to buy everything, to have the force of it. That doesn’t make any sense. It will never make sense; it has never made sense; it doesn’t mean anything. But that’s where our limit is.

Here is a link to the instructions for the kriya that Yogi Bhajan taught in this lecture:  Kriya for Relieving Inner Anger