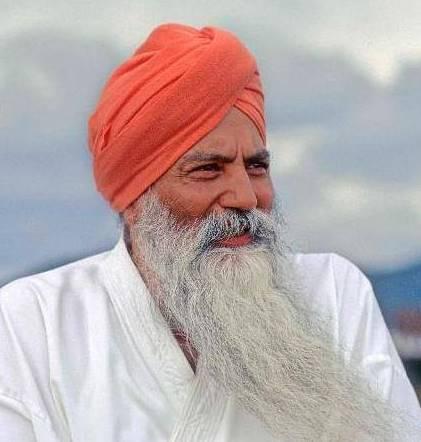 If we rise for tomorrow, make ourselves valuable, help others, serve others, talk to others, open people’s minds and hearts, share their dreams, and serve them in one way or the other as we can—that will be very pleasant to everybody’s soul.
12/29/02

If you tolerate everything you shall go wrong, because your values go wrong, The mighty must not destroy the poor. You don’t tolerate this. It is tolerance that you do not tolerate injustice.
1/8/89

As we are entering the Age of Aquarius, we have to know what life is all about, and we have to become responsible, outspoken, leading teachers of this Age. That’s what we have trained for and that’s what we have grown into. You cannot live under a camouflage. You have to live openly, honestly, brightly, and forthrightly. Your words should be so strong that they affect every heart; your truth should be so pure that it lifts a person’s soul to the heights.
7/28/02

Nonviolence is the movement of the people as a whole when life is considered to be the price for the peace of tomorrow.
2/11/83

We’ll never consider this is black, this is brown, this is yellow, this is pink. Nobody will ride in the back of the bus; we’ll offer our front seats to them. Our places will not be places of punishment and judgment; they will be places of prayer and forgiveness.
6/25/95

We came here for religious freedom. But we forgot that we have come here to practice our religious practices and we can allow others to practice their religions freely. We forgot the principle to live and let live.
9/8/85

We are people who have come from all around the world as aliens to live in a land where we will have religious freedom. But if somebody wants to take it away and we sit on the side and do not think and act and prepare ourselves, we are the worst to ourselves.
1/21/80

How many of you are registered voters? Please, those who are not, take a vow tonight that you will exercise your most fundamental right of opinion.
1/21/80

If you present yourself as a very cautious, calculating, responsible and knowledgable person who has the experience of democracy, and who loves democracy by consciousness and not by the influence of lobbyists, you can still save this great country.
1/21/80

The prostitute is being worshipped as a goddess. That’s exactly what it is today because the civilization is nothing but a living prostitution and we are totally raping the Mother Earth left and right in the name of whatever we want.
6/29/93

The Universe is asking you to confirm with yourself whether you would like to serve the Earth, to save the Earth, be a sage of the Earth. Earth, the sustainer, the Mother of you, which nurtures you—can you nurture it back? That which serves you, can you serve it back?
7/23/96

We are not going to stop, we are not going to give in. The message we want to give the whole world is that this is the time for all of us to go hand in hand, no matter which congregation you belong to. Somewhere Christians are the minority, somewhere Jews are the minority, somewhere Buddhists are the minority. It’s a question of a very simple thing: let the forces of those who love God get together and re-establish that human rights will not be blocked; press will not be blocked; and facts will always be honest.
6/23/84

Simple things, simple methods, and simple gestures can bring a flood of people on your side. Do whatever you can if you love this planet Earth. Trust in God and start doing something from this minute.
Summer Solstice 1982

Guru Tegh Bahadur laid down the first principle of the Khalsa: You shall give yourself to protect the weak – physically, voluntarily, aloud. You shall go and tell the king that in the political madness he cannot suppress the human being.
4/17/77

Life has to be decided by dharma. Righteous duty is called dharma, the call of duty to righteous action. The right of self-defense is a Dharma, it is not a war; it is not a fight.
3/30/82

Value your independence and virtue, your sovereignty. May you always be sovereign in your personality, your nature, and your action. And may Guru bless you. Take the flag of nobility and walk with it. There is nothing like being noble. Remember, nobility is the basic virtue to be human.
2/9/03

I ask every man who would seek peace to realize that peace doesn’t come by protests and rallies. Peace comes by peaceful actions, and so long as those born of the mother will not learn to respect the woman, there shall not be any peace on this planet. The day the woman will not be exploited on this planet, there shall be peace on this Earth.
5/9/71

A very courageous man, a very strong man, a very real man can talk about peace. Peace doesn’t mean to just talk about peace, peace means we have to put all the pieces together and get to one picture. It’s a song of victory, it’s a song of God, it’s a song of reality. And as I have said, until this Earth stops revolving, if those born of a woman don’t know how to respect woman, there shall be no peace. Just imagine that Mother Earth is a woman. What have we done to it? We ourselves do not know.
8/17/89

An American who does not exercise their vote is very treacherous in action. Because this country does not provide you any other hope than your fundamental right which comes to you every two years in the case of congress and every four years in the case of presidential elections. Please vote. That is a fundamental human right which you have been given and you must exercise. You know if you are a lunatic, vote lunatically. If you are very wise, vote wisely. If you are stupid, vote stupidly, but for God’s sake you must vote.
10/16/90

Choose whom you want but you must vote. I think anybody who has not registered himself as a voter has done a national tragedy. What is that democracy where nobody wants to vote? Vote right and wrong but you must vote; that is democracy. And a democracy in which only half of the people vote, what is the democracy?
10/13/88

Prayer is the only power we have. It is my personal individual belief that prayer can change the Universe. Politics and power cannot.
12/14/77

About the 1980s Nuclear Arms Race

There is a way out. You have asked whether the Congressman and Senators are with us. Although it seems that people are only interested in their jobs and their security; that is changing. People are slowly becoming aware that there is going to be a time not far away when there will be no jobs, no lobbying, no children, no family. There is a concurrent consciousness awakening in all of us that this planet is not going to be here.
Summer Solstice 1982

We are waking up and trying to control our own house. I am not asking you to start any agitation. I am asking you to start creating public opinion. There are about 1,000 people here. At least each one of you has one relative you can write to. Urge them to write to one relative. Start a chain reaction. Calm, quiet, peaceful, nice… but start saying things, and don’t stop until we stop it all.
Summer Solstice 1982

Do the prayer and be educated but that won’t solve the problems, but if you form a public opinion about it, it will work. I suggest that every person who wants to live in America and feel he is American, must register himself or herself and go to a voting booth in the morning on voting day with a placard in your hand, ‘I have come to vote against the atom bomb.’
9/11/78

I have done an experiment for the last six months. Whenever I call somebody on the phone or talk to somebody or write a letter, I just add one or two lines: “Do you want to live into the future? Do something about nuclear war.
Summer Solstice, 1982

Advocate. Educate another person. Let them have your view. If there is an atomic war, neither Democrats nor Republicans will be left. We will all evaporate at the same time.
Summer Solstice, 1982