Home » Yogi Bhajan Quotes on the Sound Current and Mantra 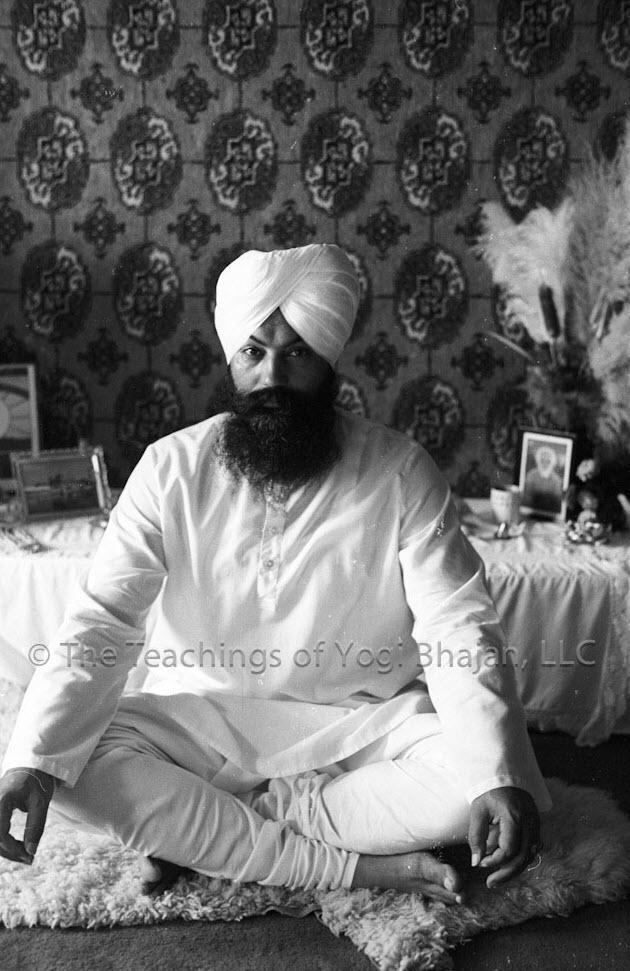 You have a mantra and you have to relate to it in such perfection, that out of that atmosphere, nature then creates that sound for you. That is sound current. ~March 25, 1971

If you have mastered your mantra, the final stage of that will be whether you are sitting, walking, or talking, you are hearing it. All the time you hear your own mantra in the atmosphere. ~ March 25, 1971

Whatever you are chanting, it should be chanted to that perfection that everywhere—doing work, eating, sleeping—you are hearing it constantly. Then you are perfectly perfect in your own mantra, and then there is nothing you have to follow—everything follows you. ~ March 25, 1971

It is sound and sound only, which is the creative power of the supreme consciousness. ~ April 4, 1971

Everything is not a mantra and everything is a mantra. Mantra is a sound current which relates to its object. Whatever level of consciousness you are at is determined by the power of the mantra. ~ April 13, 1971

When your energy moves your tongue, it creates a sound vibration, and every word so created by you has its effect in the Cosmos. ~ April 29, 1971

The sound current is a Universe. It is there. It is an Infinity. You created it, you are creating it. Then you concentrate on it. It is you who is concentrating on it, and then you become it. ~ October 14, 1971

Why we cannot make it? Mind is faster than time; the body is subject to time. How to control the time which is so fast? It can be controlled with the sound current. When the tune and the breath become rhythmic, the mind becomes still, and once you still the mind, you make it. ~ December 2, 1971

Suppose you practice Sat Nam and you have satya for it—the energy to relate to that Infinity—then under any circumstances and under any impact on your subconscious, the sound current of Sat Nam should be automatic in you. ~ March 4, 1972

If I can calm myself down and pull myself to the extent of the sound current of Wahe Guru, then I can feel I am part of the ecstasy of the Universe and the Universe is part of me. And if you can lean on that sound, this sound of bliss and joy, or if you can relate to the sound of Sat Nam, you can recharge yourself into that higher vibratory system and it can keep you going.  ~ March 24, 1972

In one breath when you inhale, you say Sat Nam—in me is the existence of the truth—and you exhale and you say, Wahe Guru—I am in ecstasy of that greatness—and you run your mind with the cycle of that breath, it doesn’t take long to understand that you are in the stage of ecstasy and you have rebuilt your own self. And thus you can capture your mind and subconscious into the lotus self of purity. You will have a fragrance in you, as in the rose there is a fragrance. In your human body there shall be a beauty which shall be felt in a vibratory effect by all the people. And if there is truth behind it, it will lead to the state of activity where you can affect the consciousness of fellow beings towards the Cosmos, the infinite guru of all gurus, the God of God, the Creator, the architect, the designer of this being. ~ March 24, 1972

This is the gift, this is sound current. It’s a permutation and combination of sounds, which create waves to reach Infinity, and the Infinite brings infinite knowledge. ~July 11, 1996

If the tongue is used correctly, the sound current has infinite power on God. It can bind God. It has the power. This is the only power which is given to a man to excel. It’s called Vaak Siddhi—the perfection of the sound projection.  ~ February 24, 1997

What you talk is not a sound current. The sound current is that which you create with the organic matter of your body, where you use your pranas. And that has a projective power. Through the mouth you utter a sound current and God listens by with love. ~ February 24, 1997

Mantra is not something you can relax about. It is a very accurate, immaculate, and sensory projection. You have seen people who say, “You are blessed.” It changes the entire psyche of the other person. That one sound is enough to resound in the entire thirty trillion molecules of a person and it change the frequency and the psyche. ~ July 23, 1998

Home » Yogi Bhajan Quotes on the Sound Current and Mantra