Home › Experiences › Our Stories › Yogi Bhajan: The Ladder of Truth 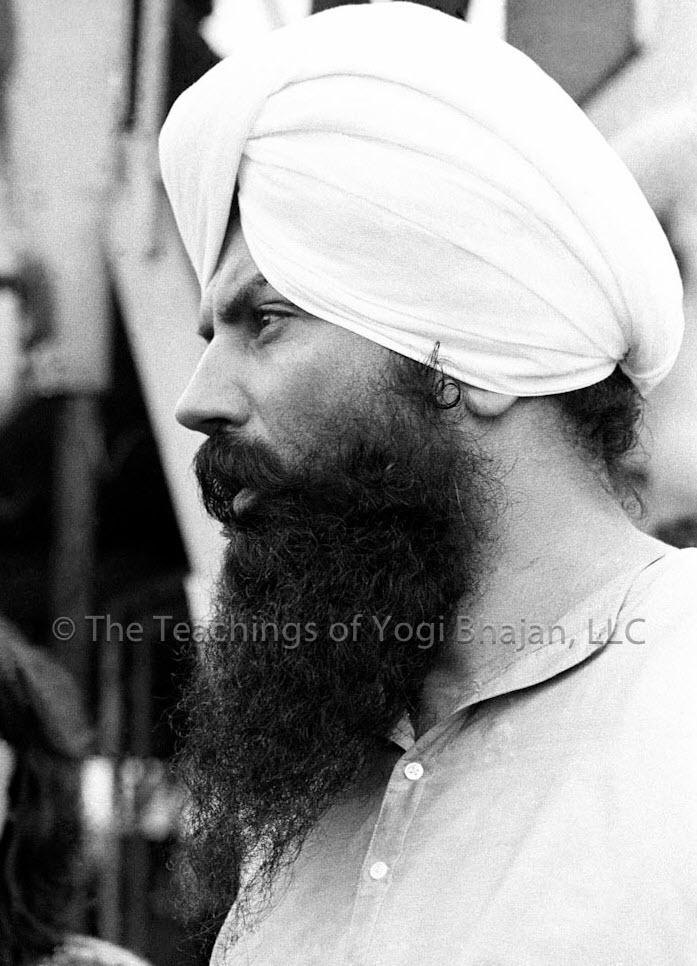 Spirituality is not for wusses. Let me explain why.

From my observation spirituality typically attracts those that the world hasn’t treated fairly. If you’re happy with what this world has granted you, why look elsewhere?

Now, by no means am I saying that these are the only people spirituality attracts. Not at all. In fact, many satisfied persons seek more through the love of Christ, through the law of the Jews, or through the truth in all great lifestyles or religions. However, it seems these days there are a lot more people who are dissatisfied with life than are satisfied.

The ‘promises’ held out by all-time honored religions and/or lifestyles are enough to elevate the disgruntled to a less disgruntled state. These ‘promises’ can be defined as follows: If the spiritual aspirant accepts the teacher, the teachings, and/or God as the provider, protector, and grantor of salvation in his or her life, life will gain happiness, relevance, and liberation. The more the spiritual aspirant can be in ‘devotion to’ and ‘trust in’ this concept, the more content life becomes.

I’m making grand assumptions here to show tendencies, not prejudice. Tendencies lead to understanding; prejudice leads to destruction. So when Marx said, “Religion is the opium of the masses,” he wasn’t all wrong. If by ‘opium’ he meant relief, he was right. He was mistaken if he meant religion to be a refuge. Relief combined with a sincere duty can significantly serve an individual. In these regards, relief is not the backing out of life as so many believe. It is the true experience that work and worship go hand in hand which makes religion real.

The spiritual aspirant is on the right track when he or she surrenders to another reality, a reality outside of their own worldly experience. That’s why those who deny God’s truth never understand the ether, the subtle experience of spirituality.

At this level spirituality can be looked at as a progression. In the Old Testament, Jacob gives us the illustration of a ladder. Each step brings one closer to God. The first step of accepting the ‘promise’ is relatively easy. Results are experienced immediately. It’s an experience of not being alone anymore and practicing the faith to expect more. This is a marvelous initial state.

Each step becomes progressively more difficult until the step requiring discipline (duty) is reached. The pressure becomes increasingly more unbearable as these more difficult steps are dealt with. Once traversed, the difficulty previously experienced seems light in comparison to the next step, and so on.

Hope, faith, belief, and trust become the same mental discipline as true trust in God becomes mandated in order to ascend higher up the ladder. Hope is a beginning dream; faith is great yet becomes ephemeral; belief is wonderful so long as it doesn’t slip to a debatable stage; but, trust is eternal. True trust in God happens when life is sincerely put in God’s hands. Any fear, doubt, hate, insecurity are suspended, then disconnected from reality. Now, that’s a lot easier to say than do.

At this point, life becomes unendurable once again. More so than ever before. Only true trust in God and His ability to overcome any unbearable situations will suffice. Many believe that they’re capable of dealing with trust at this level only to become discouraged as time doesn’t reward them as quickly as anticipated. Trust must be real otherwise true security will not be gained. Yes, fake it until you make it, but real trust isn’t experienced until you’re faking it becomes real.

This difficult step is the first rung on the ladder to true spirituality. Everything done previously is in preparation to overcome this step and experience true trust. Think of this, just sit in one place and see what God brings to you. First discrimination is necessary or too much time will be spent on non-productive processes. Then grit, true grit, the kind of grit it takes to keep up trusting in God is required when more and more pain, disillusionment, and doubt attempt to enter your consciousness. This caliber of grit is needed to overcome these tests and challenges which accompany failure after failure. The ‘never turning back’ kind of grit exemplified by Arjan Dev as he withstood being put on a hot plate for five days. What a story our history and our daily Ardas, our daily Prayer, models for us.

Everything from music to spirituality is a progression. Most don’t know the notes are written and played by God. This is hard to accept intellectually. It’s hard to find a balance between what we see and what we do, especially if we’re just learning this song. Recognition of the fact that you’re really not in control of your life makes climbing this step easier.

Our beloved teacher, the Siri Singh Sahib, Yogi Bhajan, took it to the last rung and he often said, “In God I dwell.” The “dwell” stage is merger with the Infinite. At this stage, it’s no longer about trust. It’s about pure love. When the aspirant loves Guru Nanak, Christ, (you can plug in the name of any true ticket to Infinity), and loves in the manner acceptable to the Giver, God bestows the blessing of merger between the aspirant and Himself unto Infinity. In plain terms, the aspirant becomes God. Wahe Guru.

Home › Experiences › Our Stories › Yogi Bhajan: The Ladder of Truth