Yogiji was Very Fond of Animals 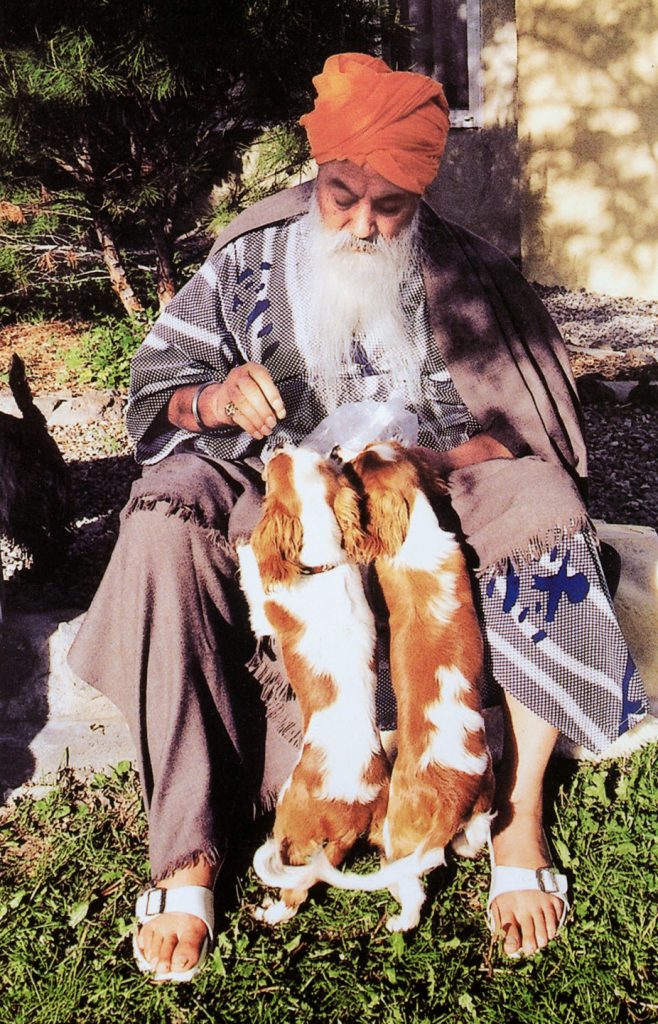 *This image and words from Soorya Kaur (staff member of Yogi Bhajan) were shared on pages 24 of her book,  YogiJi – The Light of Our Souls, written in 2005

Yogiji was very fond of animals.  When he first came to America, he had his dog “Nasi” flown in from India.  She arrived pregnant, and with one eye!  As he travelled, his 3HO family grew, as did his family of animals.

From England, he brought back a white terrier.  Once, during a weekend trip to the Santa Fe Flea Market in New Mexico, he bought two little pigs that grew into colossal pigs.

One of his students, who bred Rotweillers, presented Yogiji with one for the Ashram as a guard dog.  The entire staff was terrified of him.  I couldn’t walk down the pathway to get into the house without psyching my mind to think positively of getting there unscathed.  On the ranch in New Mexico, the menagerie of animals grew to many dogs, cats, peacocks, emus, goats, horses, ducks, and of course the pigs.

Several of the dogs in the ranch knew that when Yogiji came outside, or they were allowed to come inside the house, it was party time!  He would feed them with too many extra dog biscuits.