Home › Experiences › Our Stories › You Know He Prays for You 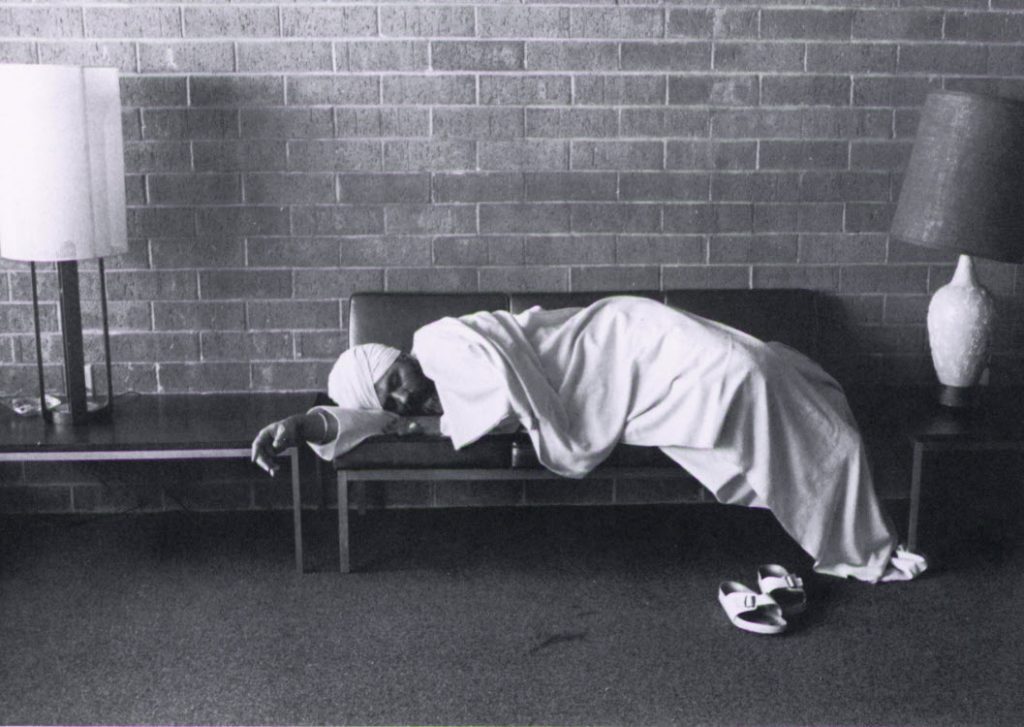 Shared by Manjit Kaur Khalsa of Espanola, New Mexico, USA, on page 110 of the book, “The Man Called the Siri Singh Sahib”, published in 1979.

Before experiencing the greatness of the Siri Singh Sahib and the evolution of consciousness he catalyzed on this continent and the world, I was lost. I didn’t know what I was, thought I was doing fine and was headed rapidly for oblivion.  My first happy, so-high, groovy, far-out, Solstice was actually a most powerful channel for my growth.  So many new ideas shocked me – the power of White Tantric, the values about marriage and family, the great respect shown towards the Siri Singh Sahib.

After the weddings that Solstice, I wandered up near him.  He looked at me- and though I didn’t have my glasses on, I knew he was tuning in to me.  From then on, it seems I’ve been guided by him. Though I did not see him for long periods, he was that distant godfather who was really the primum mobile for our ashrams.  We followed his teachings – alum and salt (gagghh! But what a light trip for the sinuses!)  Ek Ong Kar Sat Nam Siri Wha Guru (one of the greatest tools for us poor souls!) Potent Potatoes, … and then the white clothes, turbans, and firmer commitments for every corner of our lives.

The 180-degree turn seemed slow and gradual, but I was emerging from that dark period of insecurity which still cloaked me.  How much pain he filtered for us, how much dirt– so much love and inspiration, and in a way, best of all, the self-respect he gave us – but only so we could grow, to lead others to happiness through our simplicity and love.  In his great experience, he stood totally under us, raising us on his shoulders above the crowd, so that we might see the great light of Truth in action.

He raised us in every imaginable way.  You knew he prayed for you – many times I have felt indecision, and then a quiet voice would guide me, which was his humanistic wisdom reflected in me.  You know he works day and night to inspire, teach, and serve others- but in such a way that no two people receive the same treatment.  He is so universal, that he can be completely personal, because each man is God and in his great faith, the Siri Sigh Sahib is actually helping to manifest the Divinity in each of us.

Seed of the Future

If you ever find me in a very sick condition, all you can do is pray for me.  I am not the future, but I did carry the seed of the future.  An airplane is never the airport, but it is the humble link.  If Guru Ram Das, out of his grace, he has blessed me to be a link in spite of how rotten I am, through what a tragedy I am living, and if the time is going to judge that I did it right, let time be the judge to record it as right.

Home › Experiences › Our Stories › You Know He Prays for You