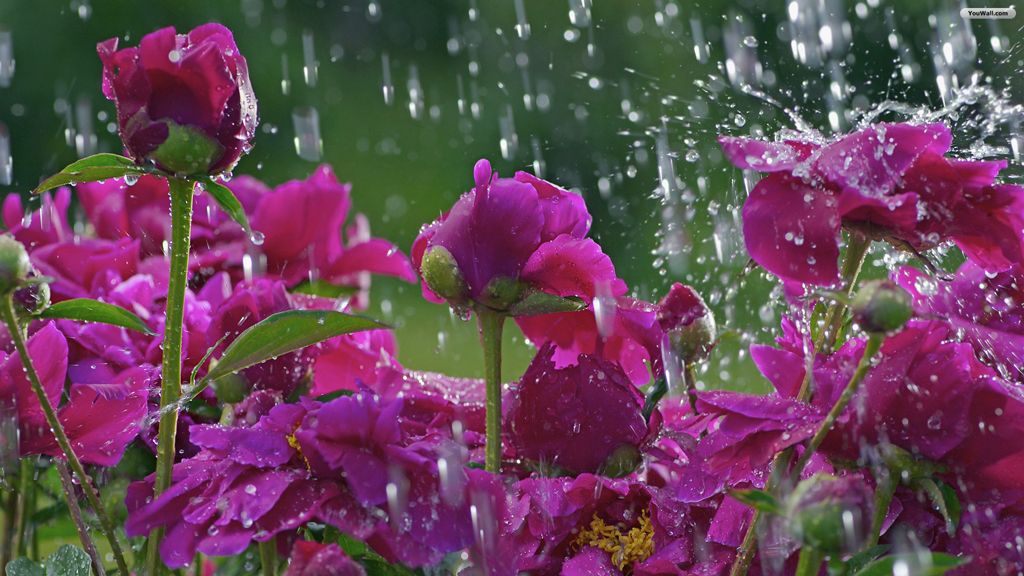 I recently had a very powerful memory of my experience of the songs we sing as Khalsa.  Livtar’s “Song of the Khalsa” was probably the first song I was able to memorize and sing with my eyes closed, visualizing Livtar’s strong images therein.  However, another song by Guru Dass Singh, “Flowers in the Rain“, pushed me past my feelings of selfishness, which we are all so often subject to.

Yogiji spoke at least a few times about his belief that the Americans (us, we, ME!) who found Sikh Dharma (through Kundalini Yoga) were very likely to be reincarnations of those frightened souls who ran from Guru Gobind Singh’s call for the “head of a brave young one” that first Vaisakhi Day. The song says “many did they run away and many did they hide … ” Those particular words always affected me with shivers down (or up) my spine when we sang them during gurdwara or any 3HO/Sikh Dharma function. To be honest, I did not relate to them in any real or personal way except as powerfully true of that time and that place, which I had no experience or memory of.

That is until I ventured to India in 1980. It was a short yatra; only about 30 days; yet full of intense events for both myself and my wife, Sat Inder Kaur. For example. I remember getting violently ill upon my first bowing at the Golden Temple upon arriving in Amritsar, an illness which I carried with me throughout the yatra. I suppose I was cleansing as per the Guru’s instructions. The doctors called it amoebic dysentery. I called it and the awful medicine Sat Inder and I had to experience daily for a month after getting home, some kind of karmic catastrophe. I wasn’t sure if we were burning karma off, or burning up within our Akashic debt. We survived.

There was the walk up Hemkunt Sahib in a mild early winter storm, just flakes floating down. I say “walk” but unlike most of the others, I staggered much of the way until I came to the small ice encrusted pool at the top. Breaking through the thin ice, I found the water warm and welcoming. I also bathed in the sounds from the surrounding hills, yogis and holy people chanting in the place where Guru Gobind Singh spent his life meditating before being reincarnated as the Tenth Guru.

There were so many places where we visited and bowed our heads and said our prayers: Harianvela with Baba Nihal Singh and his unbending Nihungs where we awoke to the fragrance of spinach pakoras and chapatis being prepared for our breakfast; a train ride where a small group of us reading Jaap-ji were startled by an older Indian gentleman, wide eyed, smiling and full of life, popped up from his slumber and declared “Wahe Guru” before falling back into his blankets; and the room where Guru Teg Bahadur spent years meditating and where all who entered  went into a state of divine and meditation.

All of these incredibly uplifting events though did not prepare me for what happened at Keshghar Sahib in Anandpur Sahib. It was near the end of our journey and I was totally ready to head back to my more comfortable home life at Sat Tirath Ashram with its privacy, our apartment, and the luxurious shower, cold, cleansing and splashing unlike some of the weak Indian faucets we had to crouch under in the half dark of the amrit vela.

As I shuffled forward with my rupees in my hand, folded in prayer pose at my heart center I wondered what words I might pray at this powerful place. But nothing was coming to me, I was a walking blank. I had prayed at the other shrines to be healed, to be uplifted, to return (as I did in 1995) but there was little or nothing else that I could possibly ask for in this birthplace of the Khalsa. I was in a near panic as my turn came, I would bow but there was nothing in my heart, mind or tongue I could say, nothing. As my head touched the cool marble, in the presence of the Siri Guru Granth Sahib, a clear, unaccented, strong voice spoke in my head “You shall never leave me again.”   I rose, looked around but it was obvious no one else had heard those words but me. To this very day, those words still ring in my head, my heart and certainly in my soul. They have saved me many times over the past years and I am sure they will save me in whatever future years I have left. Wahe Guru!

Read the Origins of Song of the Khalsa:  A Recollection from the Author

Listen to Flowers in the Rain: