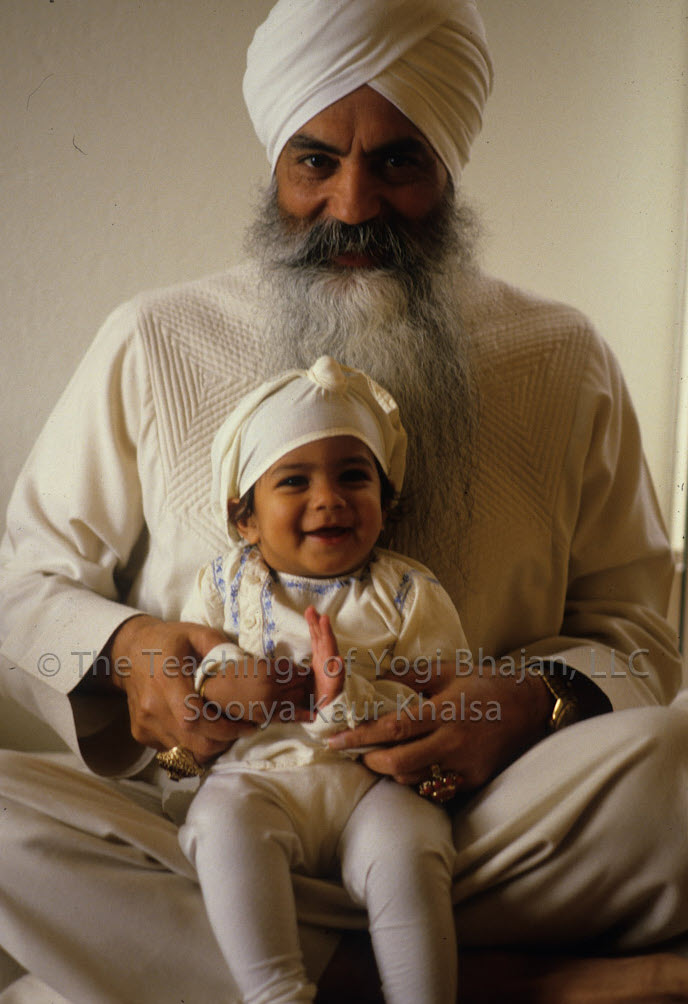 Dada walked five miles each day:
After sadhana he walked to the river to bathe.
Ishnan and Simran on the banks of the river
Was his simple daily routine.

At exactly 11 a.m.
He’d return to the house for the children
And wrestle one hour, no one could beat him.
In five seconds flat, he could bring anyone down.
Six foot two, skinny and strong
He taught the tactics – right and wrong.

He ate one meal precisely at midday:
Two chapatis, one vegetable, one serving of dahl.
At night: one quinine and Darjeeling tea.
Conscious and meditative he passed his days.

Grandmother served him. They spoke in silence.
Riches he had, a powerful domain,
But he always maintained his saintly routine.
“What can I do,” he said, “when woman can do all?
Man is a constant. Woman: the source of Creation.”

He spent his days
In simple Divine understanding.

Here’s the introduction shared from this book:

Dedicated to the children of the Khalsa everywhere

I had the unique opportunity of serving as a bodyguard to a spiritual master, Siri Singh Sahib Bhai Sahib Harbhajan Singh Khalsa Yogiji, popu­larly known as Yogi Bhajan. In this job, I found myself witnessing a Master at work in every kind of environment. There were thousands of lectures and transcriptions of his teachings, but few publi­cations which actually demonstrated his endless compulsion to teach, correct, uplift and provoke all people he met towards higher consciousness.

This then, is a collection which describes his teaching – not “in class”, but in “the living room”: within his personal, social and political obliga­tions. This I hope shows a man who was at every breath, a constant diagonal energy; in essence: a brilliant spiritual teacher.

I offer these poems as a form of gratitude for my own awakening, which occurred through serv­ing and studying him.