A Child of 3HO 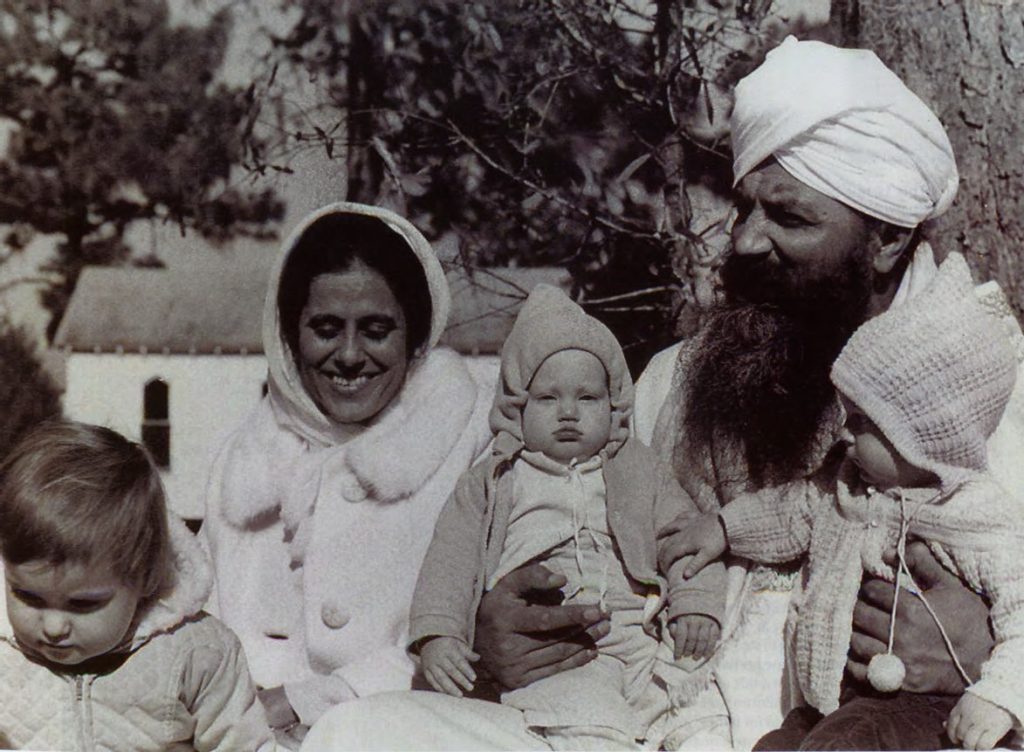 This article was written by Simran Kaur and appeared in the winter 2005 Aquarian Times Magazine.

Yogi Bhajan married my parents in June 1971. They were then entrusted with the founding of Guru Ram Das Ashram in Brooklyn, New York.  This is where I was born in May, 1972.  At the time, I was the only American­ born Sikh child in the city. The ashram was a 4-story brownstone, and there were 17 adults living there. Growing up, I considered everyone an “Auntie” or “Uncle.”

In June of 1972, when I was just 3 weeks old, my parents drove across country in a VW van to Elk, California, where Yogi Bhajan held one of the first Summer Solstice Celebrations; I must have been in a hurry to see Yogiji.

In the early 1970s,YogiBhajan’s travels often took him to New York.  My early recollection of him comes not as a single memory, but rather as a feeling of him. He was like my father: cozy, joyful, playful, deserving of my respect, and uncompromising in his desire for me to be and act great. He is someone I loved being around, even as a child.

Yogiji would often guide my Mother on how to raise a “great spiritual being,” training her to share his own child-rearing teachings.  When I was just a baby, he and my mother played toss with me, throwing me back and forth from a distance of about 6 to 8 feet! He said this would make me fearless. I like to think it worked.  When I was about 3 years old, Yogi Bhajan was in New York for one of his many visits. He sat down in his chair and motioned for me to come and greet him. But that day, I decided to play a game ,and hid behind my mother’s dress, playing shy, though I wasn’t.

“This is not how my Simran should behave,” he said. And he told my parents that they should send me to live in the children’s ashram in Washington, D.C. “Distance Therapy” he called it. Send a child away when they are young and they will not leave their families when they grow up. Thus began my life-long adventure with traveling.

Being away from my parents, my first acts in D.C. were childishly destructive and I got into trouble a few times.

After that, I adapted well to life away from home.  I remember especially playing on a great covered slide, doing Kundalini Yoga, having a bunk bed with a space in which to keep my things, and having lots of fun. 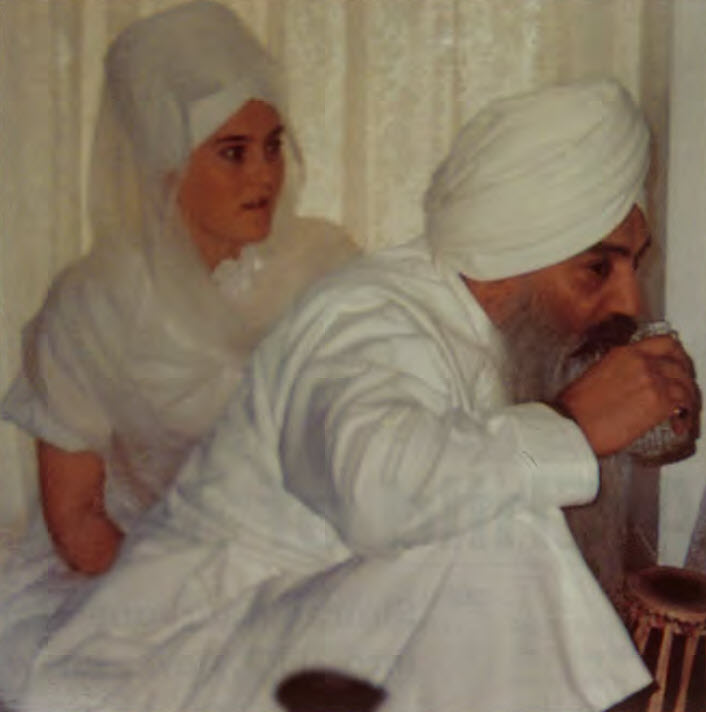 The author, all grown up, with Yogi Bhajan

Even in my childhood, Yogi Bhajan’s teachings were very important to me. Each time news came of something new to do, it was like a gift: a food to eat, a meditation to do, or even something to say.  My favorite was when my father came home and said that Yogiji had just given a talk about the titles by which Sikh children call their parents in Punjabi: Papaji for fathers and Mataji for mothers.  Ji is a term of respect. I recall being tickled by this news and thought it was the neatest thing.  I immediately began to call my parents Papaji and Mataji.  To this day I still do, and ask my children to do the same.

Being away from my parents honestly never fazed me. I always knew they were my parents, and we talked on the phone often. They also visited me regularly and came to many classes on the East Coast when Yogi Bhajan taught.

In June 1981, the first large group of American Sikh children went to India to start school there. I wasn’t able to attend the first semester, but five months later, with Yogiji’s blessing, I was on a plane to Delhi with SatSimran Kaur, Yogi Bhajan’s secretary.  She was going there to make arrangements for Yogiji, as he would be traveling to India soon.  I had a few days in Delhi, staying at Yogiji’s parents’ house, having my palm read by an old astrologer friend of the family, going shopping, and acclimating to India.

Arriving at the school in November, I was happy to see many of my friends from America and to meet children from all over the world. The girl’s school, Shangri-la, was at 7,000 feet and from it we could see the beautiful snow-capped Himalayan peaks.  It was a boarding school much like the one in Harry Potter. When I arrived, it was already quite cold and school was just letting out for the winter break.  The school was still reeling from the new group of freewheeling American children who were already giving the school trouble. Well­ behaved Indian children who never got out of line were the norm.  We were rambunctious, rowdy, and often naughty, breaking curfew, sneaking around school, and just being mischievous children; nothing dangerous or hurtful, but fun and unruly.

During the break, we American Sikh children stayed behind to wait for Yogiji to come and visit us. When he arrived, we met him at his hotel, excited about seeing him.  We all loved and respected him.  We gathered around him as he talked to us about being good, obeying our teachers, growing strong, and becoming leaders. He said, with a wink, “Do mischief, but don’t get caught.”

One day  in  the  mid-1980s, during the Khalsa Council* meetings in Florida, all the youth were playing at the pool. Yogi Bhajan was walking by and called all of us to join him in or near the hot tub.  He sent the adults away with a twinkle in his eye, yelling, “Adults, do not listen!”  We all laughed.  Then he taught a “Youth Only” yoga class.  It was great to be able to learn directly from him in such a cozy setting.  What an honor.  What fun.  I guess the Master of Kundalini Yoga loved to be mischievous too.