Home » A Look of Grace 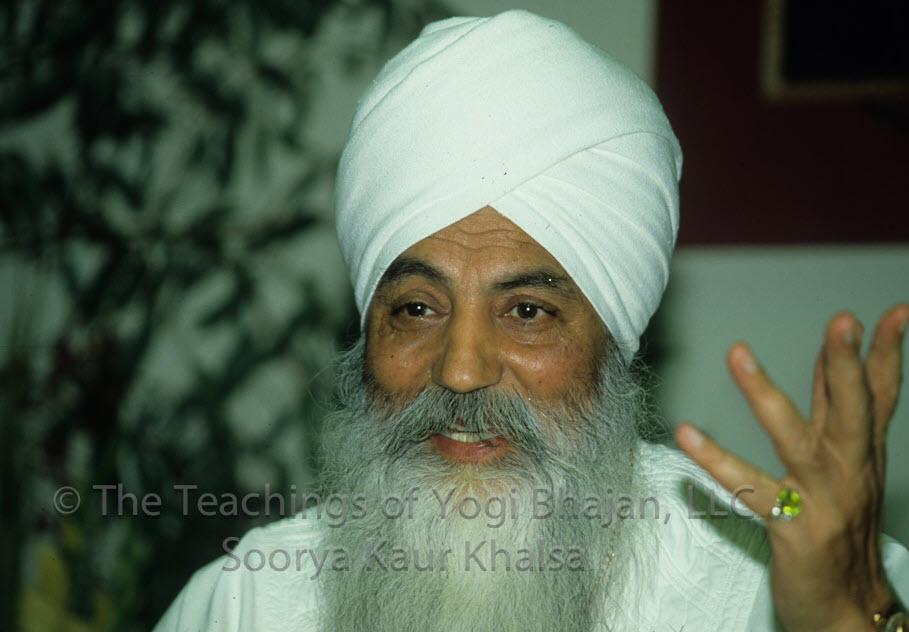 This was shared on page 91 of the book, The Man Called the Siri Singh Sahib, which was published in 1979 and written by S.S. Ek Ong Kar Kaur Khalsa, Los Angeles, California

Siri Singh Sahib Bhai Sahib Harbhajan Singh Khalsa Yogiji,-then known simply as Yogi Bhajan, sat on the platform in a meeting hall, in Berkley, California.  It was the room where on-going Kundalini Yoga classes met twice a week taught by a student teacher.  That night the Siri Singh Sahib himself, came to teach us, and be with us.  It was the first time I saw him.

As light attracts darkness, a very dark force clothed as a big husky man, kept jumping onto the stage, talking a kind of mumbo-jumbo, attempting to “mesmerize” the class.  The Siri Singh Sahib motioned to his students, who were moving in to escort the madman off the stage, to relax and let him be.  While the man did his number, the Siri Singh Sahib sat, relaxed and radiantly beautiful.  His body was perfectly quiet.  Only his eyes moved.   I followed them as they looked about the room.  And you wouldn’t believe it:  everywhere he looked, there was perfection.

By virtue of that one pair of eyes, wherever they fell, everything was right.  I was quietly amazed.

Home » A Look of Grace