Home › Experiences › Our Stories › A Test 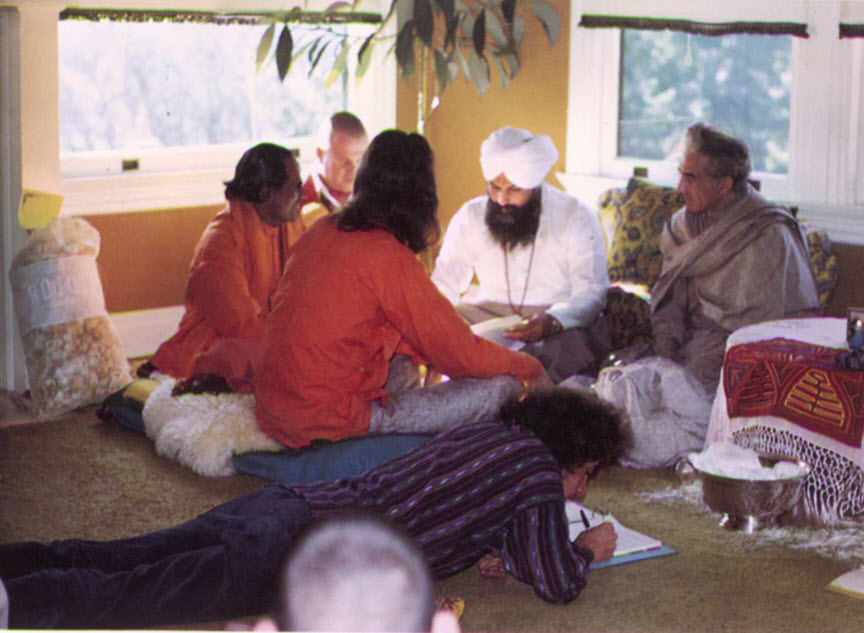 This was shared on pages 92-93 in the book, The Man Called the Siri Singh Sahib, which was published in 1979 and written by M.S.S. Baba Singh Khalsa, Log Angeles, California

One night in November 1970, we were at the Sikh Study Circle in Los Angeles.  This was during the time when were first being introduced to Sikh Dharma.  We were attending a celebration in honor of Guru Nanak’s birthday.  We were having a late langar, (a meal at a Gurdwara), it must have been 10:00 or 10:30 pm. Just as we were getting ready to leave, Yogiji looked up at the wall where a picture of Guru Nanak was hanging.  He asked, “Why isn’t there a garland of flowers on Guru Nanak?  I said, “I don’t know, sir.”  He said, “What do you mean, you don’t know?”   There should be a garland on Guru Nanak by morning.”   The next morning, the actual celebration would begin.  I said, “Yes, Sir.”

So, I drove him home, and then I went out combing Los Angeles at midnight on a Saturday night, looking for flowers.  Well, there are no flower stores open at that hour in Los Angeles.  I even went downtown to the wholesale market hoping they would be open at 2:00 in the morning.  It got worse and worse as the night wore on.  There was nothing open, no place anywhere of any kind.

It got to the point where I sort of gave up.   I went and bought a quart of pistachio ice cream and ate almost all of it, and then I went downtown again looking for a wholesale florist.   When none was open, I went into a donut shop and stuffed myself with donuts just to drown my sorrows, because there was nothing I could do.  There was no place open!

Then, finally it dawned on me, that maybe I could find an all-night supermarket.  Sometimes, they have flowers.  So, I found one, Mayfair Market.  I went in and bought some flowers.  I went over to the Sikh Study Center, with a needle and thread, and I began sewing a garland of flowers. 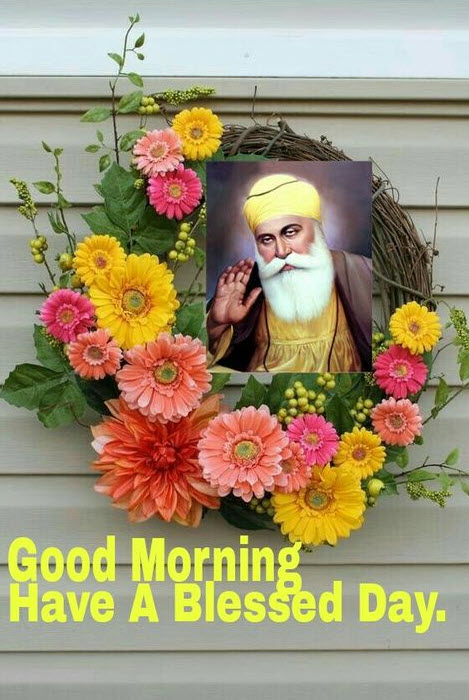 Just as dawn was coming, around 4:30 or 5 o’clock, I had the garland finished.  Some Indian ladies there had been helping me, showing me how to thread the needle, how to sew and everything, and they said I was very nice and very devoted.  So finally, I hung the garland up on Guru Nanak, and it looked beautiful!

So, I thought, God what a test!  I’m so tired and we’ve still got to come back here.  I arrived back home, very quietly opened the door and went in.  And there, I found the Siri Singh Sahib sitting on my bed!  He never sat on my bed, he always sat on his own bed!  He was propped up in the corner, with his eyes kind of half-open, and you could tell he had been up all night.  You could tell he hadn’t gone to bed.

I walked into the room, completely exhausted on every possible level, what with the sugar from the ice cream and donuts nearly destroying my “physical”, and not having slept all night.   He looked at me.  He didn’t say anything, he just opened up his arms, and I came in and fell into his arms.  He put his arms around me, and I fell asleep on his shoulder.  It must have been for about an hour.   They next thing I remember was, “Okay, Baba Singh, get up, get your shower, let’s go to the Sikh Study Circle.”  I really felt like God had welcomed me into His arms, and Yogiji had known every minute what I had been doing the entire night.  He had just been following me all around in his astral body, and I was too foolish to know it.

Home › Experiences › Our Stories › A Test