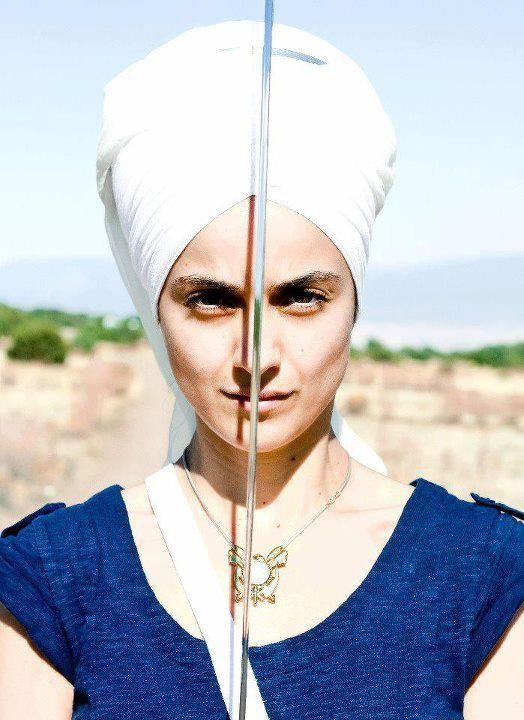 This poem is from page 72-73 of the book Furmaan Khalsa: Poems to Live By by Siri Singh Sahib Bhai Sahib Harbhajan Khalsa Yogiji

The whole Creation is Sarah Shakti.
Meditating on her the Tenth Gate opens.

Rama, Krishna and Buddha all meditate.
Moses, Jesus and Mohammad all bow.

God springs forth from the Primal Sword.
The Khalsa meditates on Pritham Bhagvatee.
Nanak, Angad and Amar Das all brought us the Amrit.
Guru Ram Das brought us God’s meditation.
Guru Gobind brought us Deathlessness
through daily Sadhana.

On the Throne of Raj Yoga sits Siri Guru Granth.
Its Infinite Word shines everywhere.
Meditating on Adi Shakti the blessing of Shabd comes.
After meditating on Pritham Bhagvatee
meditate on Guru Nanak.

Practicing Raj Yoga and chanting the Nam,
Oh Yogi! One gets Inner Balance and lives in Reality.

(As it appears on page 257 of the book Furmaan Khalsa: Poems to Live By)

Adi Shakti, the Mother of all things, the source and nourishment of all life, has always been worshipped on this planet, and as Khalsa we bow to the Divine Mother before all else, in our daily prayer, the Bhagauti Ardas.

The Kundalini Shakti Mantra is:

Can you imagine having five different terms in English to describe the feminine creative energy? Our modern culture has sure been interested in other things!

After stating that the saints and sages all meditate on, and bow to the power of Adi Shakti, and that She is the majestic energy of Raj-Yoga Itself (Kundalini), the Siri Singh Sahib goes on to discuss Pritham Bhagvatee as She manifests within the Sword. As Khalsa we worship the sword. Guru Gobind Singh always bowed to the sword and in the prayer of Benati Chaupai he describes God as “The God of the great, “supreme, and all-powerful Sword”, and says that God has a Sword on His banner.” The tenth Guru often addresses God as “Siri Bhagauti”, the Supreme Sword.

At rest, the sword contains the potential to defend life. In flashing motion, the sword is the Will of God in the moment-to-moment action of defending Righteousness and Truth. The sword has a life of its own, through which the power of God flows, (if we allow it to, by getting our own ego out of the way.) The light, power and strength of the shining steel is the very image of the light, power and strength of God.

In this poem the Siri Singh Sahib says that “God springs forth from the Primal Sword” and then he quotes the first line of the Bhagauti Ardas:

“After meditating on Pritham Bhagvatee, meditate on Guru Nanak… ” (Guru Angad then Guru Amar Das and Ram Das, may they grant us their protection). It is through meditating on Adi Shakti that even the blessing of the Shabd itself comes to us.