Home › Experiences › Our Stories › At the Feet of A Master 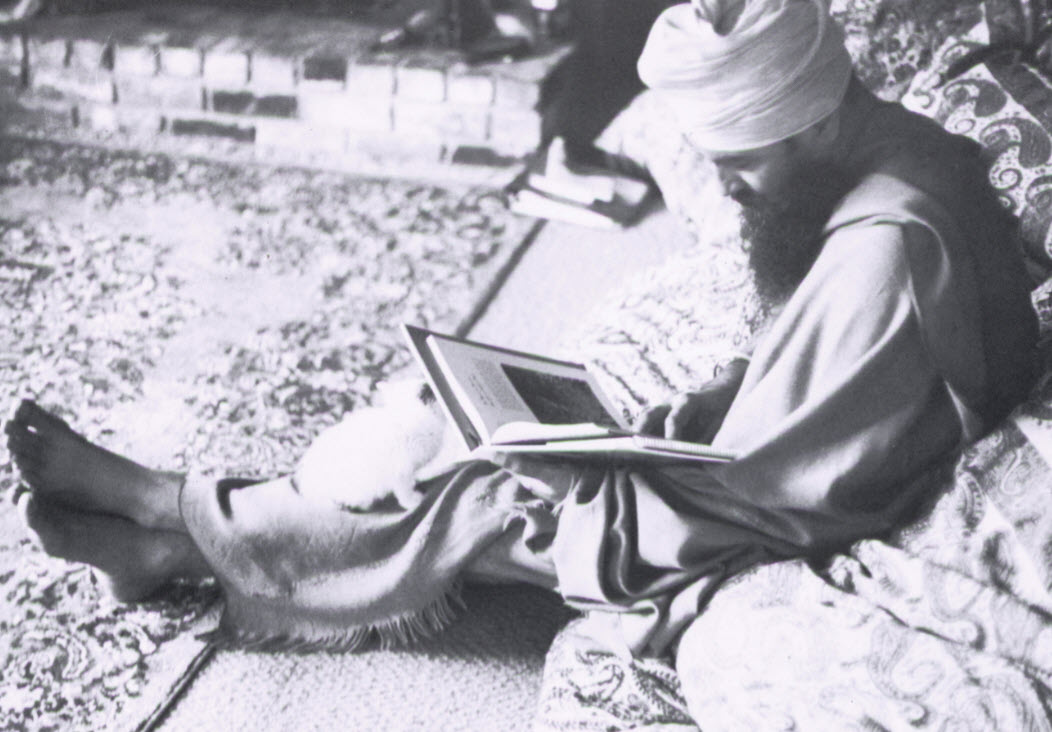 This was shared on pages 74-75 in the book, The Man Called the Siri Singh Sahib, which was published in 1979 and written by S.S. Ram Das Kaur Khalsa, Los Angeles, California

Once somebody went to a spiritual teacher and he said, “Master, take me.”  The teacher said, “Taken,” Another man came.  He said, “Master, I think there is a God, and without experience, it cannot be found, and without a spiritual teacher, it cannot be realized, and I understand you are a great master.  Can you help me?”  He said, “Sure.” A Third man came.  He said, “I have found God, you have found God, can we exchange our Gods?” The master said, “Good for you.”

Somebody had been sitting and watching the whole scene.  He asked the Master, “Who among them has won?” The Master said, “The first one.” He said, “How come?” The Master said, ‘He came and said Master, take me.’ I said ‘Taken.’  Now it is my spirit, my consciousness, my soul which is responsible to see that he is delivered.  If I don’t deliver him, I go to hell.  Now it is my problem, it is not his problem.”

The above story was told by the Siri Singh Sahib at Women’s Training Camp, in the summer of 1976.  It tells of the ideal student, who only through his total unquestioning surrender to his spiritual teacher, can reach God.  The relationship of student to teacher is a relationship of the heart.  It is a relationship of love and obedience, devotion, and trust.  The other two seekers in the story came to the master with intellect and questions.  They came with their heads on their shoulders, instead of their heads in their hands, offering their egos in exchange for the wisdom of the spiritual teacher.

If you wish to play this game of love with me,
then come walk on my path laying your head in the palm of your hand.
~Guru Nanak (1412)

I came to a great master, Siri Singh Sahib Bhai Sahib Harbhajan Singh Khalsa Yogi ji, in 1970.  I came with fear, doubt, questions, ego, and an earthbound mind, and he, in infinite compassion, took me as his student.

It has taken me seven and a half years to realize what having a spiritual teacher means.  In his God- consciousness, the Siri Singh Sahib reached down and lifted me from the hell of worldly entanglements, brushed the dirt from my clothes, and set me on the path of self-knowledge. He never asked anything from me, he never demanded from me, he simply gave his love and knowledge.

He was there at every crossroad with his wisdom to direct me towards higher consciousness when the lure of finite existence and maya seemed sweet.  He
was there as a father to wipe away my tears of painful insecurity, and replace them with techniques to experience my strength.  He sent me to my Father’s house, (the Golden Temple), to experience my Guru and offer my head to Him.  When I doubted the Siri Singh Sahib’s advice, he kept teaching, and when I doubted myself, he exalted my virtues of strength, courage and fearlessness.  When my own light was dim, his light showed the way.

He blasted my ego, to reveal the Infinity within me.  Through humility, he was my first example of a real human being.  His mind and soul belong to the ethers, and his feet walk the earth to uplift humanity unto God.

I never knew the depth and infinite expanse of the Siri Singh Sahib.  Even now, I cannot see him; for how can the finite know the Infinite.  But in the heart of my hearts, I feel him alive within me always.  I no longer feel his absence.

The longing to belong, to the one spirit of God, is a constant beating in my every fiber.  There is no difference between the saint of God, and God.  He is the refuge of the lost and forsaken.  He takes all under his wing …we may be deserving, or undeserving, that is his greatness.
There is nothing on this earth with which to compare this saint, for he is beyond time and space.

Guru Arjan has described the caliber of a man like the Siri Singh Sahib in Sukhmanee Sahib in the eighth Ashtpadee:

No one can appraise the worth of the ideal man of God.
Everything is within the limits of his soul.
Who can fathom the depths of his mystery?
We should bow to him in reverence.
It is not given to us to interpret even a letter of his praise.
He is the Lord of all.
Who can tell the extent of his greatness?
Only a man as perfect as the man of God consciousness
Could measure the reaches of his soul.
He has no end or limit.
Ours is to stand in awe and reverence before him.

Now, I know there is nothing else to say except, “Master, take me.”  You had already accepted me, with all my emotion, insecurity, stubbornness, and lack of discipline, because here I am, walking on the path of Guru Gobind Singh.  And it is you, who brought me, and blessed me to live in gratitude.  It is because of your selflessness that I now utter “Wahe Guru!” Only a man of your greatness could have said. ”Taken.”

Home › Experiences › Our Stories › At the Feet of A Master