This article was first posted on Mr. Sikhnet on January 22, 2007 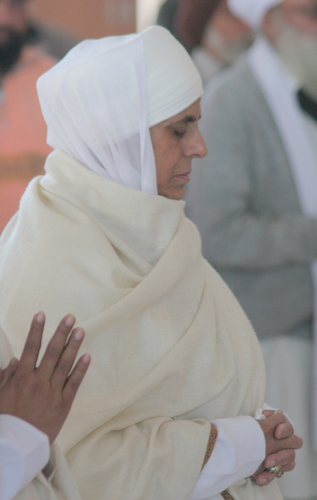 Today is the birthday of a great soul, a true Gursikh, and the person I have regarded as my mother for my entire adult life – Bhai Sahiba Bibi Inderjit Kaur lovingly known as BibiJi , wife of Siri Singh Sahib Bhai Sahib Harbhajan Singh Khalsa Yogiji. To me, she is known in my heart simply as “Bibiji”.

Bibi Inderjit Kaur was born on January 22, 1935, in the town of Wazirabad in the district of Gujranwala which is now part of Pakistan. She was born into a devout Sikh family with a powerful lineage.

Her great-grandfather was Bhai Sahib Abnasha Singh who was a known and respected saint and healer of his time. When Maharaja Ranjit Singh was stricken with small pox as a child, he was brought to Bhai Abnasha Singh for treatment.

Ranjit Singh came in royal splendor with great pomp and show, and Bhai Sahib admonished him saying, “You should not have come with all this nonsense. You have disturbed my meditation!” But ultimately he did bless Ranjit Singh. He assured him that even though he had already lost one eye to the disease, he would heal and his other eye would be preserved.

Later in life when Maharaja Ranjit Singh held rule over the Punjab, he bestowed the title of Bhai Sahib to Abnasha Singh in acknowledgement of his deep spirituality. He told Abnasha Singh to circle as many villages as he could on horseback in one day. These he gave to him as a jagir, or land grant, in gratitude for healing him as a child.

Another great Sikh is in Bibiji’s family tree is the brave and loyal warrior, Hari Singh Nalwa. Once in the early 1990’s I was with Bibiji and the Siri Singh Sahib in India. We all went to Hardwar to see the river Ganges. In the old days, the genealogy of the great families where kept by the family Brahmin in Hardwar.

Once a year, the devote Hindus would go for their purifying bath.  At that time would sign their family book, recording the births and deaths that occurred that year. As Sikh families sprung from the ancient Hindu bloodlines, some also continued the tradition of keeping their family records in Hardwar.

So that day when we visited Hardwar, I learned for the first time of Bibiji’s eminent family and that her family lineage was recorded there. The old Brahmin priest brought forth “the book”, and we all signed our names as having come with Bibiji to the Ganges.

Four or five pages back in the book, there in bold black ink was the signature of Hari Singh Nalwa – the one who defended the Khalsa against all odds. Right there on the page, the gallant handwriting jumped out me! And next to his signature was another one easily recognized.

On that day, Maharaja Ranjit Singh himself had signed the book as the guest of Hari Singh. Not only his signature, but his royal seal was proudly displayed. The two great men came for a cool bath on a hot spring day. It was right there in Bibiji’s family book, five pages back in history from our own signatures. 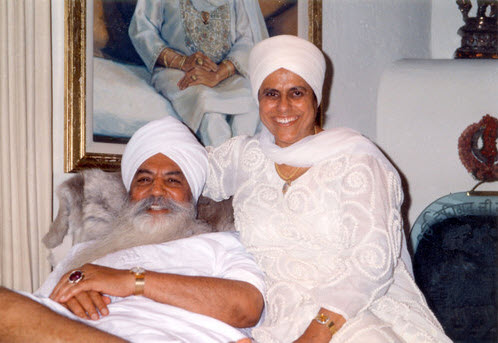 Bibiji came to the United States in 1973, following her husband on the mission of the Guru’s Path.

I remember her spending long days in the kitchen, cooking endless pranteh for the hungry young people that were always coming to see the Siri Singh Sahib.

She taught me, among many things, how to cook a good Indian meal. I think of her, and my heart thanks her every day as my rolling pin sculpts a round piece of dough into a perfect chapatti. But a kitchen has not yet been built that is big enough to hold her.

Bibiji went back to school and earned her PhD in counseling, serving the sangat with endless hours of compassionate listening and words of guidance. With a relentless devotion, she has feed, taught, counseled, consoled, and cared for three generations of sangat in the West. 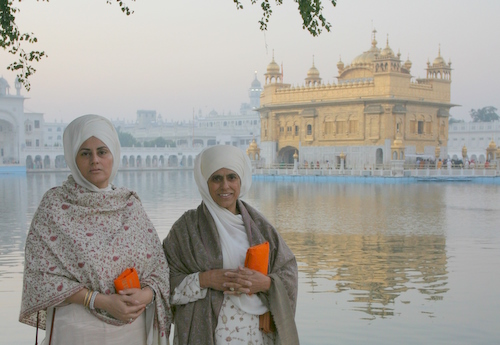 “As a wife, she is neither the “better half”, nor “the other half” of Yogi Bhajan. Rather, she is a perfect profile of him – a harmonious blend of two souls.”

Those words now ring with the melody of truth as she serves the panth in the years since the passing of the Siri Singh Sahib. The Akal Takhat Jethadar has honored her work in the west with the title Bhai Sahiba – the chief minister of Sikh Dharma International. She is known all over the world for her religious work, for her wisdom, for her philanthropy and for her dignity.

But for me, she is still my Bibiji. Happy Birthday. 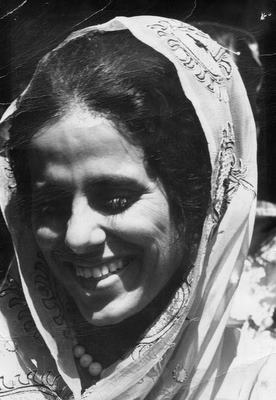 Here is a link to Bibiji´s Create Inner Peace organization

This article has been edited by Sat Bachan Kaur, so it is easier to read as a web page.