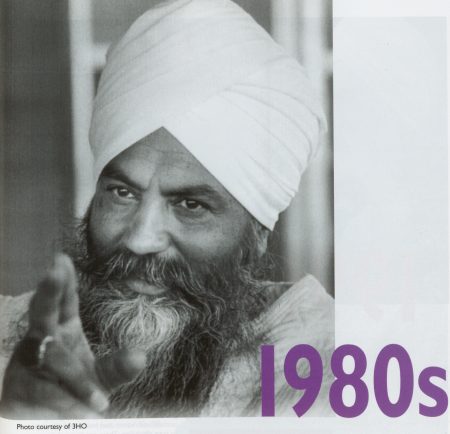 In an article from the Winter 2005 Aquarian Times Magazine 5 lectures from the Siri Singh Sahib, Yogi Bhajan were shared – one from each decade.  This is the one from the 1980s.

Read the introduction of this article by MSS Shakti Parwha Kaur, his first student.

You want to know what God can do for you. Just know what your own sacredness can do for you, and this planet Earth can be saved even now. There is still time, little time, but there is time.